Cameron Stewart didn't think it was all that high, until he flipped off the side of the cliff. The fall landed on the water with a neck cracking thud. 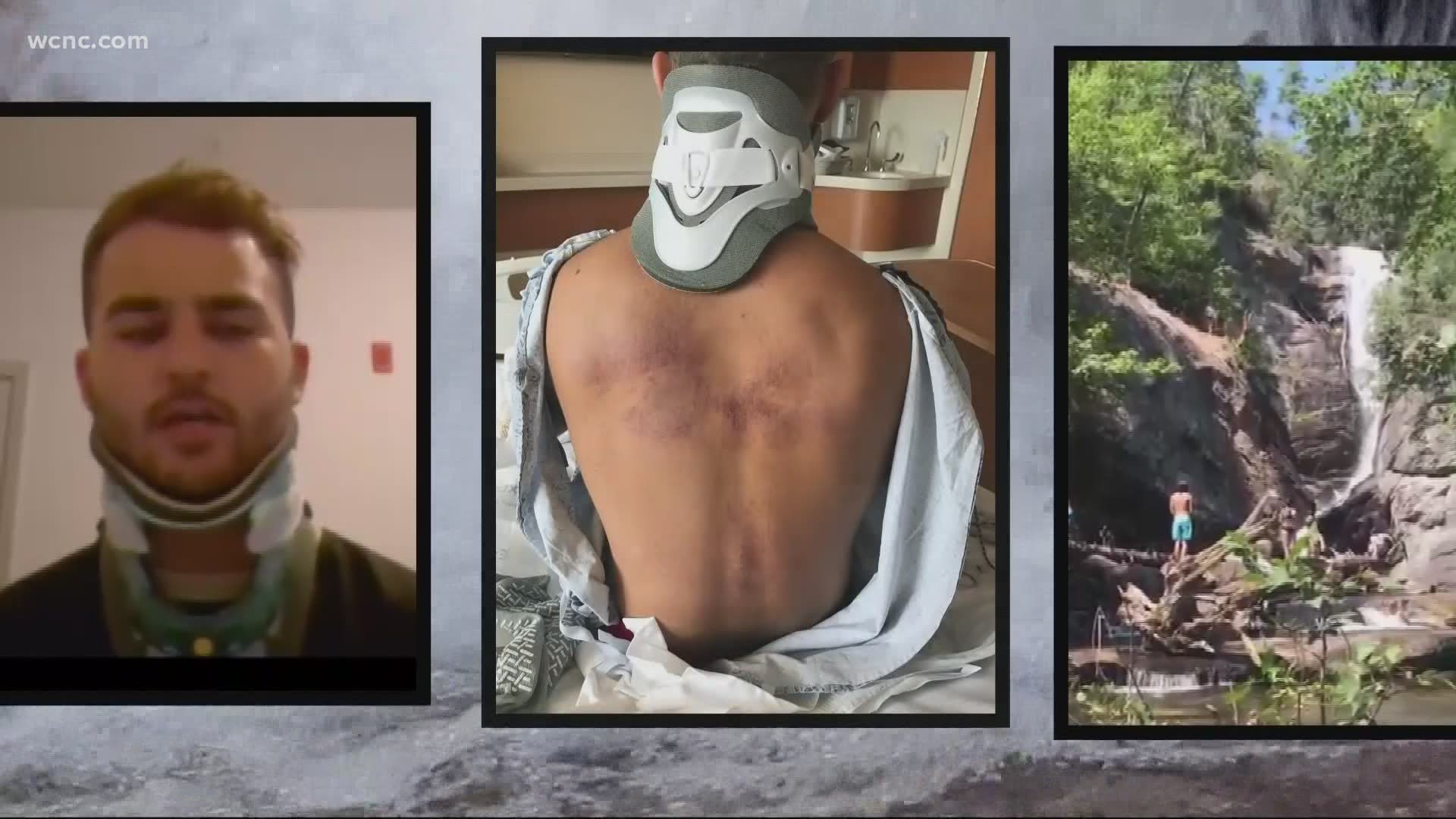 ASHEVILLE, N.C. — A North Carolina man is recovering from a serious neck injury after a back flip off a waterfall broke his neck.

The great weather Labor Day weekend was quite the lure for college students in the mountains just south of Asheville, North Carolina. Everything was great until Cameron Stewart decided he was going to try a back flip off the cliff above Paradise Falls. Someone nearby was filming as Stewart climbs carefully up into place.

The jump a few seconds later goes wildly out of control and Stewart lands in the water behind the rocks out of view. The crowd reaction of concerned people impact signaled something went wrong.

Stewart’s friends helped him out of the water and drove him to the hospital.

This backflip out at Paradise Falls south of Asheville this week went terribly wrong. The crushing impact of the water...

Stewart is now in a cervical collar for a reason: the force of his body slamming into the water broke his neck, his C-5 vertebrae was broken and his back badly bruised. Stewart said the doctors told him he is lucky he can still walk.

Stewart is very lucky. He says hitting the water felt like concrete and he guesses he jumped from 55 feet up.  Stewart says his parents gave him a stern lecture about making better life decisions in the future.

RELATED: SC hiker falls to his death while taking photo at the top of a NC waterfall

The recovery will be at least six weeks, Stewart said doctors will reevaluate treatment at that point. 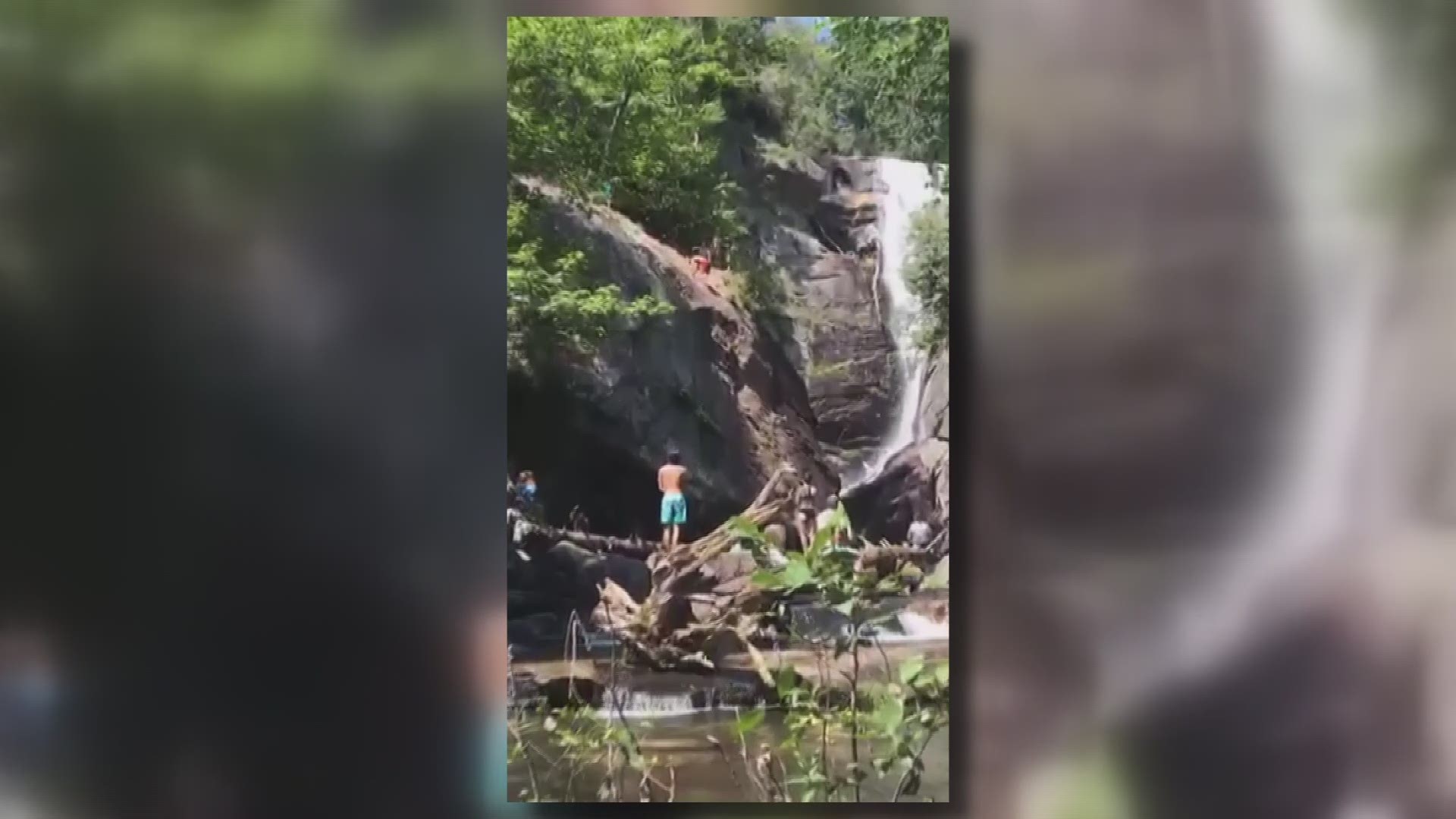