LGBTQ citizens find new allies in their battle for equality

Charlotte's LGBTQ community might have some new allies in the search for equality in the eyes of the government: Republicans. 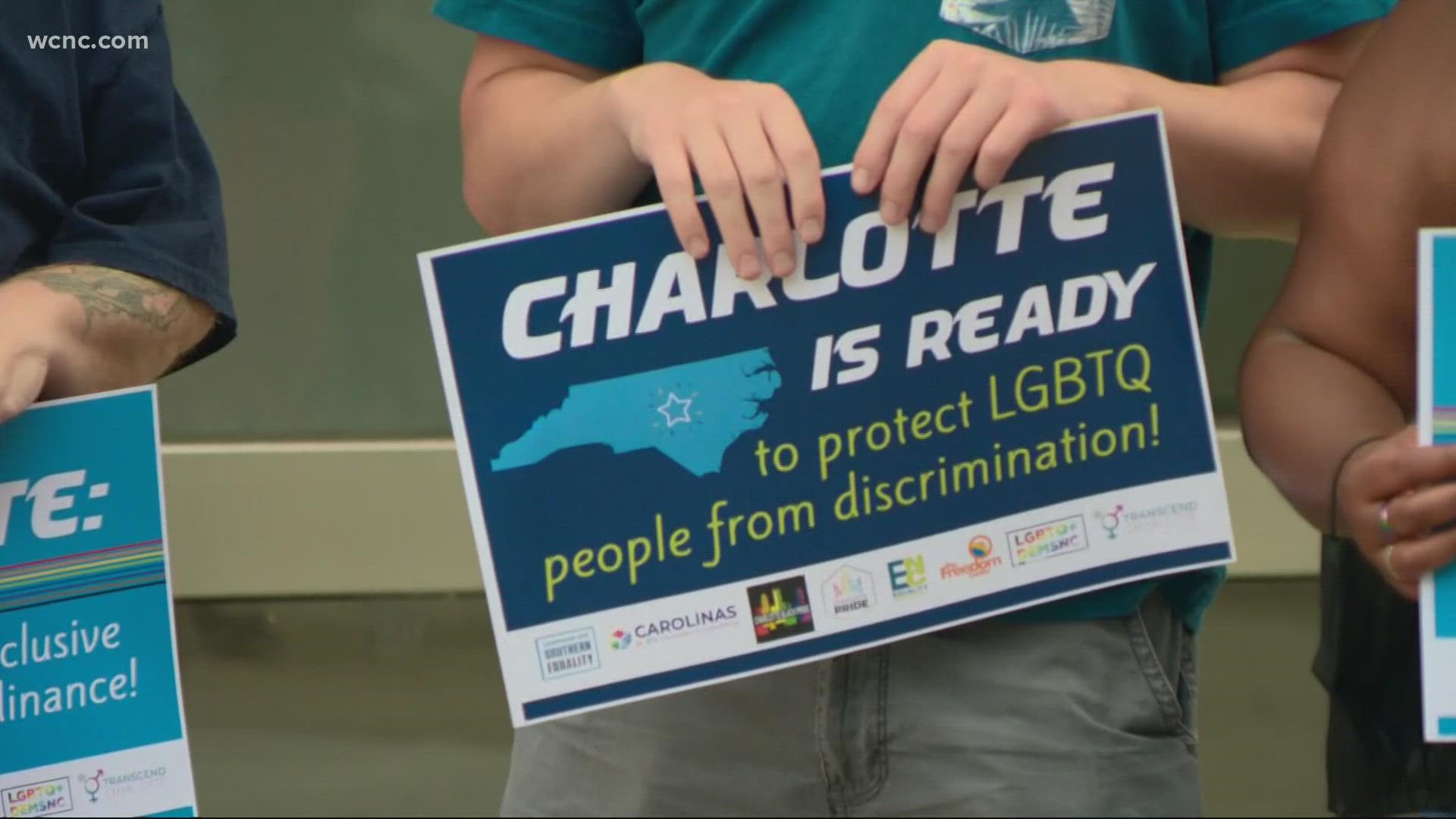 CHARLOTTE, N.C. — Charlotte's city council took up both an old and new issue Monday in the form of protections for the LGBTQ community.

It's old in that Charlotte passed a nondiscrimination ordinance several years ago, but it's new in terms of who is supporting it. The proposed ordinance comes five years after the state passed the infamous House Bill 2 (HB2).

That bill prevented cities from passing their own nondiscrimination ordinances and required transgender people to use the public restroom based on the gender on their birth certificates.

HB2 was eventually replaced by another bill that put a moratorium on local ordinances until this past December. Now, Charlotte's LGBTQ community may have some new allies in their battle for equality in the eyes of the government: Republicans.

"I was tired of being caught flat-footed and not being brought to the table as a Republican in town," said Councilman Tariq Bokhari, who drafted legislation he hopes will change minds, hearts and the law. "We came together to do something that is the first of its kind. And we're super proud to be on the front end of this."

This marks a big change for the GOP. Five years ago, state Republicans banned Charlotte and other cities from passing a non-discrimination ordinance, sparking statewide boycotts over House Bill 2. That ban expired earlier this year. Supporters say now is the time.

City leaders made it clear Monday they want a new and more inclusive nondiscrimination ordinance, but there are some who have concerns.

"I think it's pretty awesome that we've got something like this that a few years ago would have been unfathomable," Charlotte City Councilmember Larken Eggleston said.

The proposed ordinance would make it illegal for people to be discriminated against for things like their sexual orientation, gender identity, or natural hairstyle among other things.

Quin Williams with Charlotte Black Pride said those protections are helpful for her.

"To be able to go into a workplace and not be told to tone it down -- that I'm too ethnic," Williams said.

The protections are also crucial for Kyle Luebke.

Charlotte LGBTQ+ activists are holding a news conference outside the government center.

In less than an hour, city council will discuss a proposed nondiscrimination ordinance. @wcnc #CLTCC pic.twitter.com/GsGLQJ2EPJ

Current federal and state laws already grant protections against discrimination on the basis of sex for employers who have 15 workers or more. Charlotte's city attorney is now recommending that the city council help fill a gap, making discrimination illegal for employees with 14 or fewer workers as well.

Natural hairstyle protection is not currently included in current state and federal law. Charlotte's council unanimously wants to make it a protection at all companies, no matter the size.

"I know there are many members of our community that have waited quite a while for these protections," Charlotte City Councilmember Matt Newton said.

Charlotte Mayor Vi Lyles said she plans to have a vote on it next Monday, giving the public a chance to make their voices heard.

If the employment provision is passed, it will impact more than 13,000 businesses in the city that have 14 or fewer workers. Religious exemptions will still hold.

"I don’t think anyone should have to pretend they’re a different way than they really are," Duran said.

Duran said they’ve always practiced diversity in hiring, and objected to HB2 when it was enacted.

“We actually got signs for our bathroom that you could use any bathroom you wanted to when that all happened," Duran said.

Not everyone shares her opinion, though.

"The ordinance, although its original intent is pure, I think what it turns into is then Christians feel discriminated against," Christian business chamber founder Tamara Bunte said.

Bunte said she does not speak for all Christian groups or come from a place of hate but believes the ordinance may infringe on some business owners’ religious beliefs.

“If something is against our conscience, we shouldn’t have to do something -- and that goes on both sides,” Bunte said.

Graham said the city's goal is simply to provide equal access for all, and grow into a more diverse and inclusive city.