Charlotte restaurant to be featured on The Food Network 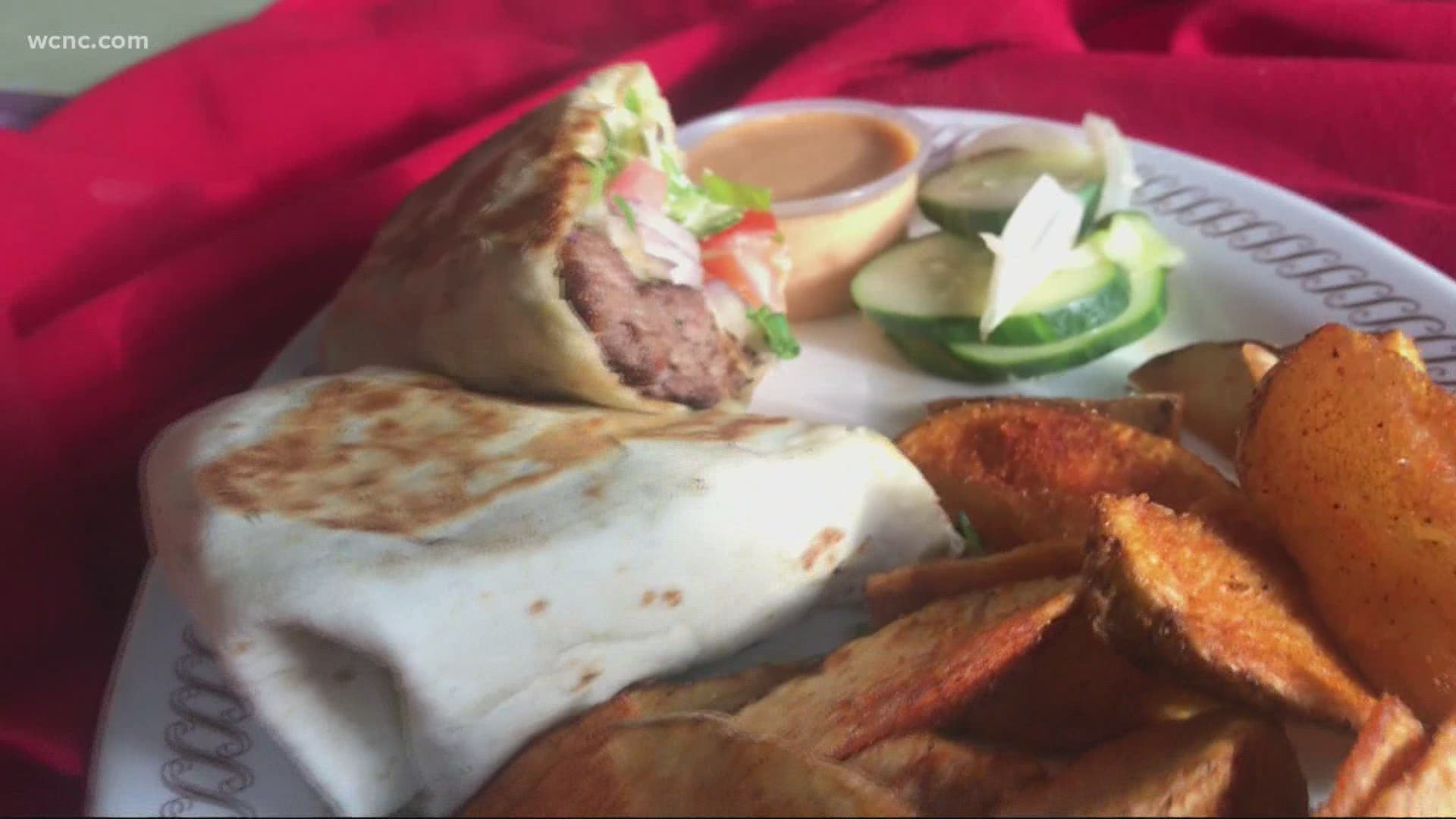 The Plaza Midwood eatery to showcase new food items and its effort to help those in the food industry in the midst of the coronavirus.

If you’ve eaten at Krazy Fish on Central Ave, you know the restaurant is known for its funky eclectic menu.

“Take a little southern, a little Mexican, a little American and we fuse it all together,” Krazy Fish Owner George Prisco said.

But now the Plaza Midwood location is taking its talents national for everyone to see.

Friday - Krazy fish will be featured on Guy Fieri  Diners, Drive-Ins and Dives take-out edition on Food Network at 9 p.m.

“We sent Guy a package of food here from Charlotte he got it out there in California and we cooked it together through a zoom meeting,” Prisco said.

Prisco says the episode will showcase new food items and how the restaurant has been coping after its dining room was forced to close due to COVID-19.

On the show Friday, Krazy Fish is representing one out of 16 restaurants in the nation.

And while This is the third time the restaurant has appeared on the show… the owner says Friday’s segment will actually be about more than just food.

“We decided we’d help former and future employees with a fundraiser,” Prisco said.

Teaming up with “She Originals” and Germany based artist Sherrin Sapona Nakwisi, also known as “She." The restaurant is now seeling 300 koi fish paintings virtually and in the restaurant that resembles a bigger fish mural “She” painted on the ceiling at Krazy Fish prior to the virus.

“I just watched thousands of people lose their jobs and be laid off in pretty much three days when the shutdown happened and it was heartbreaking,” said Nakwisi.

Costing $105 each, the proceeds from the small paintings will go towards the Restaurant Employee Relief Fund.

Started by Guy Fieri, the grant awards 500 dollars to restaurant employees nationwide struggling in the wake of the coronavirus.

“The paintings are meant to represent people from all walks of life,” Nakwisi said.

A small act of kindness from Krazy Fish and “She” to help restaurant workers get back on their feet one painting at a time.

“Thank you to everyone for the support. There are good news and bad news in the world and we, the people create both kinds. Do not underestimate the power each individual has to affect the community in a positive way. We will make it through anything,” Prisco said.

Krazy Fish’s dining is back open from 11 a.m. to 10 p.m. Tuesday through Sunday.

Measures are in place to keep everyone socially distant and 6ft apart.

Employees are also wearing masks and there’s hand sanitizer available at the entrance.

To learn more about “She Originals” visit @SheOriginals on IG or www.sheoriginals.com.