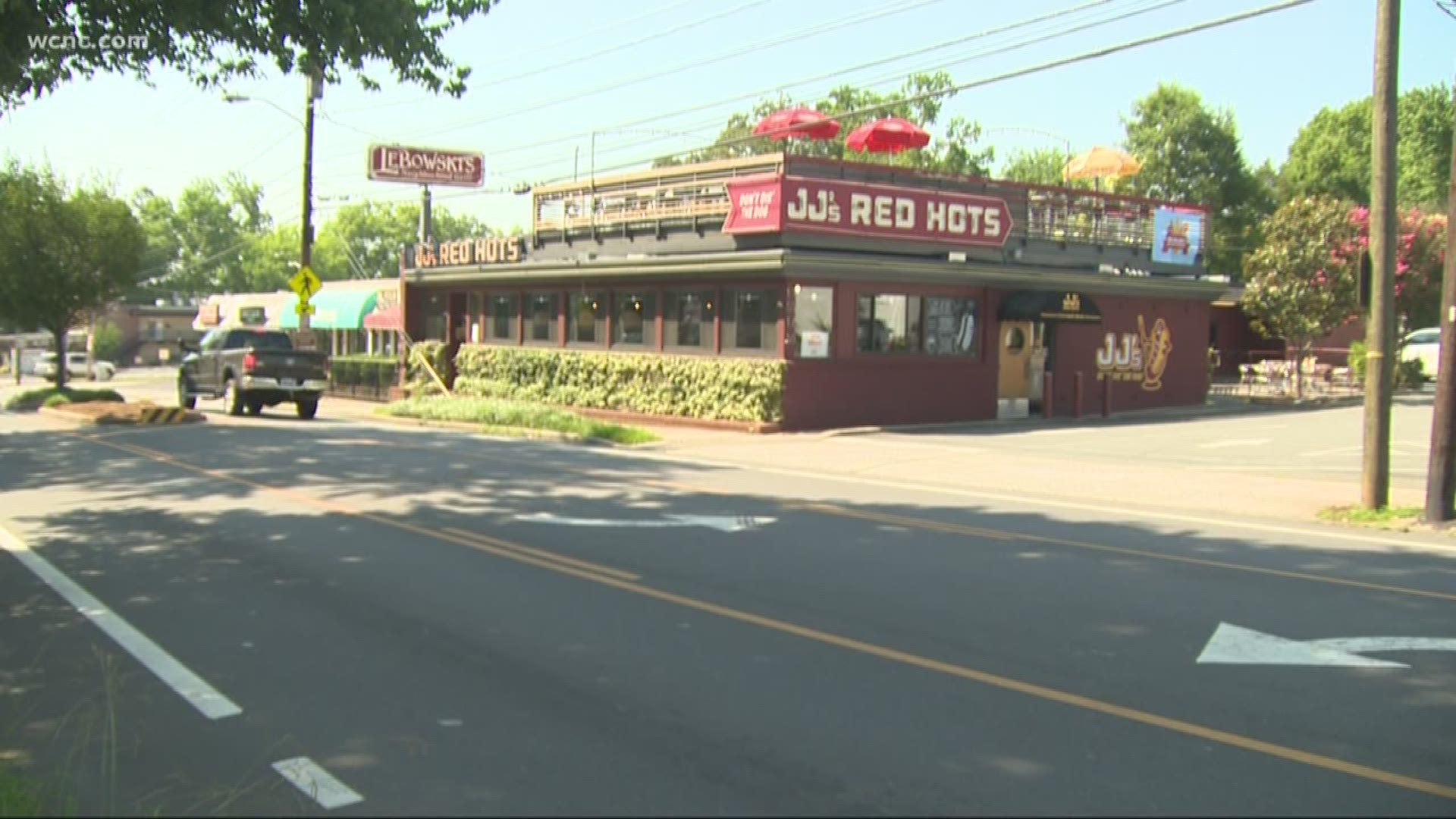 Apparently, Charlotteans do, because JJ’s Red Hots in Dilworth is preparing to celebrate its one millionth hot dog sold. Since opening in 2012, JJ’s has been a favorite in the Queen City thanks to its unique takes on local flavors and keeping it simple with traditional tastes.

Step into JJ’s Red Hots’ original location on East Boulevard and you’ll immediately get a slice of Buffalo, Chicago and Charlotte. That’s where owner Johnathan Luther got his inspiration for the Queen City hot dog spot six years ago.

“A lot of these better burger joints were popping up and I just felt like the hot dog was lost in the shuffle,” Luther said.

But JJ’s has grown in popularity because it’s not just your side-of-the-road hot dog stand. They serve up the famous Sahlen’s hot dogs from the Northeast with a Carolina twist.

“We do chili, slaw, mustard and onions,” Luther said. “It’s a combination called the Char Heel, which is our best seller.”

Other popular dogs are The Joliet Jake (Chicago style) and the traditional Buffalo-style “No. 1” red hot, which has hot relish, diced onions, Weber’s mustard and a dill pickle spear.

To celebrate hitting the million-dog mark, JJ’s will have a $2 special dog from 2-5 p.m. on Sunday, June 4. Click here to view their entire menu.