He was set to marry his high school sweetheart in three weeks. Then he got diagnosed with Stage 4 colon cancer

Daniel Meggs found the love of his life at just 16-years-old. Daniel and his now wife Jordan met in high school and were never apart from that day on. 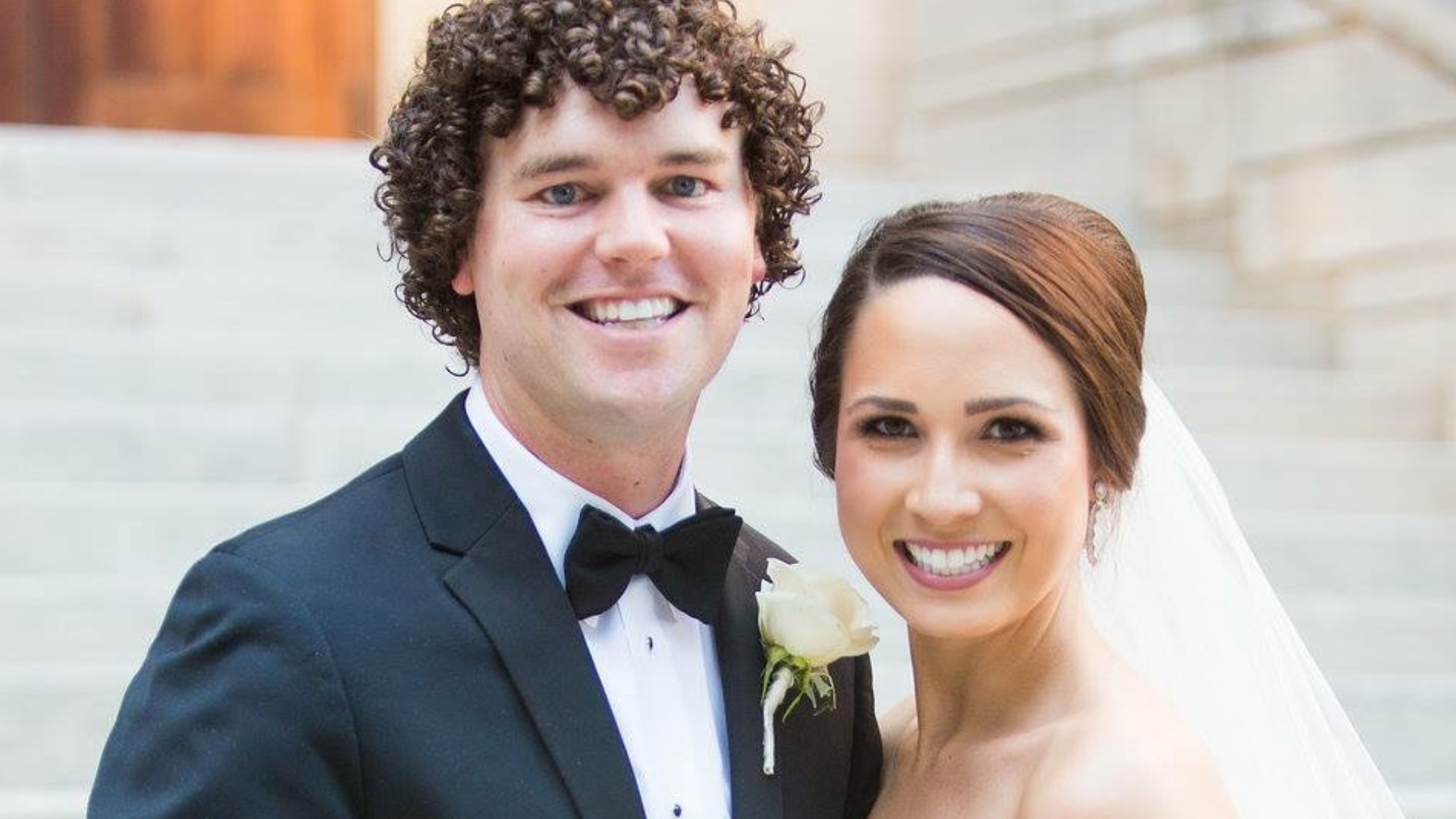 CHARLOTTE, N.C. — Daniel Meggs found the love of his life at just 16-years-old. Daniel and his now wife Jordan met in high school and were never apart from that day on.

"I met her in a class one day, and we kind of became best friends," Daniel remembers about the love of his life.

Once out of high school the two, who used to live just minutes apart from eachother, ended up attending separate colleges. The distance never phased them.

Daniel also had another love, one that was cultivated at a very young age. Golf.

"I was probably four years old, I've been around golf and I started playing it with my dad," Daniel said.  "Honestly, my whole life it's been my whole life."

In three weeks he was set to marry his high school sweetheart. Then he got diagnosed with stage four colon cancer

Daniel said he and his dad would take trips around the country playing golf and just watching golf.

"Pretty much everything centered around golf," Daniel fondly remembers.

Growing up, Daniel said he always wanted to be a professional golfer. There was never a doubt in his mind that that was the career path he would take.

"I was pretty good in high school and I was one of the top juniors in the country and then I went to Wake and played ok in the beginning and then kind of lost my swing," Daniel said.

Once Daniel entered his 20's he knew setting his goal on playing in the Masters one day would not pan out. Plus, he discovered a new passion anyways, teaching.

"I always loved helping out other people whether it be teammates or my dad or his friends," Daniel said.

That passion for teaching led Daniel to TPC Piper Glen where he now works as a Pro golf instructor.

Ironically enough, Daniel's switch to becoming a golf instructor might have just saved his life.

Daniel was giving a golf lesson to a doctor one day on the green and said as he was teeing up the ball, he fell over a little bit.

"He asked me what was wrong and I told him some of my symptoms and that I thought I was growing an ab," Daniel said.

The doctor felt the growth on Daniel's stomach and was immediately concerned. "Something's not right."

Three weeks before his wedding and Daniel was headed to the doctors to get the growth checked out. That appointment led to a colonoscopy which eventually led to Daniel getting the worst news of his life.

"You have Stage 4 colon cancer."

"Again, right before our wedding it was kind of overbearing," Daniel recalled.

Before the devasting diagnosis, Daniel and his fiancee were living in this bubble full of super high moments. Then, the two were tasked with telling their friends and family about Daniel's illness.

"I love people, so I love telling them when things are good and going to be fine and it's hard giving people bad news," Daniel said.

During the first doctor appointments, Doctors were optimistic that the cancer was just in his colon.

Turns out, the cancer had spread, and fast.

"The more scans and the more stuff that I had we found that it had spread to my liver," Daniel said.

A week before May 12, the wedding day, Daniel started chemo.

"I was probably the happiest I've ever been in my life just before we found out," Daniel said. "I was just about to marry my best friend and then basically I went in for something I thought was nothing and to wake up and hear I had cancer."

Years following his diagnosis Daniel would go through several rounds of surgery and chemo.

"It's been about almost two years," Daniel said.

Danie said throughout his Stage 4 cancer diagnosis, just like when they were teenagers, Jordan never left his side.

That vow you say during your wedding? "In sickness and in health?"

"You don't really know how true those words are until you're down," Daniel said.

Throughout their relationship, Daniel said he had always been the provider and protector. Once Daniel began his first round of chemo, he said Jordan really stepped up.

"Other people who are going through this, I hope they have the care and love that I have," Daniel said. "Everyone needs someone."

Turns out, he never let his cancer diagnosis stop him from playing the sport he loved.

"I lost all of the feelings in my hands and fingers and I thought there was no way I would be able to play golf," Daniel recalled. "I guess something in my body or my mind that just kind of is instinctual."

Daniel said the friends he has made at Piper Glen have really stepped out in a big way.

"They've done so much for me, whether it's dropping off meals or putting together a fundraiser or reaching out to any connection they have," Daniel said.

Now that Daniel has a drain in between his ribs he's no longer able to play golf, but he said watching the Masters this past week really helped him to take his mind off of his diagnosis.

Daniel also got a couple of surprises from a few golfing legends, all thanks to a couple of his golfing buddies.

Unbeknownst to Daniel, someone had reached out to Jack Nicklaus' team and soon after Daniel was talking to Nicklaus on the phone.

Daniel said the two talked about golf, his diagnosis and everything in between.

Days later Daniel said he got a text from one of his childhood golfing buddies, now professional golfer Harold Varner.

"I look at the video and it's of Tiger Woods," Daniel said. "Tiger says, 'Daniel' and I just freaked out. In the video, Tiger is telling Daniel not to give up and to keep fighting." 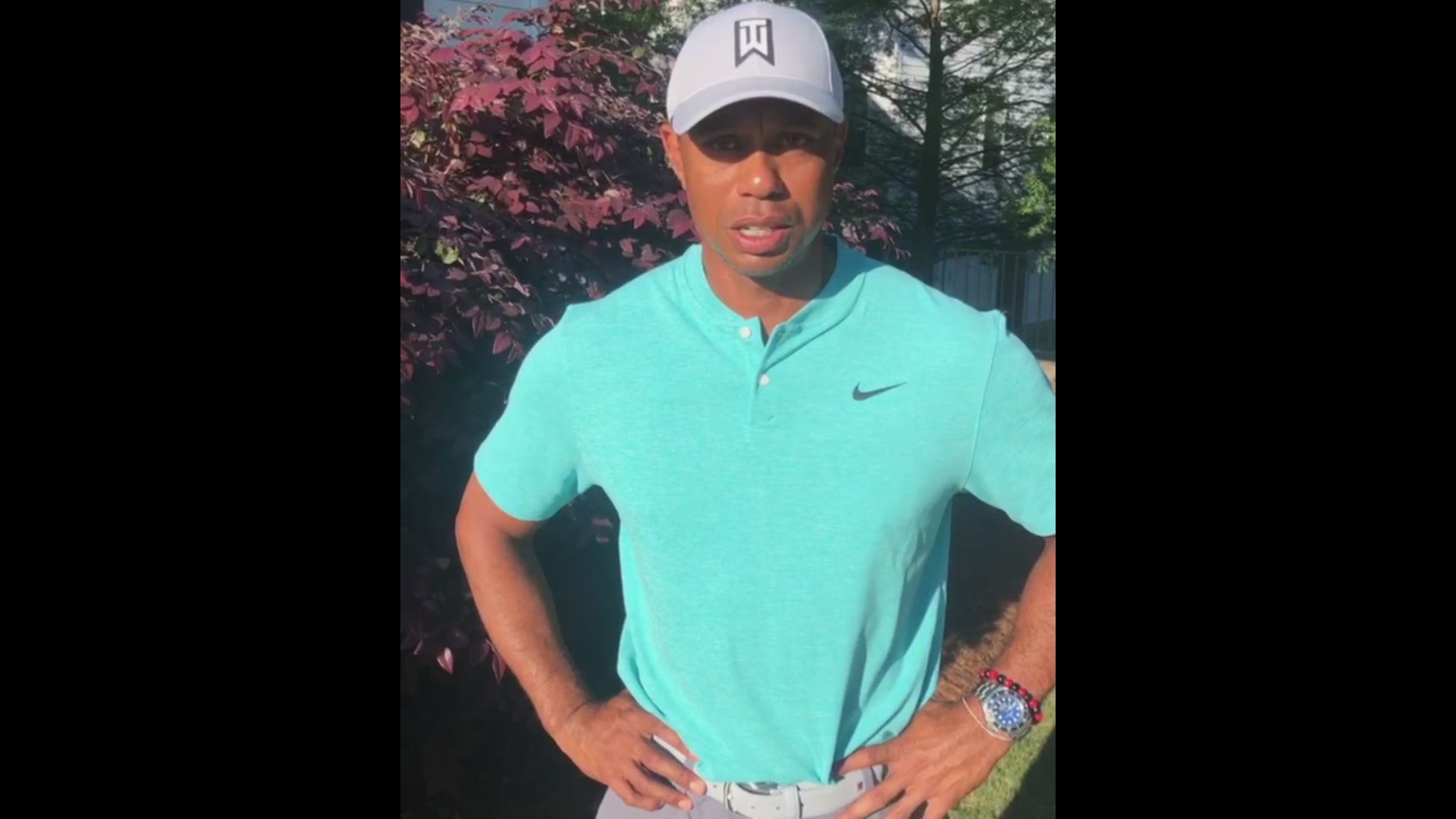 Daniel also received a photo of from Rickie Fowler of hat that he signed saying, "going back to the good old days."

Fowler and Daniel had been golfing buddies when they were younger.

This past week has been a whirlwind for Daniel, and he said it's all because so many people care about him.

"It made me feel really famous, Daniel said. "I never really thought I would get a call from Jack Nicklaus, a video from Tiger and a hat from Ricky Fowler," Daniel exclaimed.

In a way, Daniel said all of the support from his friends and family kind of makes his sad.

"I just know how many people are out there fighting for me and I'm trying to fight as hard as I can," Daniel said.

Daniel is about to go through another grueling round of chemo. He hopes to be well enough to go to the Wells Fargo Championship at the Quail Hollow Club at the end of April.

Daniel and Jordan's friends have set up a GoFundMe page