Unable to stand or properly lift her head to breathe or eat, the calf was likely to die. 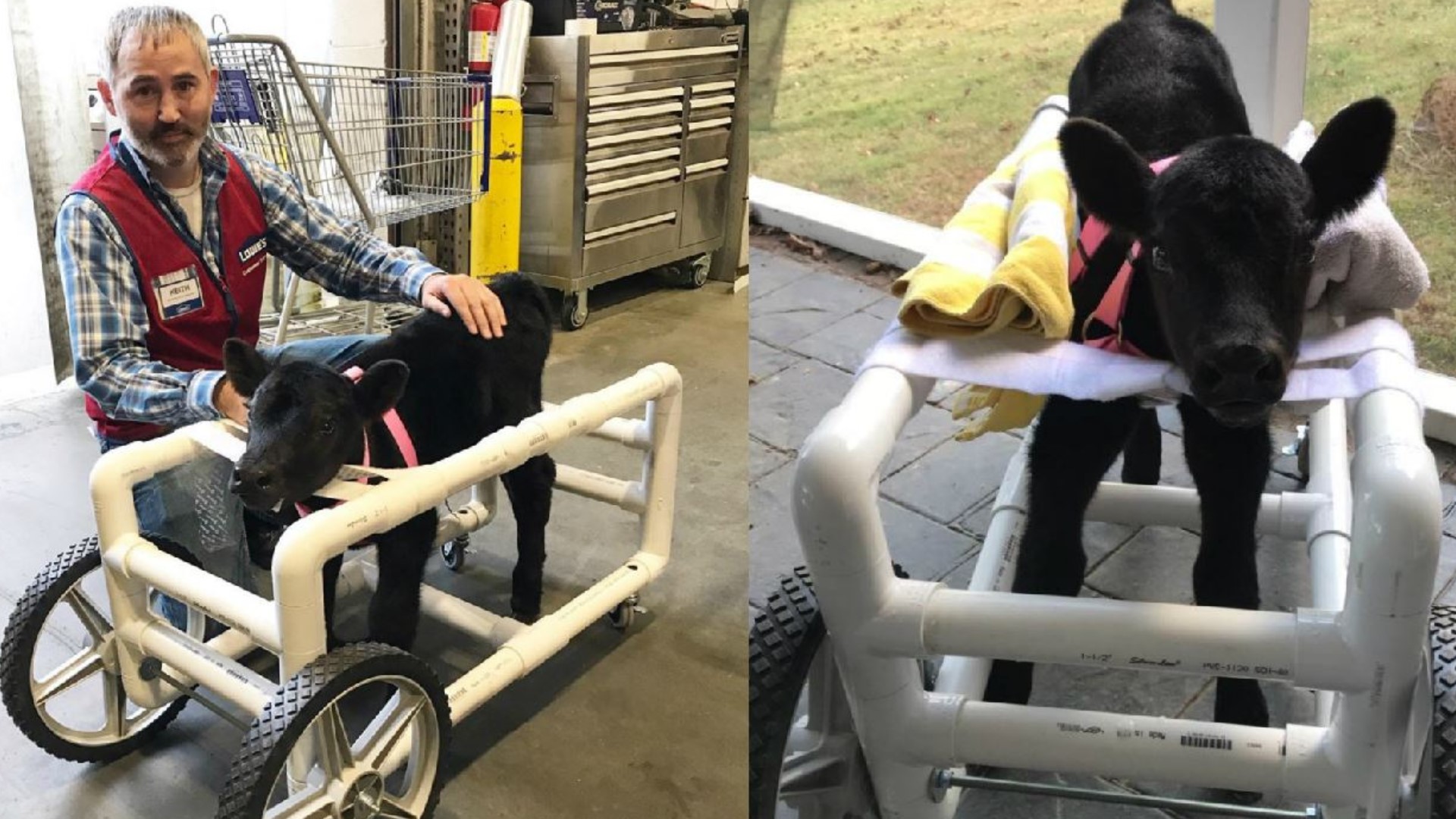 MONROE, N.C. — A calf in Monroe, North Carolina is getting a second chance at life after a Lowe's employee went above and beyond to build her a custom wheelchair.

Kathryn Russell, who works at High Ridge Farms in Albemarle, said their farm had just celebrated the birth of a calf, Lowla.

"When Lowla was born she was doing great," Russell said. "Lowla was like any normal beef calf living her life on the farm with her mother."

Russell said when Lowla was just three days old, she got a call from a neighbor saying they thought the calf was going to die.

"The neighbors heard some commotion in the field and went to investigate and found Lowla injured severely," Russell said. "It was pretty bad. She couldn't breathe, she couldn't stand."

Russell said she believes Lowla was kicked by another cow in the head out in the field. Unable to stand or properly lift her head to breathe or eat, the calf was likely to die.

"When I would put her mom in the shoot, I would have to hold Lowla to nurse because she couldn't hold her head up," Russell said. "But she was drinking well."

Russell said she decided to take Lowla to her own home to try and give her the best shot at life. Russell said it was then that she decided she needed to do something more.

"I knew she needed a wheelchair to help her get around," Russell said. "So I called Lowe's Home Improvement in Monroe, NC  and talked to Beonka. I told her about Lowla’s situation and she told us to come on in."

"Keith took measurements from Lowla and went straight to work," Russell said. "He came up with the design and constructed it all by himself. He worked tirelessly without taking a lunch break until the job was complete."

Russell said Lowla's new wheelchair is helping her to regain strength. She said she is hopeful that within a couple of months, Lowla will eventually no longer need her wheelchair.

"I am super proud of her," Russell said. "I never would have done this if I thought she could never leave the wheelchair."

Just a week after receiving her custom wheelchair, Russell posted a video to our Facebook page showing Lowla walking, and jumping, without the assistance of her wheelchair!

"I just knew I am not gifted with the mindset to build something like this," Russell said. "So why not call a home improvement store to help me make the plans and build it. I wouldn't have been able to do this without them."

Veteran's dog nudges him until he wakes up during house fire, saves his life