Drew Pescaro was visibly excited and shocked when he started speaking with Tebow. Tim Tebow has been one of his role models for years. 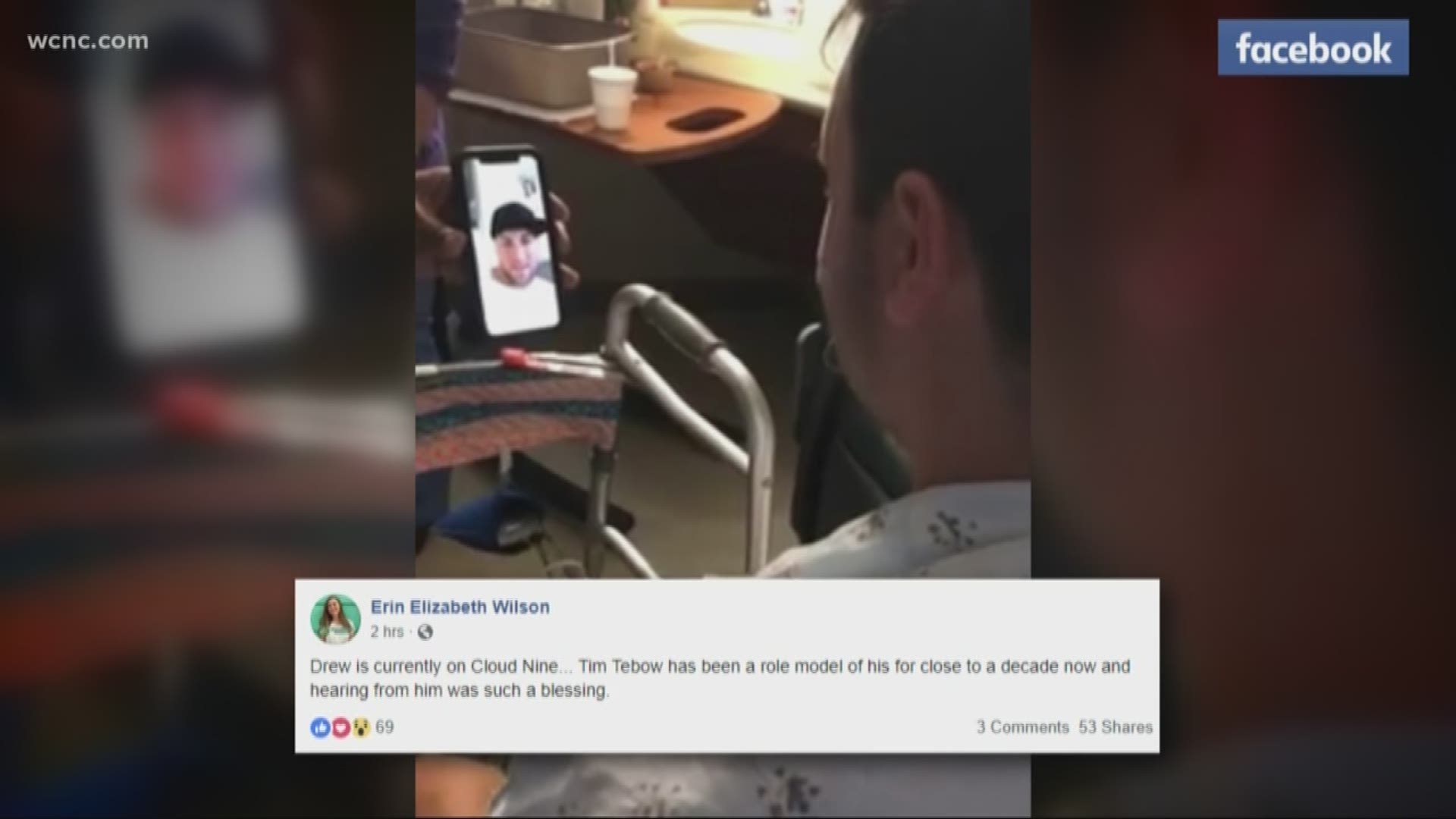 CHARLOTTE, N.C. — Drew Pescaro, part of the UNCC class of 2021, was in the classroom when the suspect opened fire on campus last Tuesday afternoon. Pescaro is recovering from his injuries.

Sunday, Erin Wilson posted a video on Facebook showing Pescaro getting to virtually meet one of his heroes -- Tim Tebow.

Pescaro was visibly excited and shocked when he started speaking with Tebow.

During the FaceTime call, Tebow said he saw an older picture of Pescaro "Tebowing." As the caption in the Facebook post says, Tebow has been one of Pescaro's role models for close to a decade.

"Hearing from him was such a blessing," the caption reads.

"I'm probably the only person in the world who has your Patriots jersey, just letting you know," Pescaro joked while talking to Tebow.

The former Heisman trophy winner laughed along with Pescaro, who told Tebow he was feeling "much better than before."

RELATED: 'He is out of surgery and stable' | UNCC shooting victim was a sports writer for Niner Times