Hundreds of black-owned businesses once lined the streets of downtown Rock Hill before government programs led to their demise. 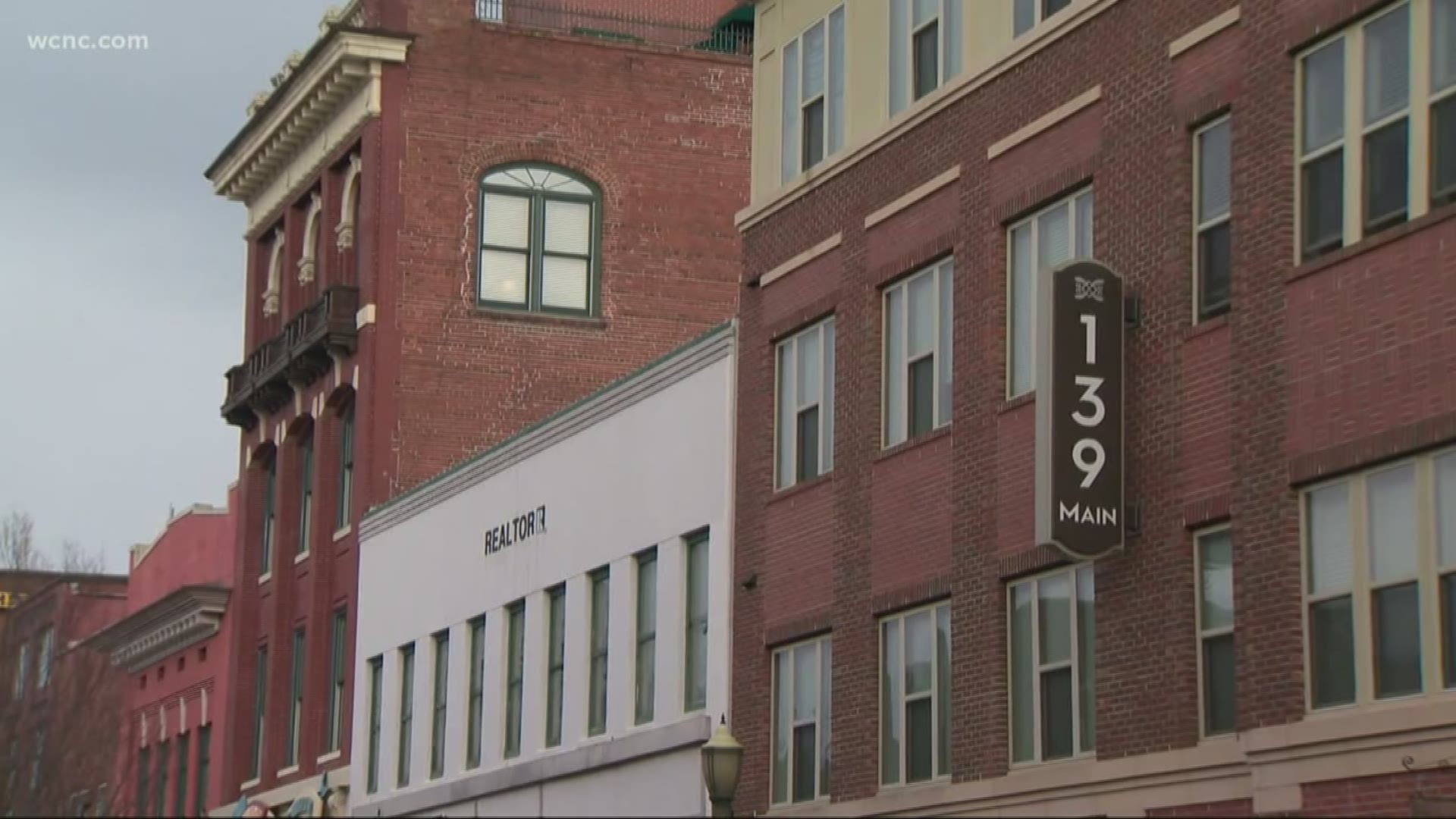 ROCK HILL, S.C. — A trip down memory lane, or in this instance West Black Street in Rock Hill, reveals a painful past for generations of African American families.

The anguish stems from the non-existence of black businesses that once lined the streets of downtown. Former city council member Sandra Oborokumo remembers visiting the black business district as a little girl.

"Our community thrived and we flourished in this area," Oborokumo told Billie Jean Shaw.

The district was established in 1908 and by the early 1950s, hundreds of black business owners had storefronts offering services for anything you could think of.

Then, urban renewal happened. In the 1960s and 70s, the federal government gave businesses money to relocate. Storefronts were then torn down in an effort to beautify urban areas. Every single one of Rock Hill's black businesses was affected — and unable to thrive after relocation, they closed their doors forever.

"There are people who were here in the midst of this who are still dealing with some of the hurt," said Oborokumo. "That's one of the challenges we have in the city. We've got to get beyond what happened so we can move forward."

In 2015, the city took steps to move forward. They've build a monument to pay tribute to the hundreds of black entrepreneurs who once successfully ran their businesses in that very spot. Each of their company names are engraved in rich black marble with pictures of the owners displayed for everyone who rides by. It sends a message that one who is gone is not truly forgotten.

"This is representative of what we had back in those days," Oborokumo said. "These are the businesses that thrived and that was a part of our makeup and our culture."

Now nearly 60 years later, a change has come thanks to a group of entrepreneurs in Rock Hill.

They’ve created a grassroots organization called BELL, which stands for the Black Economic Leadership League, with the goal of reestablishing black-owned businesses in the area.

"Black people are business-minded always have been,” Dawn Johnson, the chair of BELL, said. “I think after urban renewal they kind of went back to a comfort zone."

This past summer, BELL created an intense training program to teach entrepreneurs how to successfully run a business through the creation of business plans.

At least 70 people participated and at the end, four people were selected to split $100,000 to assist their businesses in becoming more mainstream. WCNC Charlotte’s Billie Jean Shaw spoke with Kimberly Mood, one of the winners.

"I was speechless,” Mood said.

For her, the award goes far beyond the money.

"To have support from other business owners and influential people in the area is huge,” Mood said.

Her office sits off Constitution Boulevard. She eventually wants to build an office to downtown Rock Hill — not too far from where a monument now stands honoring the city’s former black business district.

It's a full-circle moment for those who lived through the destruction and now rebuilding of history.

“African- American businesses and what they contribute to our city is needed and we had that before," Oborokumo said. "We want people to know generations after that, they can carry that on."

MORE FOR THE CULTURE FEATURES