"He might not have thought Santa was watching, but our cameras definitely were." 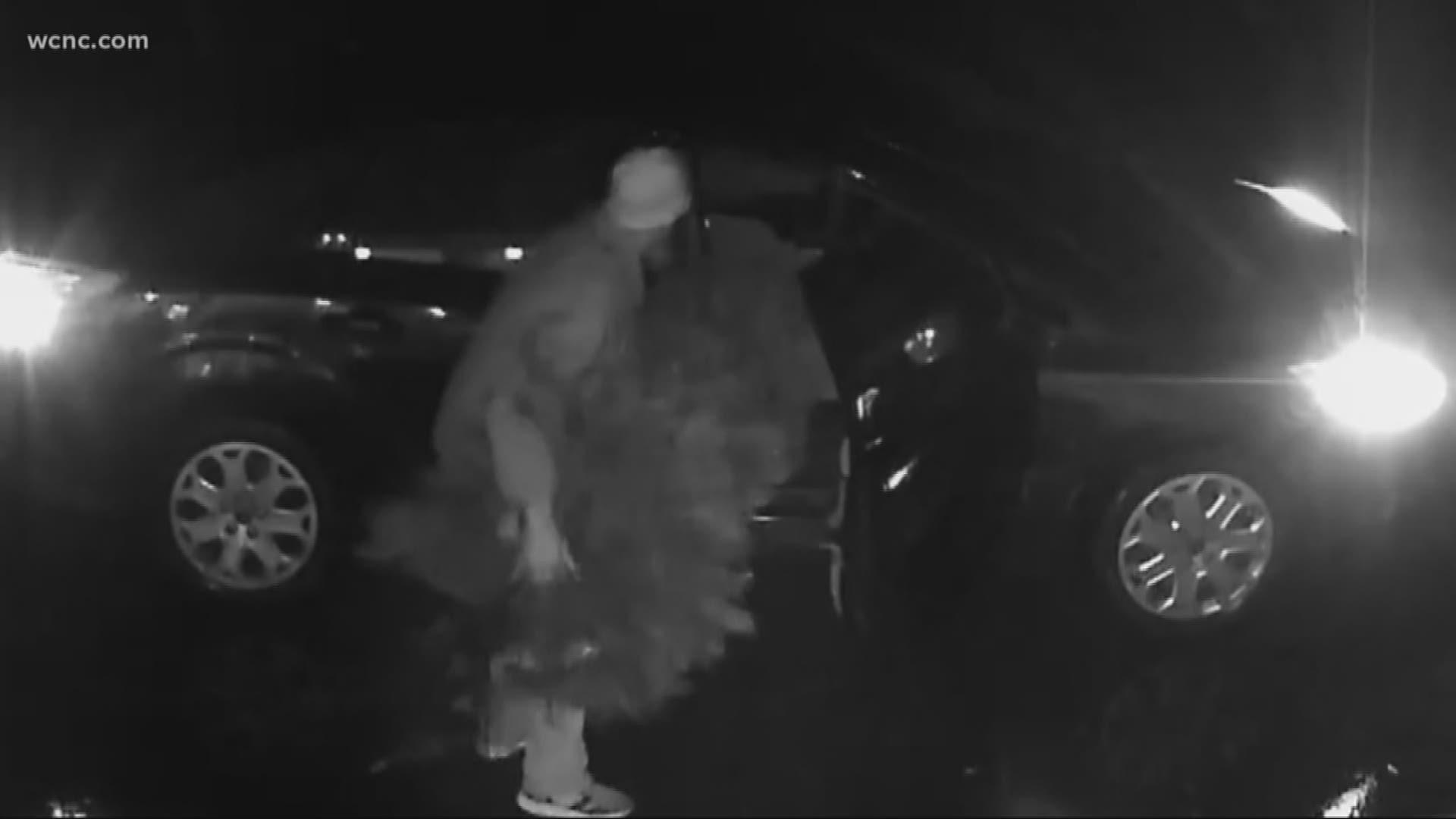 Police in Mocksville are searching for a real-life Grinch after someone stole a Christmas tree right off the front porch of a veterinarian's office.

"The perp pulled up," said Meredith Boone, a Country Veterinary Hospital employee. "Unplugged our beautiful tree and just crammed it right in the passenger seat. Just like the Grinch put the tree up the chimney."

The Davie County Sheriff's Office says the guy in the surveillance video, like the Grinch himself, is about as cuddly as a cactus.

This surveillance video is from the Country Veterinary Hospital in Mocksville, N.C. The scene played out after midnight Saturday.

"He pulled right up like he knew what he was doing," said Kelly Presley, a Country Veterinary Hospital employee.

Instead of a makeshift sleigh, officials believe the Grinch-like suspect was driving a Ford Focus.

NBC Charlotte's Xavier Walton asked the Veterinary staff how they felt about the Grinch-like scene.

The animal hospital posted the video on Facebook -- it was shared nearly a thousand times.

"People were very upset when they saw that he stole our tree," Boone said. "He might not have thought Santa was watching, but our cameras definitely were."

Authorities say the man as charming as an eel drove off into the night, no 39 and a half foot pole in sight. He got off with the hospital's tree, but didn't rob them of anything else.

"We still have our Christmas spirit," said Boone. "We're still in full swing ready for Christmas. He didn't break us."