“One of the big questions has always been how do you get people outside and moving during the winter?" 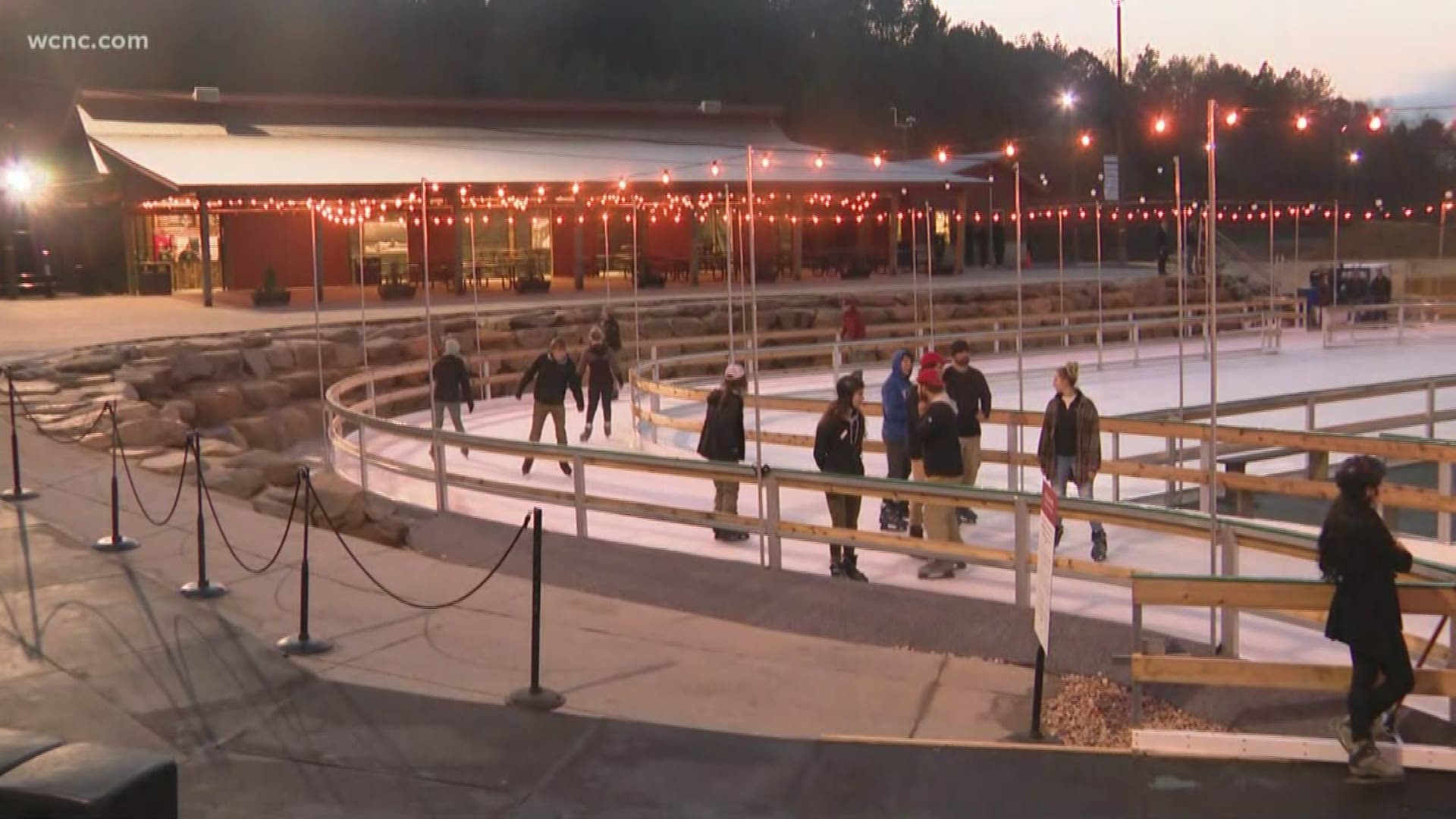 CHARLOTTE, N.C. — A new ice-skating rink debuts Tuesday at the U.S. National Whitewater Center in Charlotte. On the eve of its debut, NBC Charlotte was given behind-the-access of the facility.

Officials also say the activity zone will be available to be rented out for private events.

Skate-up a thirst? There are two new food and beverage stands at the rink. The first is an area inside the rink where skaters can “skate-up” to order hot and cold beverages including craft beer, wine, hot chocolate and coffee.

The second area is located at The Raft Pavilion, which overlooks the skating rink. It offers guests a beer garden environment, where you can order food including soup, chili, grilled cheese and pretzels. The Pavilion is complete with fire pits and indoor heating.

Skating costs $20, or it's included if you purchase an annual pass or day pass. Officials say the ice skate rental is included, but you must bring your own socks.

“One of the big questions has always been how do you get people outside and moving during the winter?" Jesse Hyde, with the U.S. National Whitewater Center, said. "As we had several conversations, ice skating seemed like the logical choice and we create a completely new environment.”

Hyde says thanks to new technology, the skating rink can stay frozen in temperatures up to 75 degrees.

Walking the trail of lights is free and open to the public. Parking at the Whitewater Center costs $6.