The pandemic brought stress and anxiety to many, but many pets had the opposite experience since their owners were home all the time. 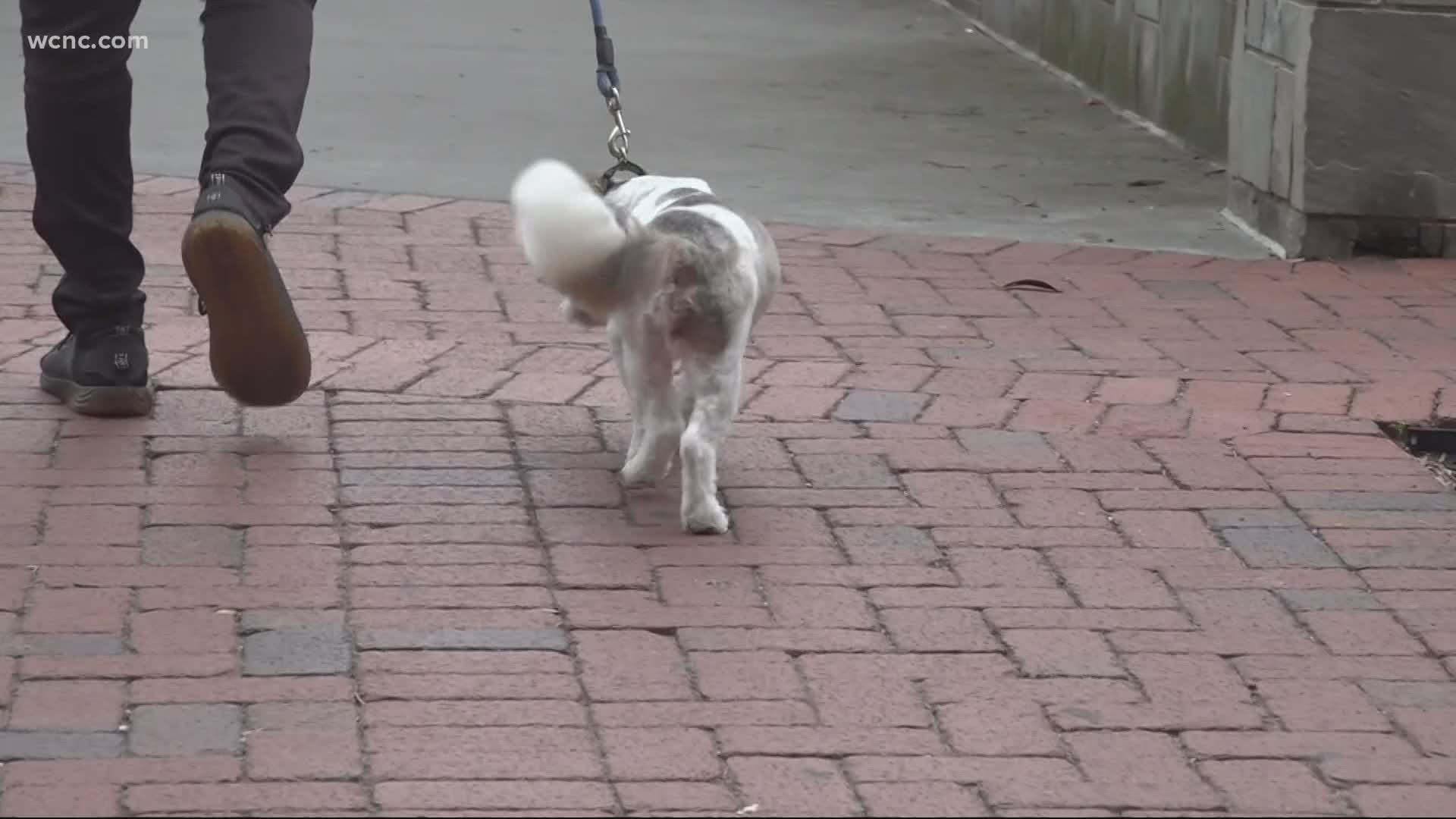 CHARLOTTE, N.C. — As many people prepare to go back to the office and start working in person once again, researchers are encouraging people to make sure pets are well-prepared.

The pandemic brought stress and anxiety to many, but many pets had the opposite experience since their owners were home all the time.

"If the pet is a new dog that they got over the course of the pandemic, all they know is their owner being home every single day," Pablo Cazares, a Charlotte dog walker, said.

Cazares said as he goes to pick up his four-legged clients, they seem to be having trouble with their owners’ transition back to work.

“When their owners are gone, they're looking for them like, 'Where's my mom, where's my dad?' There's some that they’ll just sleep right next to the front door until somebody walks in and they're waiting for their owner to be there," Cazares said.

Duke professor Brian Hare, who researches dog psychology, says pets may have developed separation anxiety, and younger puppies raised during the pandemic tend to struggle with it the most.

“Maybe from 18 to 24 weeks, that’s kind of a critical time for dogs to learn to be alone," Hare said.

With people staying home and limiting exposure for over a year, Hare says it’s a lesson they may never have received and don’t always know how to cope.

RELATED: People are returning so many Corgi puppies, rescuers can't take in more

“The way they express that anxiety is often damaging furniture or doors as they're being anxious and scratching, chewing things, maybe they go to the bathroom, maybe they whine, cry howl," Hare said.

He said you can help ease the transition back to work by slowly increasing the amount of time you’re away from your dog each day, signaling that you’re leaving by jingling keys, and taking them on long walks before you go somewhere.

RELATED: 'We've seen a surge back to the office' | As employees return to Uptown, less traditional offices see popularity rise

Signs of stress for dogs can include licking their lips, yawning as you're leaving, or whining. Hare says doggie daycares or dog walkers could help ease that anxiety while you’re at work.