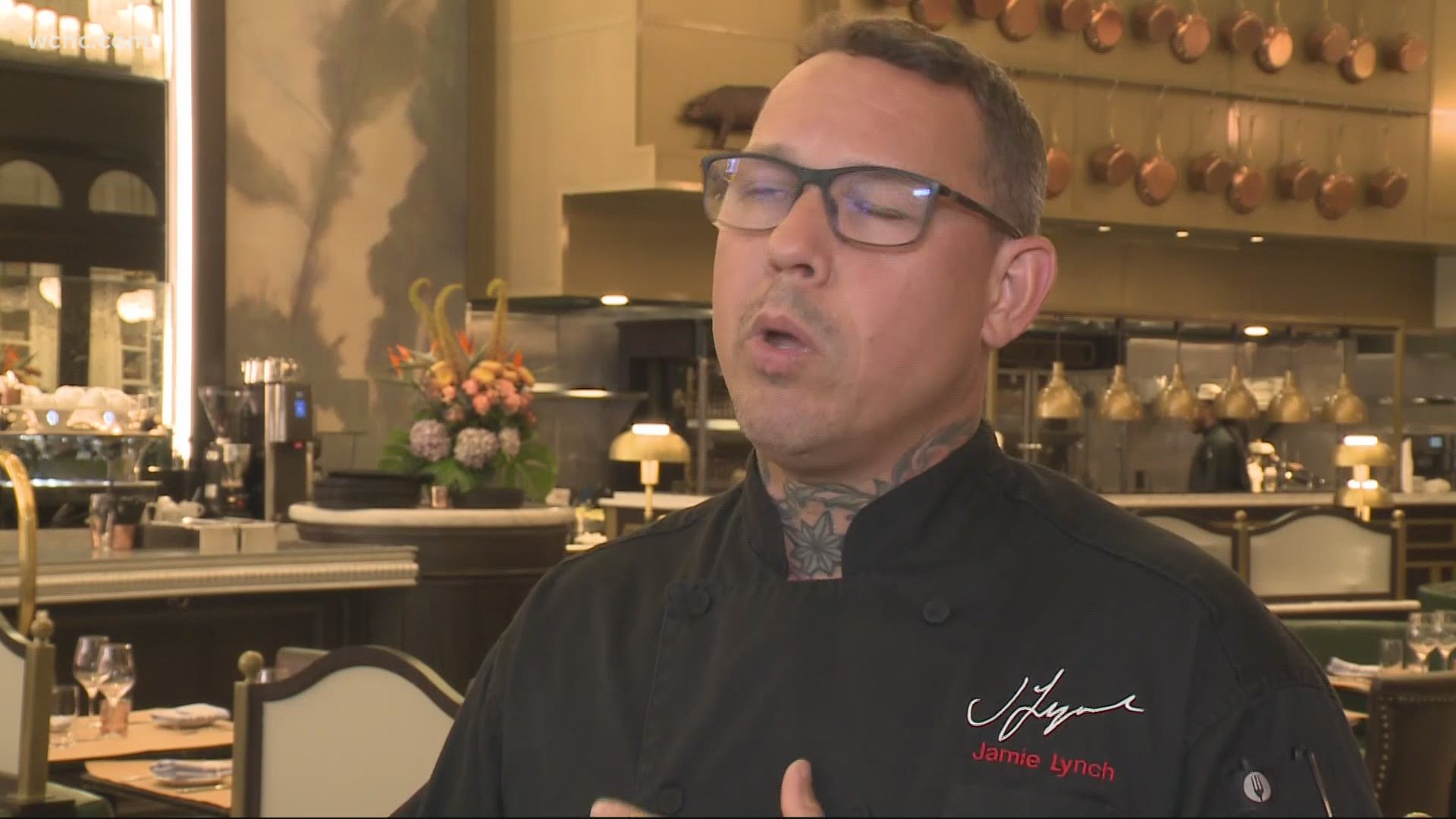 CHARLOTTE, N.C. — The 5th Street Group, a Charlotte restaurant group, is using a new initiative to pay their staff a living wage, without raising menu prices for customers.

The initiative allows diners to leave a tip for kitchen staff and reward those working in the back of house for their contribution. The restaurant group will match all kitchen gratuity up to $500 a day.

Chef Jamie Lynch, a partner in 5th Street Group, said the concept is catching on as the group tries to attract and retain employees, and customers are receptive to the idea as well.

“Everybody wins. We're investing in our team,” Lynch said. “We're sharing the cost with our guests, and it really seems to be working. People are digging it."

The restaurant group also raised its minimum wage to $15 an hour, but it’s not raising menu prices for its customers.

Lynch said the restaurant group is committing to a slightly smaller profit margin overall but hopes to cut down on employee turnover and training costs.

"We believe that by having a happy staff that isn't going anywhere, our turnover’s going to shrink and those costs will shrink as well,” Lynch said. “We believe it's a one percent investment from the partnership group to make sure that we've got staff that stick around."

The concept has been a game-changer for the 5th Street Group team, Lynch said, and he said he believes it’s an idea that could catch on with other restaurants if they commit to a new way of operating.

"My team is like ecstatic,” Lynch said. "I mean, they're making more money than they ever have in their lives, and they're so appreciative."

Chipotle is one restaurant chain that is raising prices as it raises wages for its employees.

According to NBC News, Chipotle has hiked menu prices by roughly four percent to cover the cost of raising its workers’ wages.

The restaurant chain announced in May that it would raise hourly wages for restaurant workers to reach an average of $15 an hour by the end of June.

“The company is trying to get those incentives for people to come back to work simply because the demand for labor far exceeds the supply of available labor at these wages,” John Silvia, founder of Dynamic Economic Strategy, said.

“For many companies, they want the skilled workers, people who actually know how to make the food and serve the food,” Silvia said. “So there is a trend there I think in terms of higher restaurant prices going forward.”

According to the Consumer Price Index, food away from home rose 4% over the last year, meaning customers are paying more for meals when they eat out.

Silvia said he predicts restaurants may start using more technology to offset employment costs, and there may be more changes to the industry on the way.