Bank of America, Ally Financial and Barings will invest more than $70 million to help low-income residents who can't keep up with rising rents. 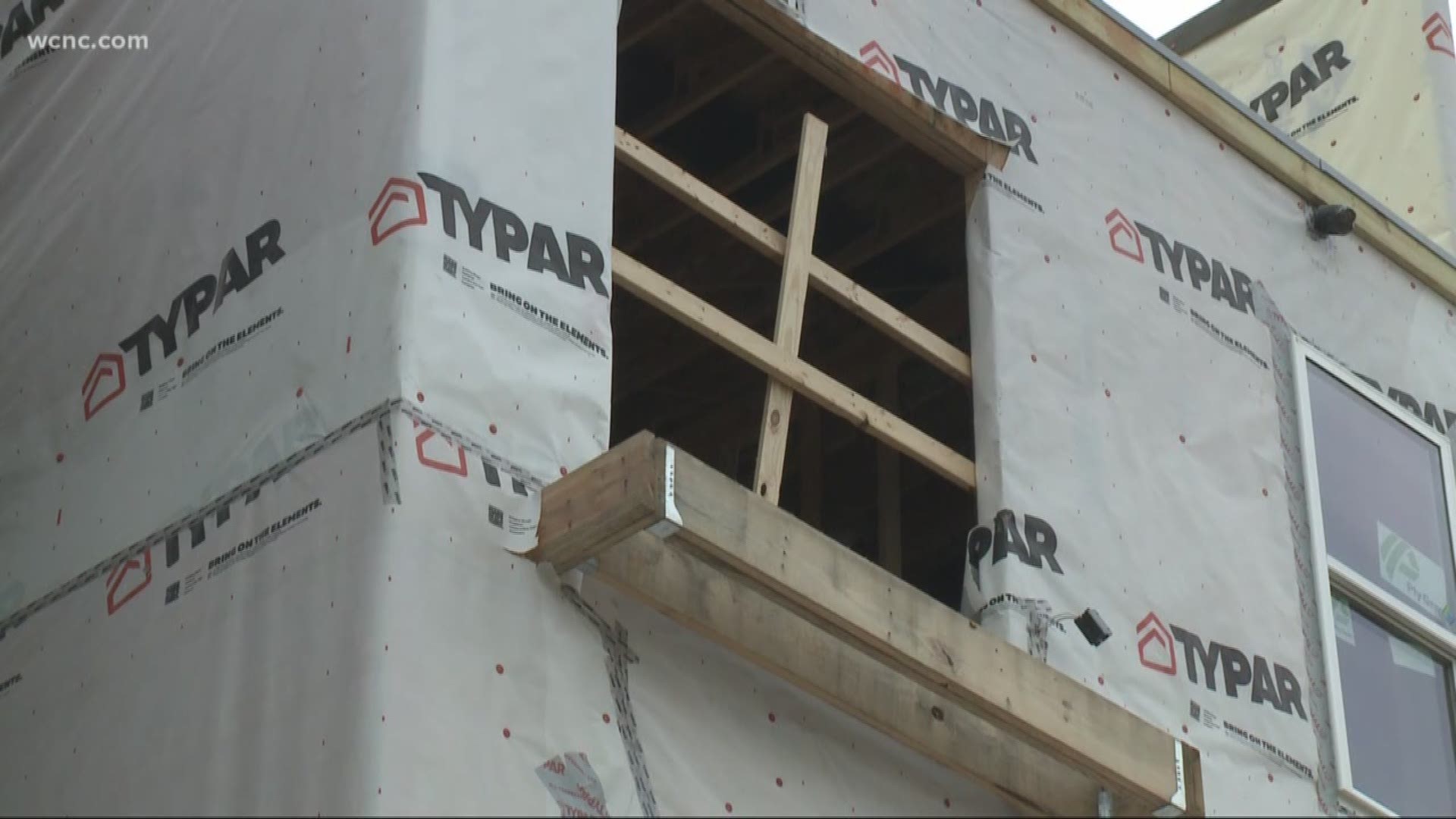 CHARLOTTE, N.C. — Three organizations teamed up with the city of Charlotte Tuesday to help tackle the affordable housing crisis.

Bank of America, Ally Financial, and Barings announced a partnership with the Queen City to provide lower interest rates to approved clients who want to rent or buy homes.

Getting someone to build affordable housing in the Charlotte area has been a tall order for years. Much to the chagrin of people like James Roberts.

"Financially, I was strapped and I needed affordable housing and I couldn't afford the rent," he said.

Roberts lives in Independence Place in east Charlotte, where furnished rooms run about $800 a month with all bills paid -- including cable.

He said it's sad to see so many new homes pop up everywhere with an average rent of more than $1100 a month. Many working class folks get priced out.

"Sadly, a lot of people are going to sleep in their vehicles or under a bridge or something like that nature," said Roberts.

Mayor Vi Lyles said the city was on board with the project.

"We're growing and what we are trying to grow is our neighborhoods family good families, good housing, whether you choose to rent or to buy," said Lyles.

The city announced Tuesday it will more than double the financial investment to battle the affordable housing issue.

"We are trying to serve people come to work every day, our hospitality workers, our teachers, our firefighters, our police officers," Lyles said.

Bank of America, Ally Financial and Barings will invest more than $70 million to help low-income residents who can't keep up with rising rents.

"I think they're way behind, but it's possible," said Roberts.