Rep. Carla Cunningham said fellow lawmakers will not treat this crisis as a priority until the public starts "pounding on that door." Enter a Charlotte mother. 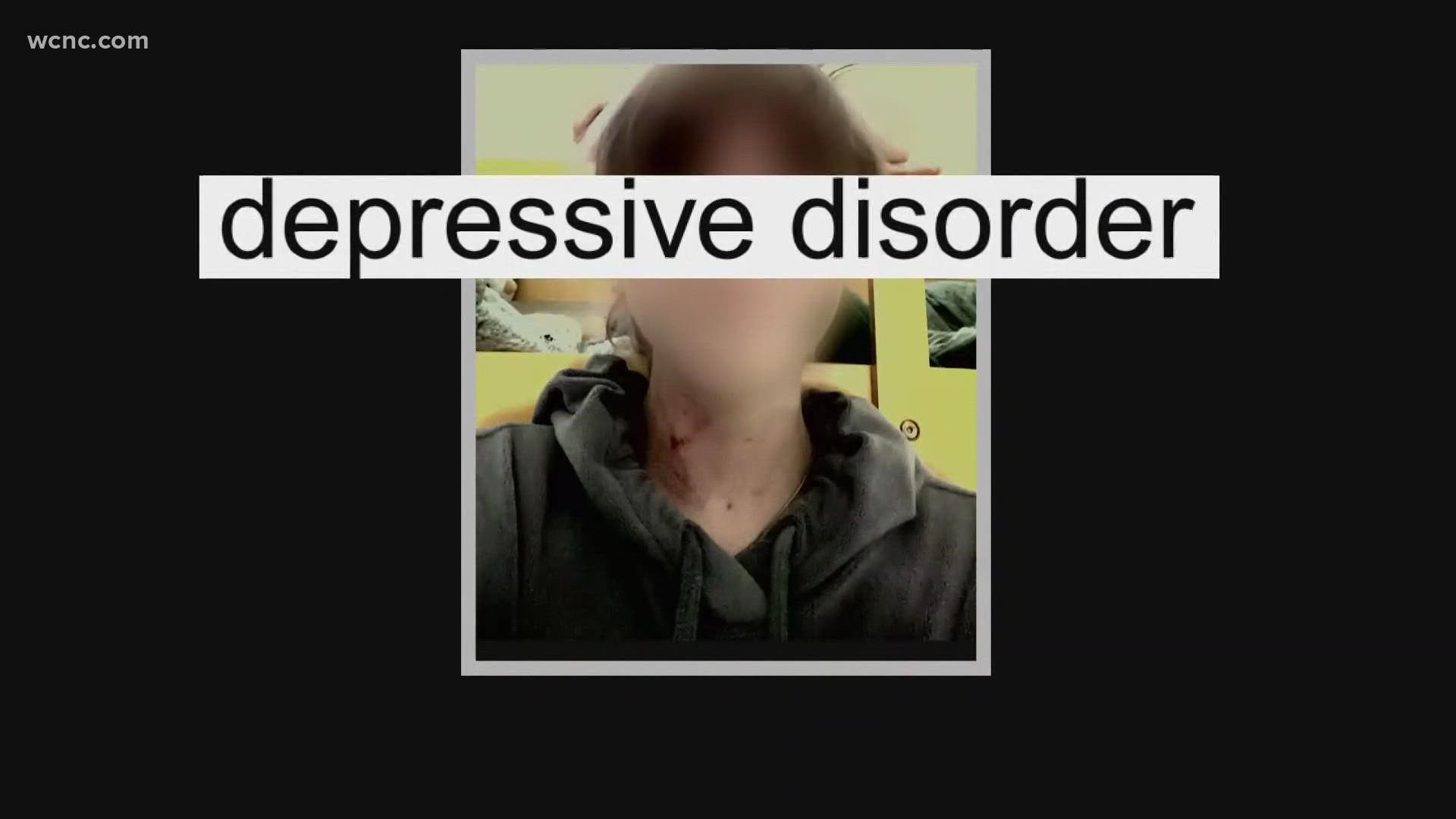 CHARLOTTE, N.C. — Just weeks after WCNC Charlotte uncovered that distressed children were sleeping on floors and in hallways inside an overcrowded mental health emergency department, more families are raising concerns about a problem that spans other hospitals throughout the area and state.

'I hope somebody starts pounding on that door '

Even with millions of dollars in federal pandemic relief headed to North Carolina, Rep. Carla Cunningham (D), NC-District 106, a registered nurse, said the only way elected leaders will make this mental health crisis a priority is if they hear from outraged voters.

"I hope somebody starts pounding on that door," Rep. Cunningham said.

A Charlotte mother is the latest to share her heartache and anger. Her pre-teen is battling suicidal thoughts. Due to the sensitive nature of her daughter's mental health, WCNC Charlotte chose to hide the girl and her mom's identities. The concerned mother said long before COVID-19 shut down schools and isolated children, her daughter battled despair.

"It feels like I'm one step away from losing my first-born child," the mother said. "I feel so sad that at 12-years-old she feels that it would be better to not be alive."

She said one overcrowded hospital turned her daughter away and two others forced her to sleep on the floor and in a hallway chair, most recently at Behavioral Health Charlotte.

'This system has been created over decades'

RELATED: 'Overcrowding can be a problem' at mental health facilities, Charlotte clinic discloses

A Fort Mill father expressed similar outrage at the length of time his son spent in the hallway without a bed at Behavioral Health Charlotte in July.

Citing a spike in emergency department behavioral health discharges for kids, the North Carolina Healthcare Association and 11 other organizations recently called upon the governor and state leaders to do something about the "full-blown state of emergency."

"It's not like there is one person or entity to blame," NCHA Senior Policy Development Director Nicholle Karim said. "This system has been created over decades."

'We haven't been able to move the dial'

Rep. Cunningham said North Carolina's mental health system was already strained before the pandemic and the last year has only made the problem worse.

According to the state lawmaker, until elected leaders are willing to dedicate recurring state money to alleviate overcrowding, there won't be enough beds.

"It's mindboggling to me," she said of the lack of attention given to the problem. "We haven't been able to move the dial on presenting some transitional spaces for these individuals."

She said this is an area where the public can help drive policy.

"When there's a need as critical as this one is, the public and the voting people, they need to be calling, they need to be writing and saying, 'We want this to be a priority in the State of North Carolina,'" Rep. Cunningham said. "If it's not close, if it not's personal, then we have a way of saying, 'Out of sight, out of mind.'"

It's incredibly personal to those facing this as a reality.

"It absolutely is not a priority," the mother said.

She's now on a mission to turn her family's pain into a promise of better care and family support.

Atrium Health runs Behavioral Health Charlotte. The health system has called this a national problem but assured the public the organization does all it can to ensure each patient receives appropriate care and the best possible outcome for their situation.

RELATED: 'OK not to be OK': Mental health takes top role at Olympics