City of Charlotte to give 7 properties for affordable housing. Now they need developers to build them.

"Land is one of the largest costs, especially in the city of Charlotte. These properties have not been identified for any other city use." 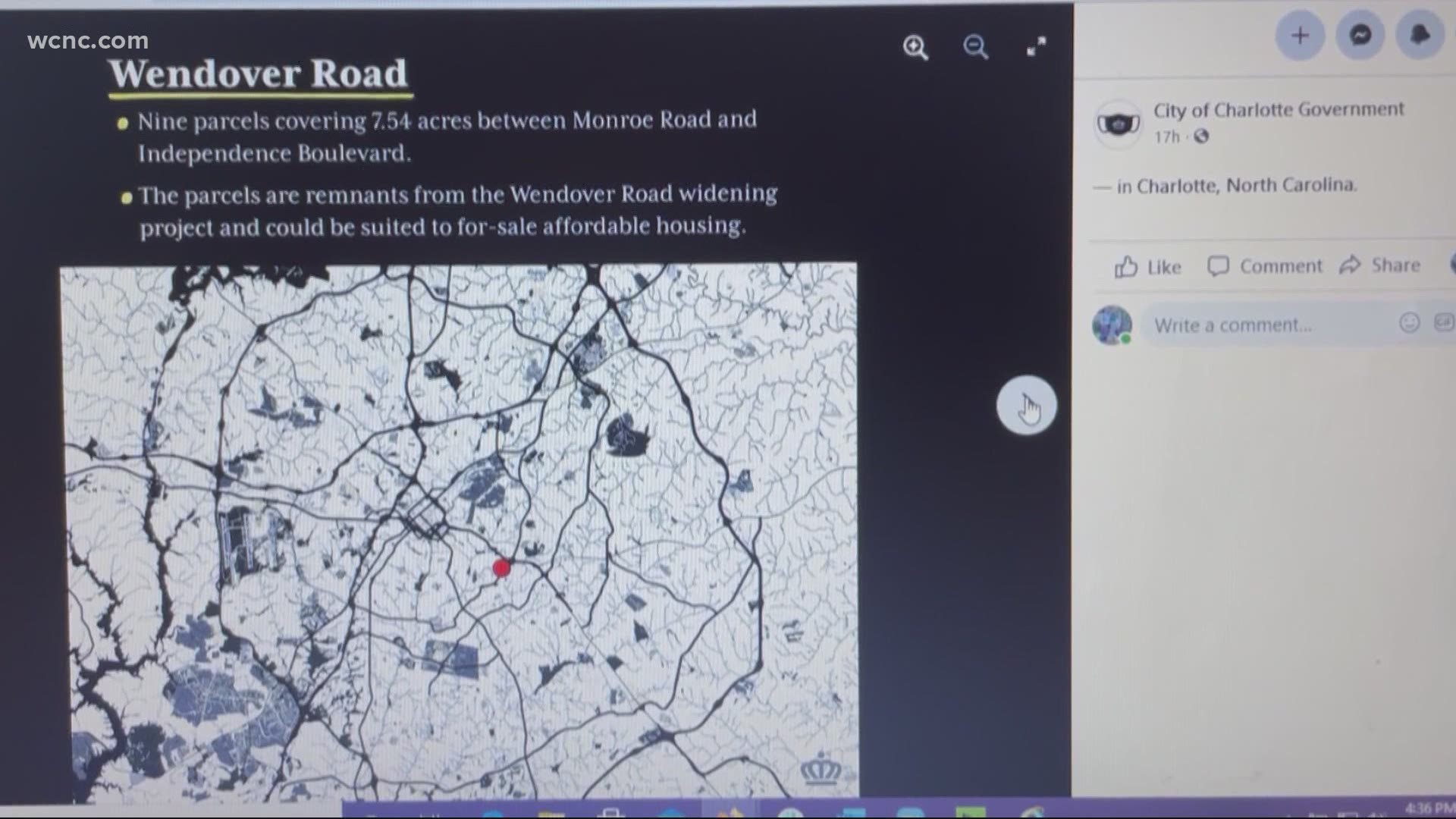 CHARLOTTE, N.C. — Calling all developers! The City of Charlotte is looking for creative affordable housing proposals for more than a half-dozen city-owned properties.

RELATED: ‘Going to be the big one:’ Renters, advocates brace for end of eviction moratorium

The properties are located in areas across the city -- from Ballantyne to east Charlotte to the University area -- and range from a little over an acre to more than 15 acres.

In a Facebook post on Wednesday, the city said the cost of land is often one of the most expensive costs for a new affordable housing development.

Charlotte needs affordable housing, and land is expensive and scarce as the local real estate market booms. The City of...

Posted by City of Charlotte Government on Tuesday, July 6, 2021

“Offering city-owned land as subsidies can reduce a developer’s total cost and their need for additional government subsidies, such as the city’s Housing Trust Fund dollars, while increasing the number of long-term, deed-restricted affordable housing units. Through this best practice, the city is able to leverage its land holdings as it works to achieve its affordable housing goals,” the post read.

The city says most all of the properties are located within roughly a mile from a grocery store and public transit and all sitting empty.

“So the thinking on this, is for the properties that don’t have some other stated use, if we can encourage development of affordable housing by taking some of the cost off the developer, that’s a good thing,” said Brent Cagle, special assistant to Charlotte’s City manager.

Cagle said the city will offer the land for free but will implement strict requirements to make sure whatever is built remains affordable into the future.

“We want to be able to make sure that the development is consistent with our long term goals, so things like deed restrictions will be very, very important to the city so that we can ensure that whatever these developments end up being, remain for affordable housing uses into the future,” Cagle said.

Cagle said they expect some proposals will be to create units that would actually be for sale.

“We can place deed restrictions on the land that would prevent those properties from being recycled, if you will, into market-rate housing,” he said.

According to the city, two of the parcels were donated specifically for affordable housing, including a 4.54-acre parcel along South Blvd, near the LYNX Blue Line, which was donated to the city by the Brooks family of Brooks' Sandwich House.

RELATED: US home prices jump at fastest pace in more than 15 years

Nearby on England Street is another. The city said the 15.64-acre parcel was donated by the family of the late Jerry Blackmon, who served on the Mecklenburg Board of County Commissioners. The city said they envision both affordable housing and retail being developed there.

“And so we’re really leaving it open and I’ll be honest,  staff is really excited to see what the development world brings back," Cagle said. “We really want to see what creative ideas the market brings forward for these properties.”

Affordable housing is defined as costing no more than 30% of a family’s income. In Charlotte, the city says they’re still short 32,000 units. And while they’re not yet sure how many units might come from these seven properties, they say they’re eager to see public land, become an affordable home for those without one.

The city said interested developers will be able to submit their proposals in November. The best will then be presented to Charlotte City Council for consideration and ultimately their approval.