A Charlotte staffing agency says there's a need for workers. They blame continued unemployment benefits for the labor shortage 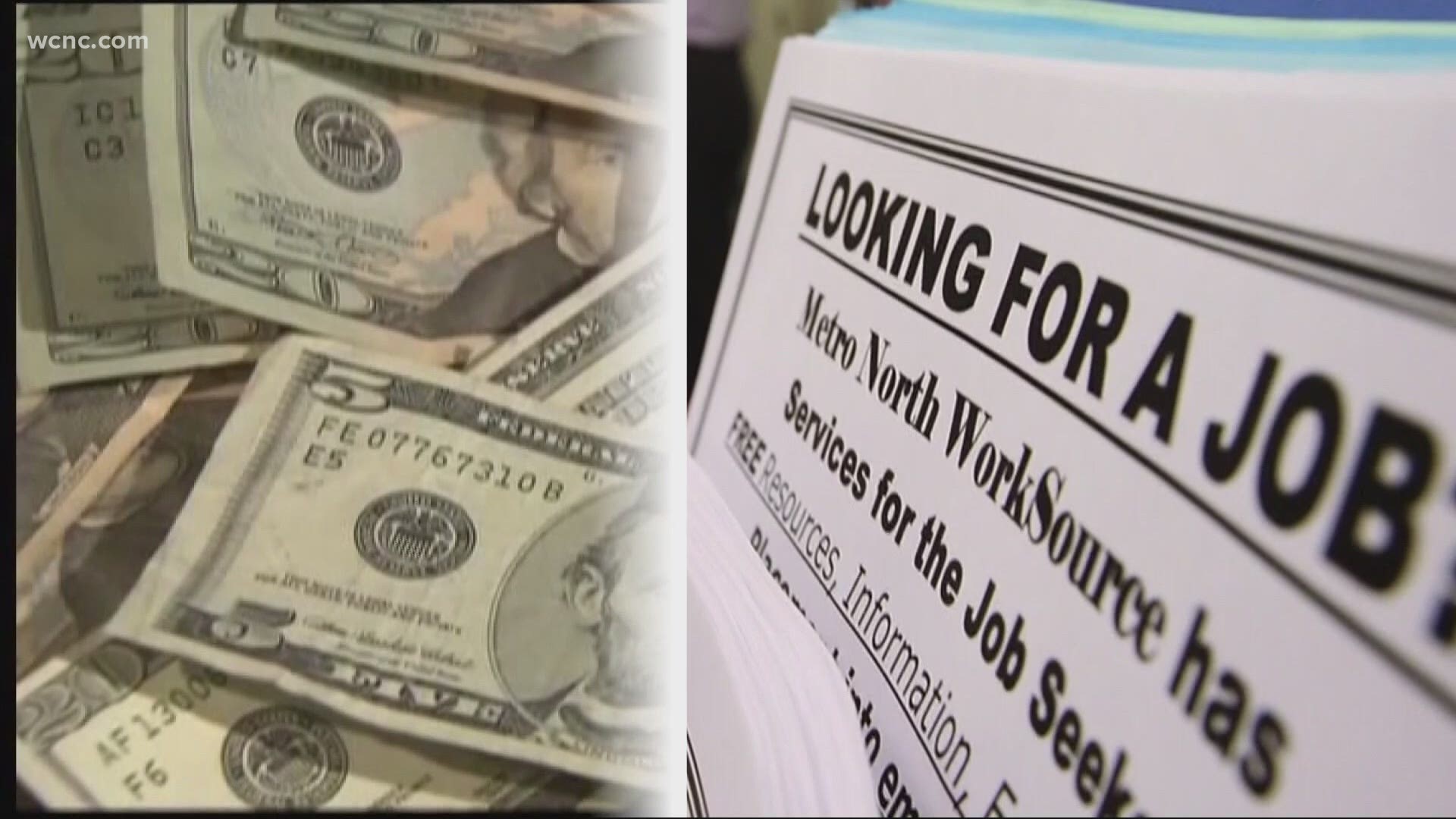 CHARLOTTE, N.C. — A Charlotte staffing agency said the worker shortage seen across the state is not only continuing but they still don’t see an end in sight, as people continue to receive federal and state pandemic unemployment benefits.

“We cannot compete with the unemployment benefits that the government is handing out, it makes it very hard on local businesses to stay competitive with that,” said Allen Tuttle, Director of Operations for Allegiance Staffing, which operates 8 employment agencies across the Charlotte region.

The agency helps staff manufacturing environments, from warehouses and distribution to logistics. Tuttle said the demand for laborers is high.

To lure employees back to work, Tuttle said his clients have raised wages and even offered additional incentives to new hires, including signing bonuses and, in one case, a daily stipend. He said in today’s market companies are no longer only competing against others in their industry for workers but against everyone.

“You’re competing with restaurant chains, hospitality groups, construction groups, so there’s a severe competition in the market, especially in Charlotte,” he said.

The agency said they also feel like they’re competing against federal and state stimulus money and unemployment benefits, which in North Carolina can push $2,600/month, including an extra $300 a week tacked on because of the COVID-19 pandemic.

“The day of and the day after when the stimulus checks came through, the phones, it was crickets in the office,” said Cynthia Rosas, who works for the agency’s South Charlotte location.

She said she’s also noticed an unusual trend as of late: their phones started ringing off the hook Friday afternoons.

“It was brought to my attention by one of my team members, who goes like, ‘Oh, what occurs is that people are last-minute calling in because on Sunday evenings they have to put in for the unemployment that they’ve been seeking jobs',” she said.

As of June 6, work search requirements in North Carolina were reinstated for those receiving unemployment, meaning in order to receive an unemployment check a person must prove they’re looking for work.

RELATED:  Are you collecting unemployment in NC? Here's what you need to know about recent changes

Rosas said applications remain steady, but when it comes time to come in for an interview, many applicants simply don’t show up. Another trend she said she and her team members have now caught onto.

“You can tell right away because they don’t give their names or they just want to know what the highest paying job is or where the job is located,” she said.

Without a labor force, she said some manufacturers are having trouble meeting the demand for production, hence leading to delays seen around the country.

“People were at home obviously buying products and everything, we had several clients say in fact that their workforce had to double,” she said, calling a ripple effect.

The unemployment rate in North Carolina is 4.8%, as of numbers from the United States Bureau of Labor Statistics last updated on July 7. During the COVID-19 pandemic, that number spiked to 13.5% in both April and May of 2020.