Still no stimulus check? You're not alone.

As Congress considers a second round of stimulus payments, an estimated 35 million Americans haven't received their first one. 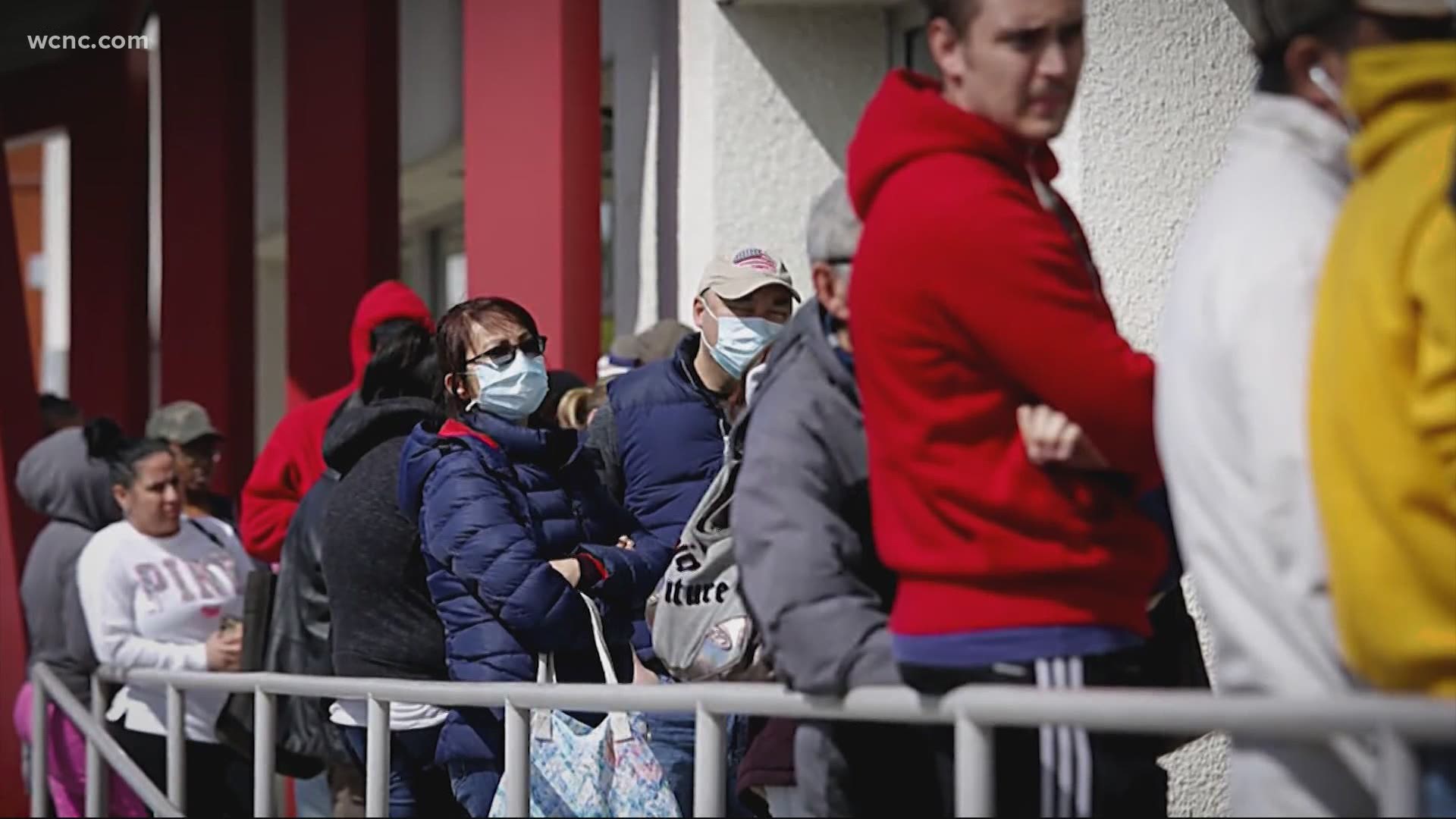 CHARLOTTE, N.C. — As Congress considers a second round of stimulus payments to help Americans get through the COVID-19 pandemic, an estimated 35 million people still haven't received their first stimulus check.

“I have a baby coming in July, I could really use the money; I’ve been laid off," said Arihan Barnes. “They’re talking about sending this round two out but I’m like, I haven’t even gotten the first one.”

Barnes says she hasn't had any luck getting an update on the status of her check.

"I’ve called the number, they said they can't really tell you anything," Barnes said. "When I get on the IRS website and I put in all of my information it’ll just say 'payment status not available,' It’s been saying that since the beginning of all of this."

Alexa Serrano, banking & investments editor for Finder, says many Americans are dealing with the same frustrations.

“A lot of people are right now fearing that they haven't received it that they won't receive it," Serrano said. “Because it was so quick in the beginning, there was a lot of miscommunication, a lot of misinformation, which caused confusion to Americans about how the payments were going to be rolled out.”

Serrano says if still haven’t gotten your check, there could be a few explanations.

“It may be that the IRS does not have your deposit information," she said. "Another case I've seen is if you owe child support.”

Serrano says if you didn’t file taxes in the last two years, you need to fill out the non-filers tool on the IRS website.

And if you’ve moved since you last filed, you need to submit a change of address form. If none of that applies, don’t panic - your check is likely still on the way.

“The IRS may have just scheduled your payment for later in the year," Serrano said.

But for people struggling to pay the bills – the waiting game is crippling.

“I understand the frustration," said Soreé Finley, Senior Attorney for the Charlotte Center for Legal Advocacy.

The center is  the largest provider of legal assistance in Mecklenburg County for low-income and vulnerable populations.

Finley says their helpline has been flooded with calls.

“Most taxpayers have received their EIP, but I know that does not pacify those who haven’t, who are frustrated, who need the money," Finley said, adding that people who have not received their checks yet likely just need to wait a little longer.

“If the IRS website is saying information is not available, that usually just means that it has not processed yet," she said. "Calling the IRS does not rush that process along any further."

Finley points out social security recipients will be among the last to receive their checks.

"The IRS did not start sending out payments to recipients of Social Security until mid-May," she said.

She added it's important to note that anyone claimed as a dependent will not receive a check.

"Sometimes I have to ask were you've claimed as a dependent, and I have spoken to several individuals who were claimed as a dependent by a family member without their knowledge," she said. "I've had a situation where someone was claimed by an adult relative, and they had no idea that this person had been claiming them actually for several years."

Finley says attempting to get an individual update from the IRS during this time is not likely to happen.

“COVID has hit us all in a certain way, and the IRS is not immune to that," she said. "Unfortunately, there are a fraction of taxpayers where the only answer right now is just you have to wait a little longer. It's going to say no information available if your payment has not been processed. All you can do is wait, unfortunately.

More information on the CCLA can be found here.

For more information on stimulus checks, unemployment and more,visit Finder.com.