More than a dozen businesses in the Historic West End have been approved by Uwharrie Bank after being denied PPP loans by Charlotte's major banks. 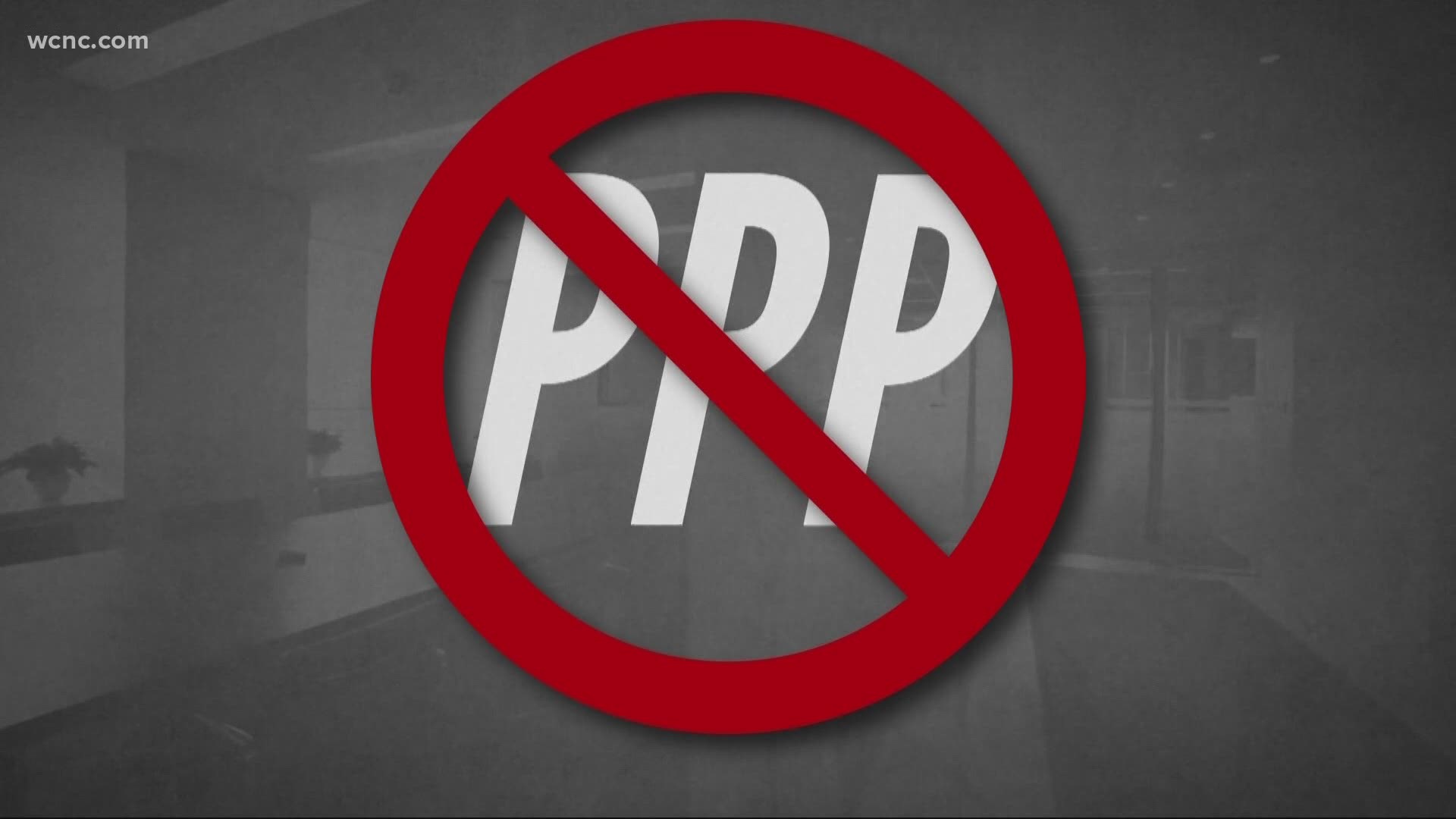 CHARLOTTE, N.C. — Some minority-owned businesses in Charlotte are getting help from an unlikely source after they say big banks turned them down for Paycheck Protection Program loans.

Instead, several businesses in the Historic West End, the corridor that stretches from Beatties Ford Road to West Trade Street are obtaining loans from a small bank in rural Stanly County.

"I actually had to pinch myself. This has never happened," said Jatanya Adams, who heads up Historic West End, a group dedicated to helping the predominantly minority-owned businesses in Charlotte's Beatties Ford Road area. "We are so used to people in corridors of color, we're so used to getting the run around."

Many of the business owners Adams works with are barely hanging on after closing down during Governor Roy Cooper's stay at home orders and being turned down for PPP loans.

"Uwharrie approached us because they had heard us speak about the challenges and said, 'are you OK? Are these people able to get these,' and we said no and they said, 'we'll help you, we got you,'" Adams explained.

David Beaver, the president of the small community bank based in Albemarle said they reached out to Adams and things went from there.

RELATED: How to support Black-owned businesses

"We reached out to Jatanya and said do you you need any help? She said, 'heck yeah, we have 110 businesses who have applied different places and we can't get any assistance,'" Beaver said. "We said send them all to us and we'll do the best we can."

So far, 15 of the businesses in Historic West End have applied and all 15 have gotten loans. Beaver says they wanted to foster this partnership because rural communities and minority communities have more in common than you might think, citing disparities in pay and few locally owned businesses.

"We have two people that don't look anything alike from two totally different places showing that the experience is the same and it's a matter of tools and attitude," Adams said.

"If we can help them survive to get through this process, then our whole community will be better off," Beaver said.