Within a matter of hours, people in the community collected $256 for the boy. The money will go toward the purchase of a riding lawnmower. 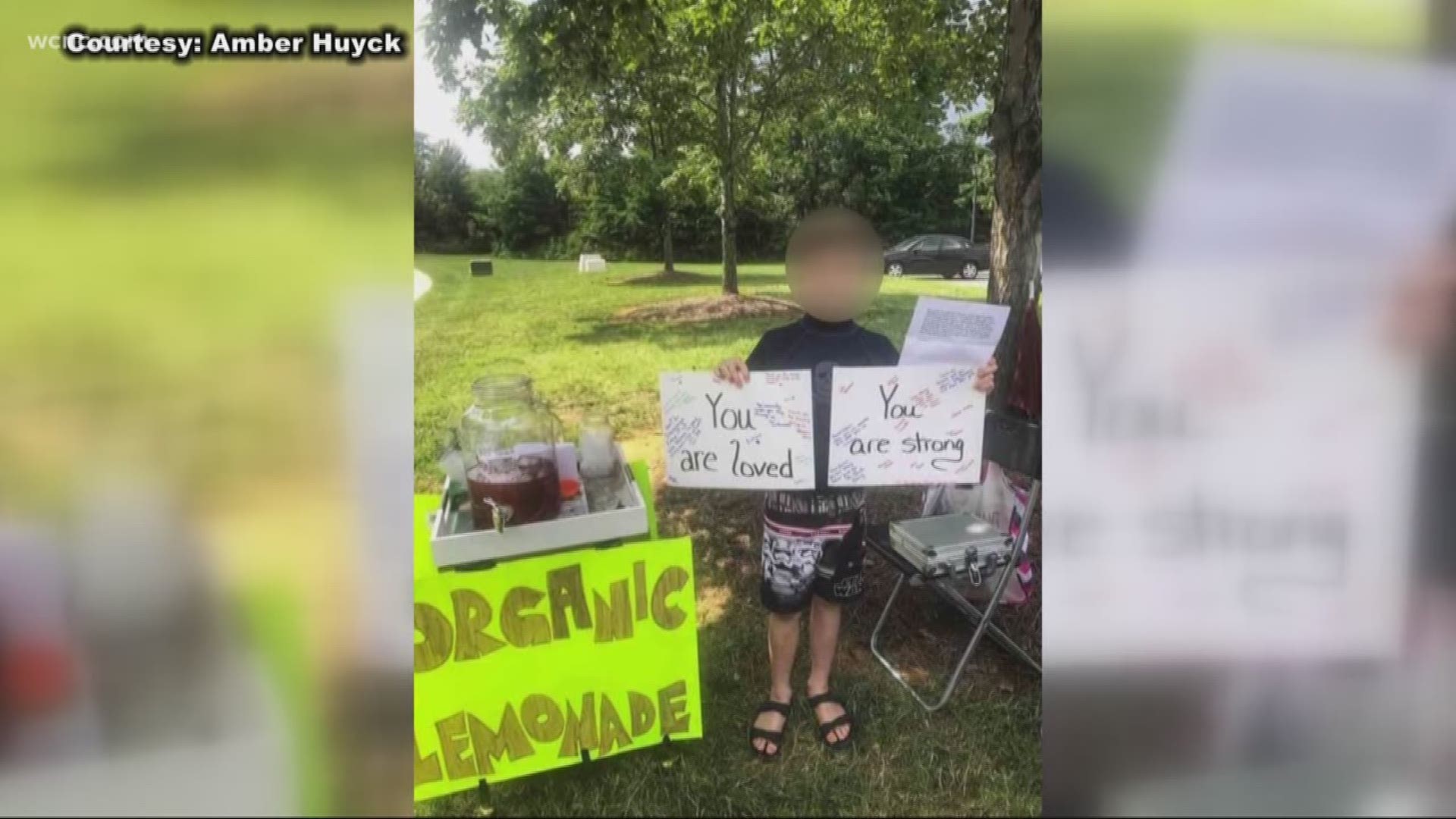 Investigators said the teen, who wore a camouflage hat and black shirt, stuck a handgun in the boy's stomach demanding money then ran away.

Deputies found a trail in the woods where a camouflage hat, BB gun and the stolen metal tin were recovered.

Authorities believe the guy left a bicycle and walked from there to the lemonade stand.

“I’ve never heard of a lemonade stand robbery,” said Tony Underwood, Union County Sheriff’s Office chief communications officer. “You know, I think people are capable of a lot of things but not robbing a child at a lemonade stand. That one takes it to a new level.”

Phillip Smith, the boy’s father, said he never thought something like this would happen in their neighborhood.

“Never thought in a million years I’d be racing off to pick him up with somebody pointing a gun at him and taking his money from just a simple thing of selling lemonade,” Smith said.

Neighbors describe the boy as an entrepreneur, with lemonade, landscaping, and mowing businesses.

“He’s always so happy,” neighbor Amber Huyck said. “Everybody talks about how he brings smiles to everybody.”

After hearing the news, Huyck said she wanted to do something to let the boy know not everyone is a bad person and show him the neighborhood cares. Within a matter of hours, people in the community collected $256 for the boy. The money will go toward the purchase of a riding lawnmower.

“He was definitely shocked,” Huyck said. “He didn’t really have a whole lot of words. His eyebrows shot up into his forehead, and he was very excited.”

Smith said his son was back out selling lemonade on Sunday and will continue to sell, but they will be taking more safety precautions from now on.