The video has raised concerns about the skyrocketing growth of bikes, scooters, and pedestrian traffic in our area. 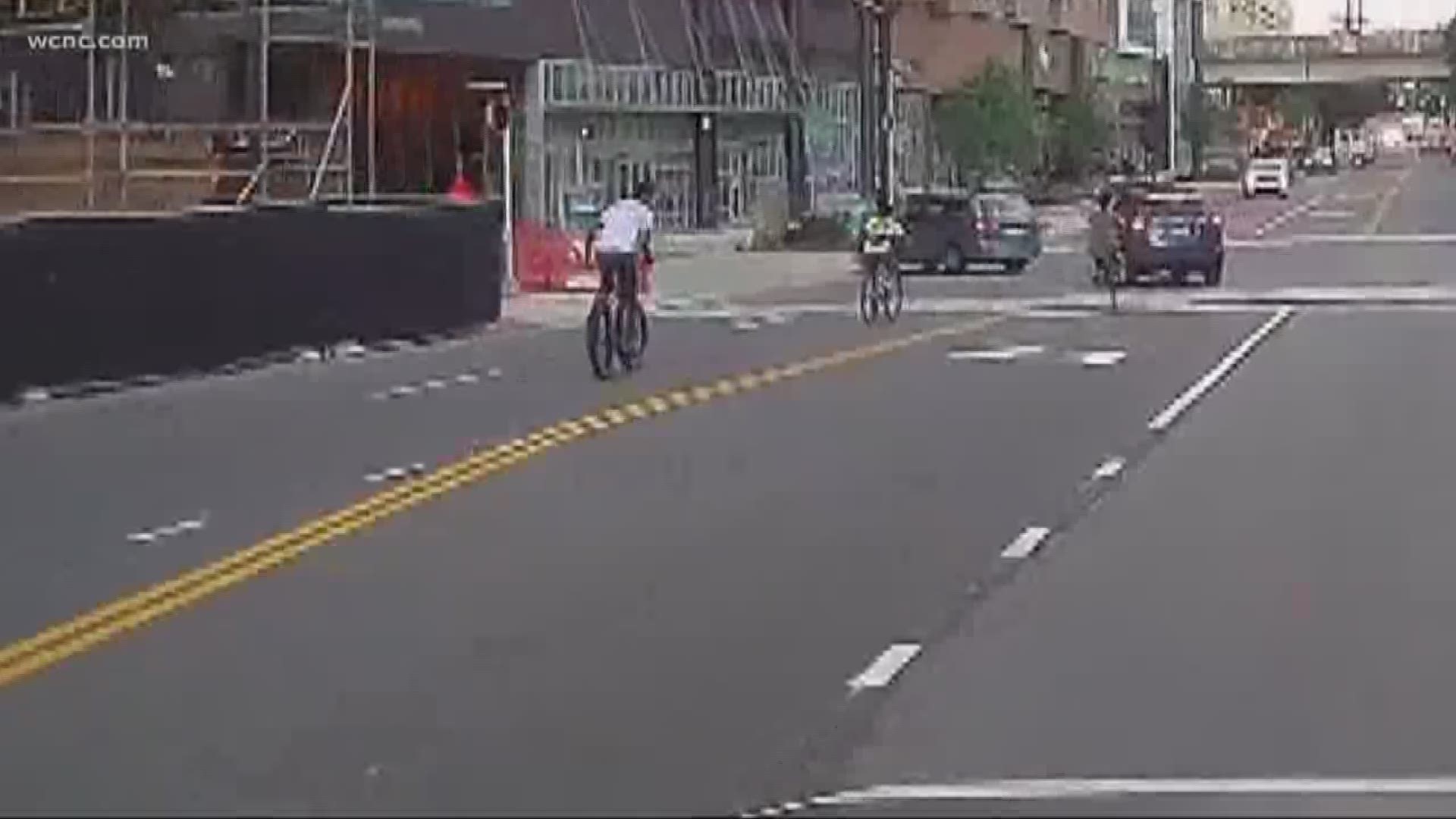 CHARLOTTE, N.C. -- Bicyclists gone rogue on the streets of uptown Charlotte were caught on camera Wednesday.

The cyclists pedal furiously through traffic with one barely avoiding crashing in to a car. None of the riders were wearing helmets.

The video has raised concerns about the skyrocketing growth of bikes, scooters, and pedestrian traffic in our area.

You’ve probably seen dockless bikes around the city; there are more than a thousand of them in Charlotte. The bikes were so popular, three companies introduced electric scooters to Charlotte.

Mix that with booming traffic, and things can get a little dicey. There's no doubt these things are becoming a part of the Charlotte landscape.

“I just see it’s an accident waiting to happen,” said Bart Stetler, owner of Queen City Bicycles in South End. “There are so many bikes but it still all integrated with live traffic.”

While Bart is a seasoned cyclist, most of the people hopping on the dockless bikes are not.

“I see people using these bikes every day. I see them having fun, so I see the positive impacts of that,” Stetler said. “But you also see people who don’t normally ride bikes who are just getting on them, they feel like there’re a kid; they’re running a little crazy and usually don’t have helmets.”

“It’s going to be an interesting balance as time progresses with cars and bikes and people,” Stetler said.

Of course, the goal is to find a way to happily co-exist on the road. So if you’re on a bike, wear a helmet and follow traffic laws. If you’re in a car, be extra vigilant.