Dozens gathered to march in the first annual Cesar Chavez and Dolores Huerta Walk to commemorate the legacies of the renowned Latin-American civil rights leaders and advocate for Charlotte's immigrant and labor community. 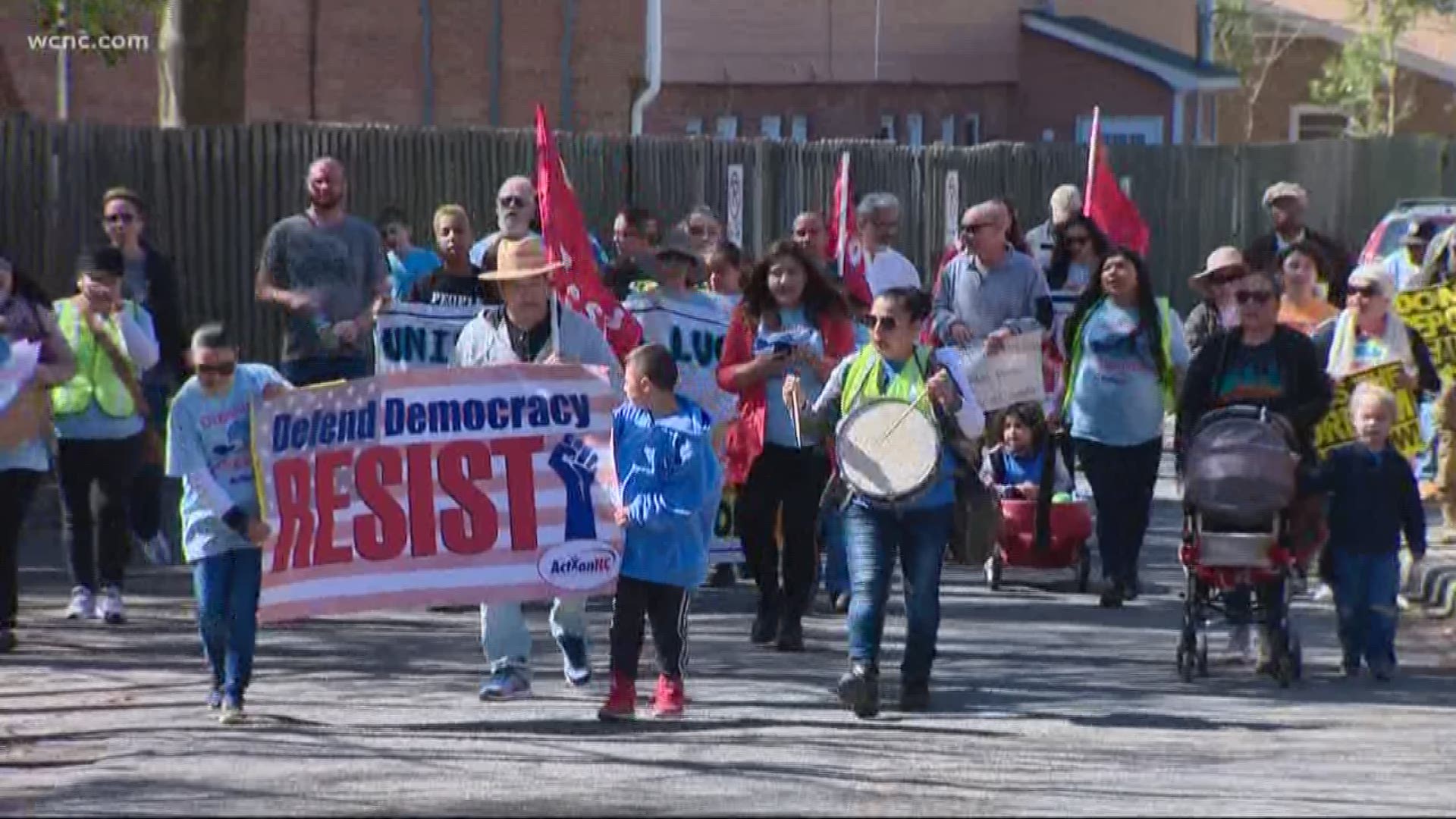 The march was organized by Action NC, Latin American Coalition, Communications Workers of America, Universal Institute of Aging of Carolinas and community members.

"It is time to make it the norm that workers stand up and fight for their rights. United, we can get a living wage, stop sexual harassment at work sites, better treatment at work, and the benefits we deserve for our hard work," said Julio Fernandez of Jobs with Justice.

"The first annual walk in celebration of all that Cesar Chavez and Dolores Huerta have done to move forward the causes of immigrants, workers, women, and human rights in general. This march will celebrate their legacies and continue their work in defense of our community," according to a press release from Action NC.

The walk began from the Latin American Coalition at 4938 Central Avenue and ended outside Action NC's office at 1817 Central Avenue.

"Women continue to earn a fraction of what men do. It’s important to stand together as women to make the changes that we want and need," said Action NC board member Zhenia Martinez.

Action NC's mission is to confront and reduce the root causes of poverty, underdevelopment, and social and economic inequality through grassroots education, training, organization and mobilization, according to the organization's website.