With several of the sport's top organizations being based in Mooresville, they're paying tribute to fallen K-9 Officer Jordan Sheldon with a special decal on their cars. 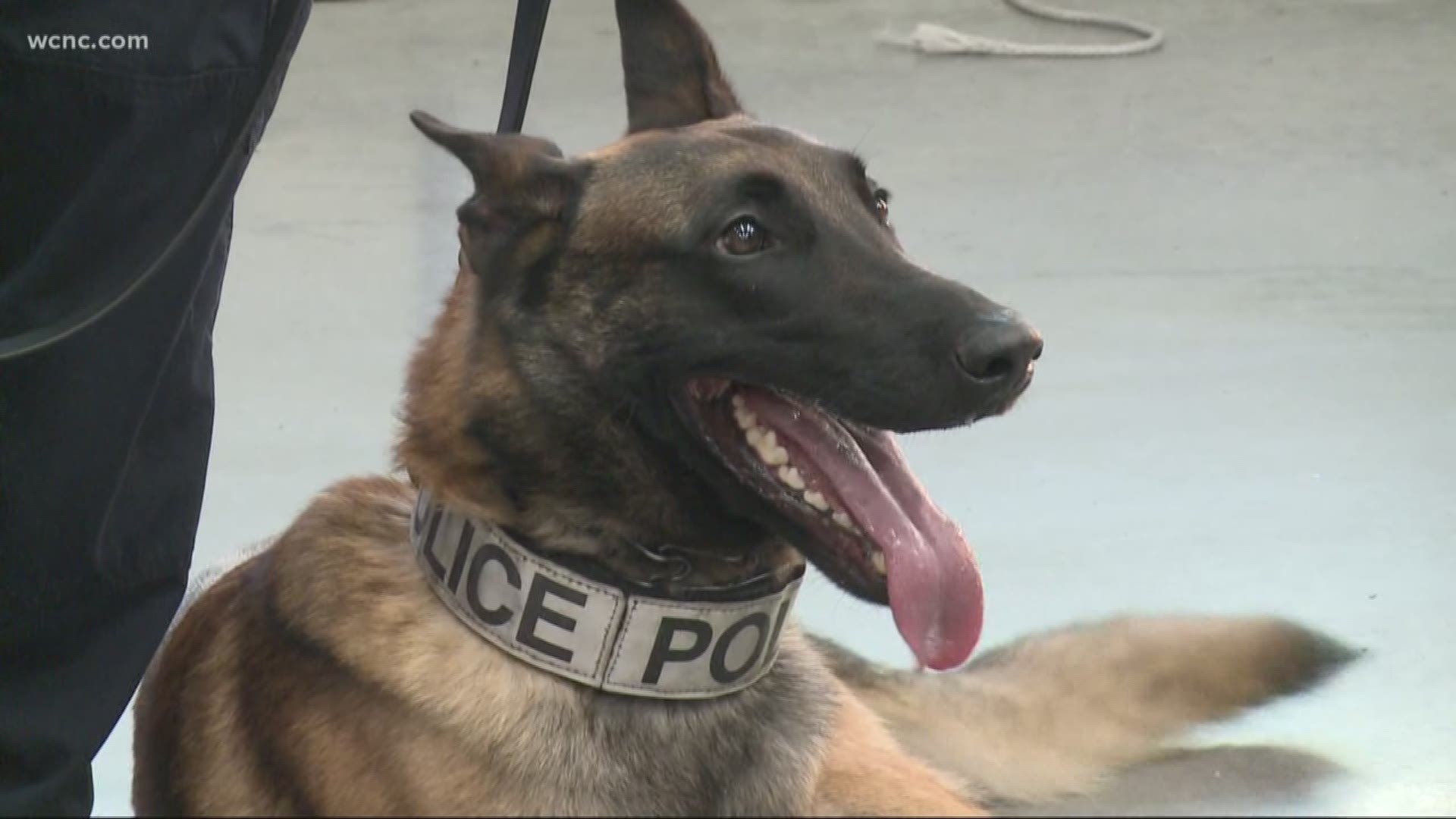 CHARLOTTE, N.C. — Two weeks of NASCAR racing at Charlotte Motor Speedway will kick off Friday but many of the teams are racing for more than just the checkered flag.

With several of the sport's top organizations being based in Mooresville, they're paying tribute to fallen K-9 Officer Jordan Sheldon with a special decal on their cars.

"This is very special and it's always great when we see the NASCAR teams doing things to support their neighbors and support their community," said Scott Cooper with Charlotte Motor Speedway.

One of the teams honoring Sheldon is the Mooresville-based No. 16 of Hattori Racing Enterprises. Their truck will have two decals for Sheldon during Friday's Camping World Truck Series race.

"It's important to them," Cooper said. "Not just the entire NASCAR community, but Mooresville means neighbors for this team."

And there was very special guest in the garage at the speedway Friday. Mooresville K-9 Ramon, Sheldon's partner, was roaming through to see his friend's tribute. He's even on the side of a few cars alongside Officer Sheldon. For now, Ramon is being cared for by Mooresville K-9 Officer Dan Walther.

Sheldon's family wants Ramon to keep working — serving the community — and doing what he loves.

Cooper said NASCAR and its teams use their platform to support important causes. Several teams will pay tribute to the victims of the UNC Charlotte shooting during the All-Star Race and Coca-Cola 600 weekends at CMS.

Ryan Repko, a student at UNC Charlotte, also drives a late model stock car in the CARS Tour series. He will be racing at Motor Mile Speedway in Virginia Saturday in a special Charlotte Strong car. Repko is raising money for the victims' families by letting fans "buy laps" during this weekend's race.