'Nobody can replace her' | Hundreds gather to mourn teen drowning victim

At West Lincoln High, hundreds of Makenna Warlick's classmates gathered to pay tribute to a girl taken too soon. 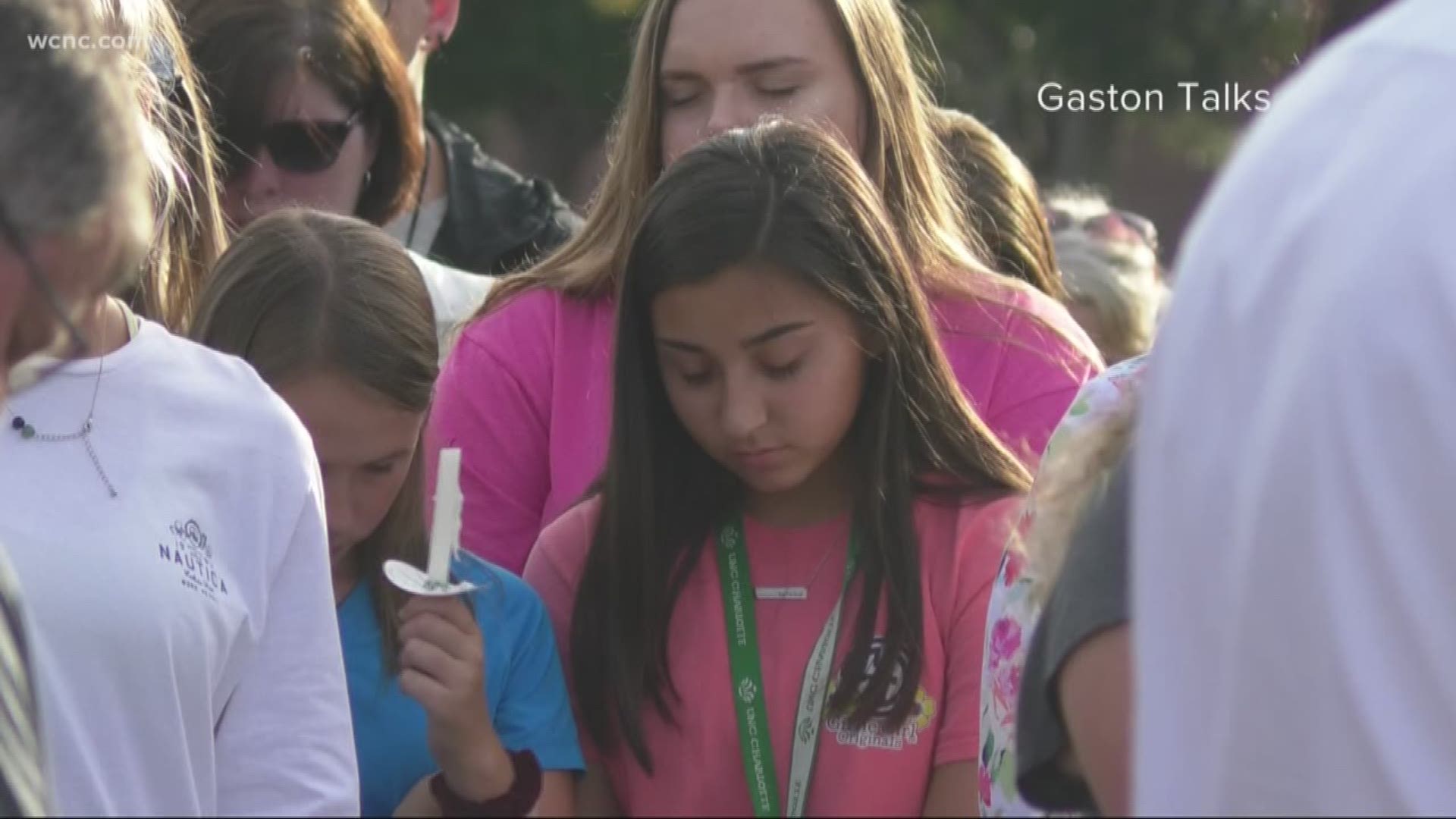 LINCOLNTON, N.C. — It was a night of raw emotion and support as the Lincolnton community came together to honor Makenna Warlick.

Around the school rock at West Lincoln High, hundreds of Warlick's classmates gathered to pay tribute to a girl taken too soon.

Many are in disbelief, finding comfort in one another.

"Her personality was the best thing about her, her laugh," said Addie Bumgarner, Warlick's friend.

Candles were lit to remember the girl who lit up their lives.

Her body was pulled from the South Fork River on Tuesday.

"And I just broke down," Bumgarner said. "You know, it's really just hard to believe."

As Warlick's community gathered in prayer, balloons were released in her memory.

A daughter, classmate, friend was lost -- but never forgotten.

"Makenna was one of a kind," Bumgarner said. "Nobody can replace her."

Stickers were also being sold at Wednesday night's event. The money raised goes to the family to help with funeral costs. Additionally, there is a GoFundMe account.