Women across our area took to the streets for the second Women's March Charlotte on Saturday. 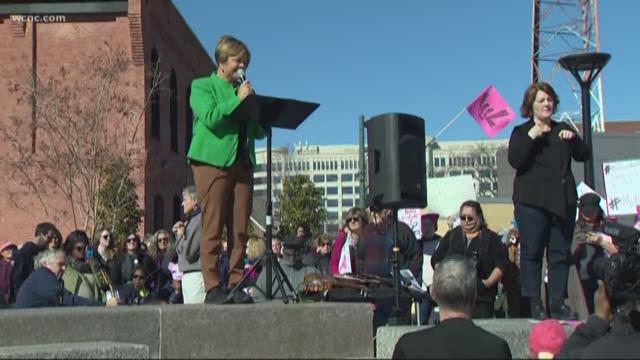 Over in the Queen City, women across our area took to the streets of uptown Charlotte.

According to the Charlotte Women’s March website, the event was “devoted to uniting a diverse and inclusive group of individuals.”

One of the demonstrators said she was pleased to see a lot of youth get involved in the march. She said she brought her elementary school-aged daughter at the march.

Charlotte’s Women March is just one of thousands planned in cities around the world. Historians estimated an average four million Americans participated in the first Women’s March, making it one of the largest single-day demonstrations recorded in U.S. history.

“It’s the perfect opportunity to teach them that experience and the power of their voice and power of working together and standing together,” said Kelly Finley, Founder and Executive Director of Girls Rock Charlotte, a non-profit which uses the power of the arts, music and film to teach girls and youth the confidence to stand up for themselves.