Funeral held for 13-year-old shot and killed in Monroe

Police arrested and charged four people with first degree murder of the child. 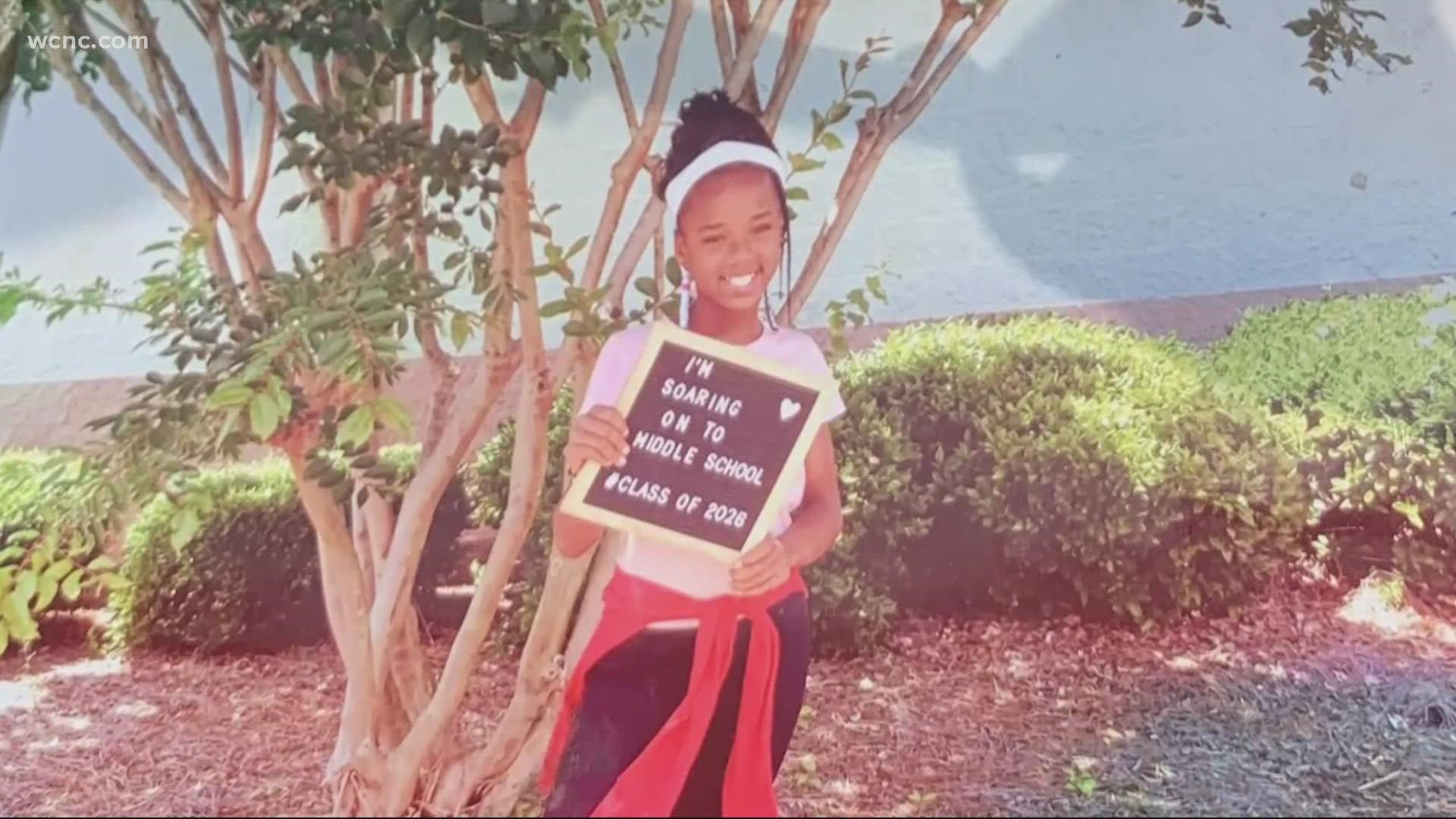 MONROE, N.C. — Loyalti Allah, 13, was laid to rest one week after she was shot and killed on Icemorlee Drive in Monroe.

Police believe Allah was sitting at a picnic table with friends when a car drove by, shot in the children’s direction and sped away.

On Saturday, people gathered at Blakely’s Funeral Home in Monroe for Allah's service. Her youth pastor, Isabel Sawyer, was one of the speakers.

“No mother, no father, no brother and no sister should have to experience what we’re facing here today," said Sawyer.

Loyalti’s favorite colors were pink and blue. Many wore those colors at her funeral to remember the little girl whose life was stolen.

Allah's family was too distraught to do an interview on Saturday, but the child's mom, Yvette Allen, told WCNC Charlotte last week that her daughter, 13-year-old Loyalti Allah, was the victim of gun violence.

Tonight a memorial is forming for a 13-year-old girl named Loyalti. I spoke with her mother who is still in disbelief after her daughter was shot and killed last night in Monroe. Her message tonight at 6 @wcnc pic.twitter.com/wpVy88X606

Loyalti Allah was transported to a local hospital and was later pronounced dead.

Authorities believe Loyalti was sitting with friends on a picnic table when a black vehicle drove by and someone inside the vehicle began to shoot in the directions of the victim before speeding away.

A memorial started to form Sunday morning for Loyalti. Her mother still in disbelief but thanking the community for their support.

FYI, Just wanted to let everyone know that Monroe Police have now charged the four individuals involved with the...

“Our officers have done an amazing job in leaving no stone unturned to ensure the individuals who committed this crime are not only identified, but also apprehended and brought to justice,” said Monroe Police Chief Bryan Gilliard. “This is such a devastating act that has far-reaching implications that was entirely uncalled for. These individuals took an innocent life for absolutely no reason and now a family and community has to live with this forever.”

The investigation is active and suspects are considered to be armed and dangerous. Police ask anyone with any potential information is asked to call the Monroe Police Department at (704) 282-4700.

WCNC Charlotte is choosing to show the mugshots of the suspects in this case because the listed suspects are considered armed and dangerous and a potential threat to the community.