A man can be seen using a metal bar to ransack the store. Police have arrested a suspect. 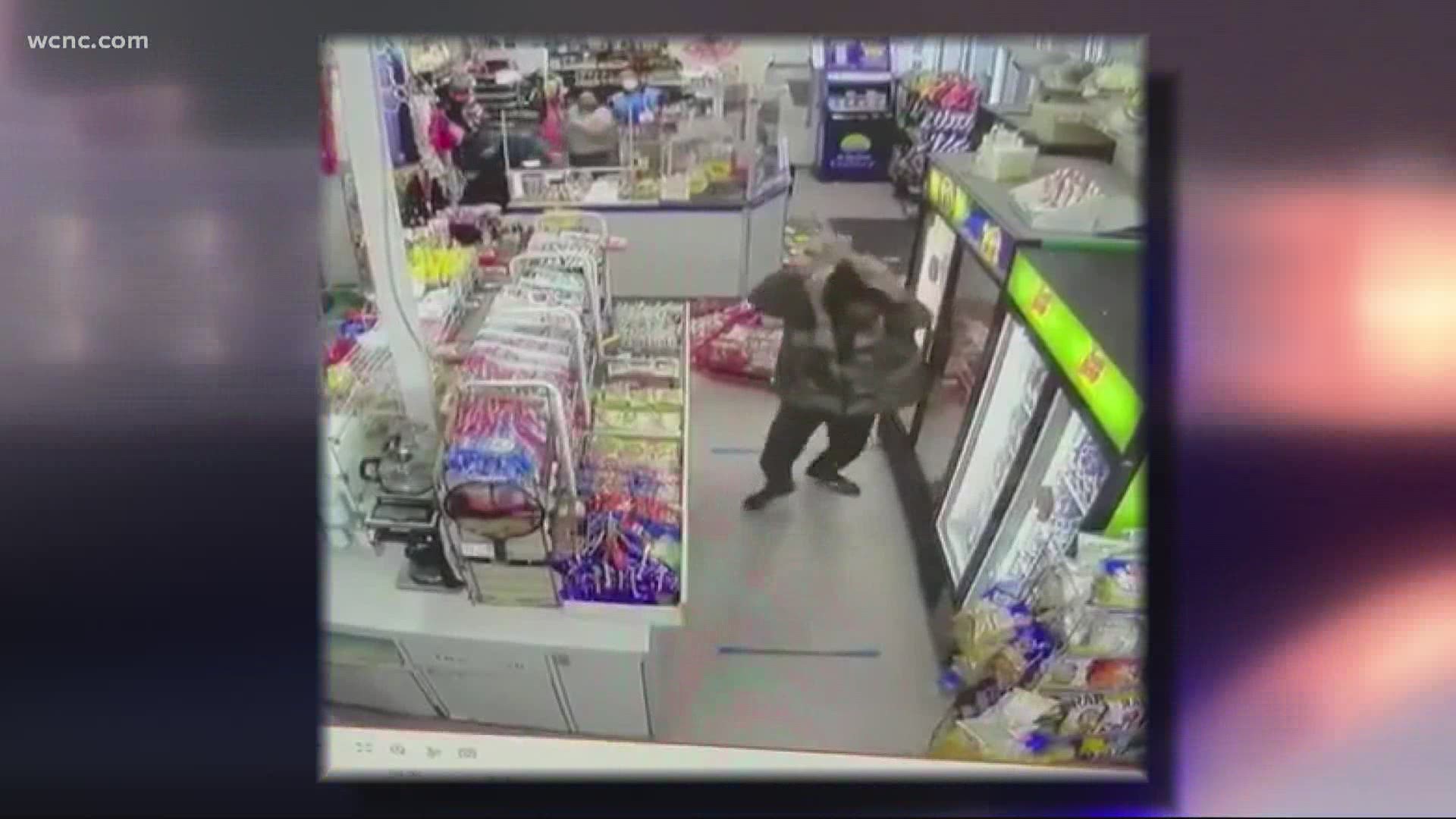 CHARLOTTE, N.C. — A GoFundMe has been started for the owners of a Charlotte convenience store after a surveillance video captured a man ransacking the business.

The GoFundMe says Grace Lee Sung's uncle, who owns the store in Plaza Sundries on Trade Street near the Charlotte Area Transportation Center, was the victim of the attack in which the suspect tore up the store with a metal bar on March 30.

Sung said the suspect hurled anti-Asian racial slurs and other kinds of verbal abuse during the incident. Someone else reportedly entered the store and also yelled at the owner.

Afterward, Sung said more men lined up at the doors, yelling across from broken glass and making sexual gestures while the owner and wife cleaned up the mess.

Sung said the owner and his wife are spat on, assaulted, stolen from, and threatened daily, and that they have filed police reports on a daily basis.

“We get called racial slurs almost every day-- that’s nothing new," the owner's son said by phone. "As far as the level of violence that’s a new high.”

The owner of the store has been hospitalized previously, and his wife has been unable to sleep for more than three hours a night for the last few years due to stress.

“We’re just trying to make a living like everyone else," the son said. "We’re very peaceful and don’t want any trouble, but I feel like these times people’s fuses are a lot shorter.”

Organizations like Unity in Community say they have been and will continue to come together in solidarity with the Asian community to educate and push for more peace and change.

“It’s part of a long history this country has had who we see as “the other," Unity in Community President Pam Jones said. "Speaking out against Asian hate is a stand all of us can take.”

WCNC Charlotte reached out to police about this incident, and Charlotte-Mecklenburg Police confirmed 24-year-old Xavier Rashee Woody-Silas was arrested in connection to the incident. They noted the daily security functions for CATS are handled by private security company G4S, contracted by the Charlotte Area Transportation System. CMPD referred us to them for a statement. CATS then released the following statement:

On March 30, 2021 a violent incident occurred at Plaza Sundries in the Charlotte Transportation Center (CTC) causing extensive damage to the business. The suspect involved in the incident, Mr. Xavier Rashee Woody-Silas, was immediately arrested by G4S Company Police and received the following charges:

In addition, CATS understands that police are pursuing a potential charge of Misdemeanor Ethnic Intimidation (under North Carolina's hate crimes statute) at least partially based on alleged statements made to the store clerk. The suspect has also been banned from all CATS facilities and services.CATS has verified that G4S has increased officer presence at the CTC. CATS strongly condemns any act of racism or violence and will continue to prioritize the safety of everyone.