The crowd was there to hear the family of George Floyd. 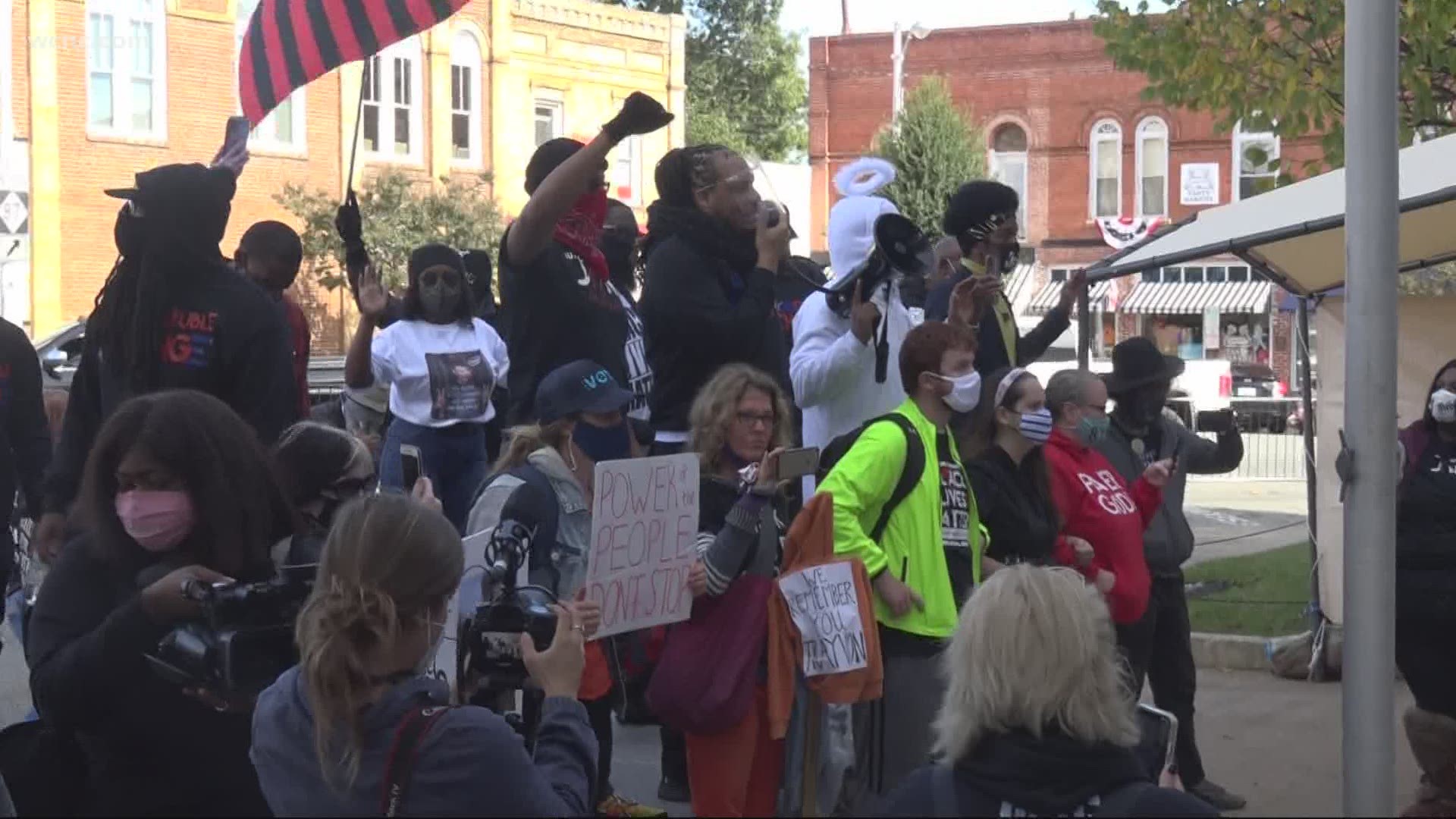 GRAHAM, N.C. — The Alamance County Sheriff’s Office along with Graham police made arrests Saturday during a protest in Graham, according to investigators.

"I got pepper sprayed while I was getting my eyes cleaned out with saline," said demonstrator and attorney Jamie Paulen. "That's how bad today was. Revered Drumwright planned a peaceful event there was no reason for law enforcement to come out the way they did."

The crowd of about 50 people were there to hear from the family of George Floyd and march to the polls to vote.

Officials said event organizer Rev. Gregory Drumwright was granted a permit to hold a rally on the grounds of the Alamance County Historic Courthouse.

According to the Alamance County Sheriff’s Office, Drumwright was involved in several meetings with the sheriff’s office and Graham police to discuss his plans and the rules to abide by during the event.

The sheriff’s office said Drumwright chose not to abide by the agreed rules.

“After violations of the permit, along with disorderly conduct by participants leading to arrests, the protest was deemed an unlawful assembly and people were asked to leave,” the sheriff’s office wrote in a news release.

According to investigators, Drumwright and other participants refused to leave.

WFMY News 2's Itinease McMiller was at the scene.

"The Alamance County sheriff department said folks were engaging in unlawful behavior. Those who didn’t leave were arrested," McMiller said. "A group has now formed outside the detention center as those arrested slowly make their way out. "

The Alamance County sheriff department said folks were engaging in unlawful behavior. Those who didn’t leave were arrested. A group has now formed outside the detention center as those arrested slowly make their way out. @WFMY pic.twitter.com/HYvakaKivL

Detectives said three separates announcements were given to those participating in the rally to leave.

Investigators said after the first announcement, officers waited five minutes for participants to leave, later a second announcement was made.

Officers said they then waited two more minutes for participants to leave and made a third announcement warning people they would be subject to arrests.

Among those arrested was keynote speaker and organizer Reverend Greg Drumwright.

"We are fed up with this kind of treatment in Alamance County," Drumwright said. "We did nothing illegal we were permitted to be on that court house square."

Investigators said those arrested face varying charges that include Resist Delay and obstruct, Failure to disperse, and one count of assault on a law enforcement officer. Demographic details will be released on a later date.

Gov. Roy Cooper expressed his thoughts on the incident via Twitter.

"This incident is unacceptable," Cooper said. "Peaceful demonstrators should be able to have their voices heard and voter intimidation in any form cannot be tolerated."

“It’s very important everyone is able to vote and without any hindrance, intimidation, or obstacles," Harris said. "Again there's too much at stake. Everyone deserves to vote.”