Michael Miles said he warned the would-be intruder before opening fire, saying he needed to protect himself. 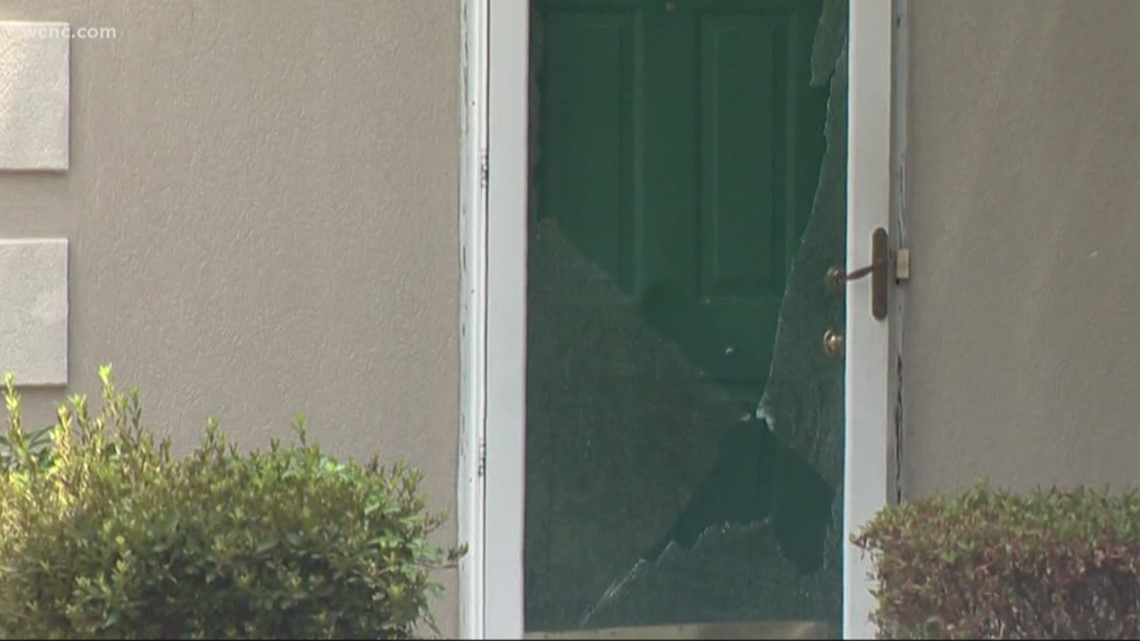 CHARLOTTE, N.C. — A homeowner is speaking out hours after getting into a shootout with a would-be intruder.

It happened around 11:30 a.m. Monday on Darbyshire Place, not far from the Northlake Mall. No one was hurt, but the suspect remains on the run.

The case is raising an interesting question: What are your rights to defend yourself as a homeowner? NBC Charlotte looked into North Carolina law to get answers.

The homeowner, Michael Miles, said he’s a state certified security officer so he knew what to do in the situation. He warned the would-be intruder before opening fire, saying he needed to protect himself.

"I wake up to a series of knocks, that turned into kicks, someone was trying to break into my home," Miles told NBC Charlotte.

Miles said he was forced to do something at his home that he’s never had to do on the job as a security officer -- fire his gun.

Miles described to NBC Charlotte what he was thinking as the suspect tried to break down the door.

"'What are you doing? Don’t make me do my job,'" Miles said. “He was kicking the door to the point the door was coming off the hinges, so he was not in my house, but he was in my house and I had to defend myself at that time.”

Police said the suspect took off but not before returning fire.

"Shortly after I shot, he was shooting back into my house," said Miles.

There was shattered glass visible at the front door of the home, but no one was hurt. Neighbors said they were glad to hear how it ended.

"I am glad he was able to defend himself," said neighbor Alexa Myers.

"I love it; more should have protection," said neighbor Melvin White.

The NBC Charlotte Defenders team looked into North Carolina’s Stand Your Ground Law about your rights to defend yourself as a homeowner. A homeowner must be present and in fear of their life or safety to use lethal force.

"If you are in your home or place of business and somebody intrudes into your home, there is a presumption you are in reasonable fear," criminal defense attorney Melissa Owen previously told NBC Charlotte. "A man can view his home as his castle to defend, that said I think people need to be very careful in using force."

Miles said during the attempted break-in, he had no choice but to act.

"This person was adamant about getting into my house, to the point where you have no regard for what’s going on inside, so I have to protect myself," Miles said.

For hours on Monday, his home remains a crime scene with yellow tape and shattered glass.

"That’s a man’s peace. And I didn’t get that today," Miles said.

No arrests have been made in the case.