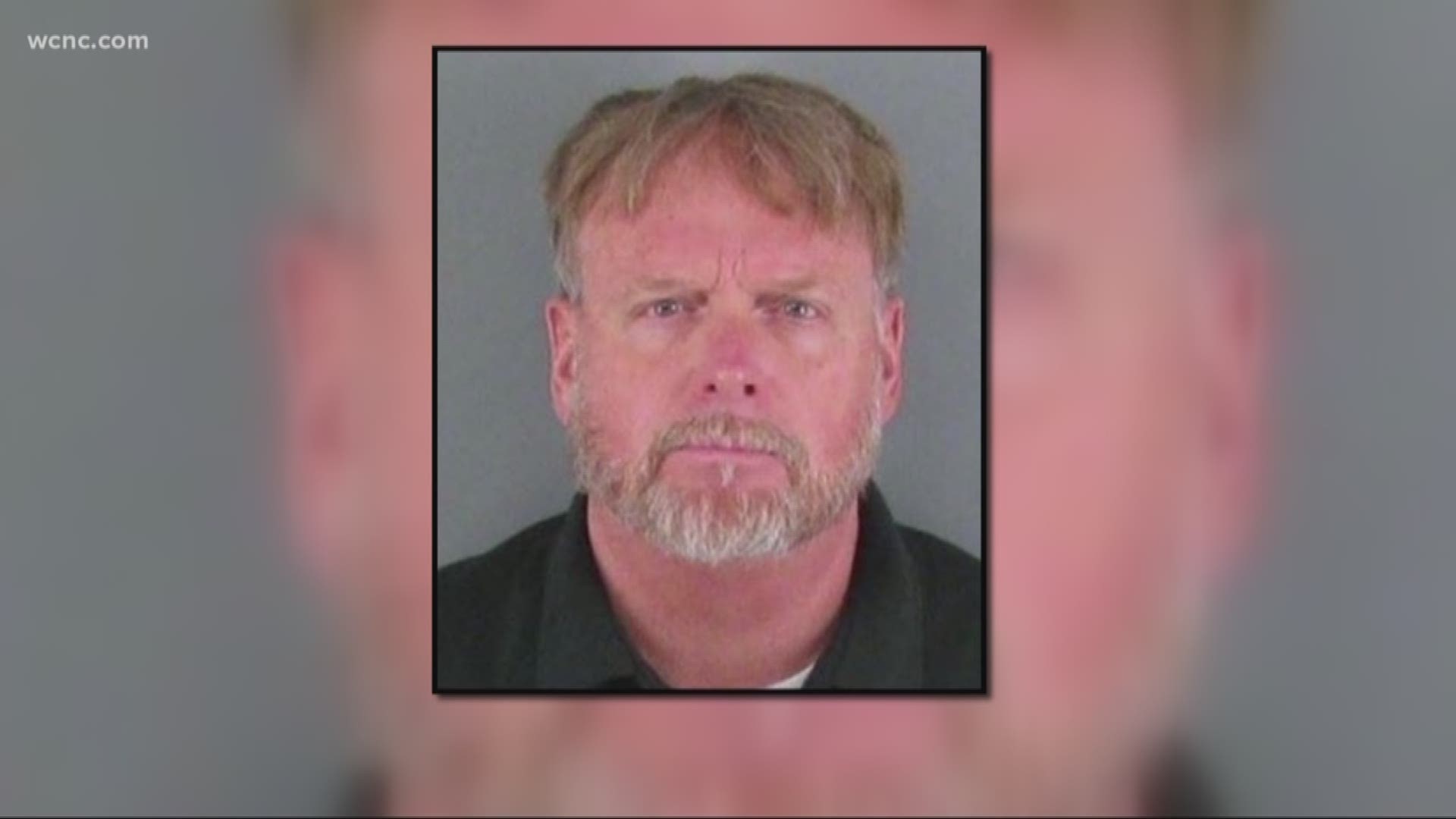 According to arrest warrants, Jonathan Busch, of Mooresville, had sex with a girl who was reportedly between 12 to 15 years old from Gaston County.

Weiner is currently serving a 21-month sentence in federal prison after admitting to illicit online contact with a 15-year-old girl living in Gaston County.

He had been married to Huma Abedin, a prominent aide to former 2016 presidential candidate Hillary Clinton, and many political experts cited his crime as a factor in Clinton's loss to Donald Trump.

In a letter sent to parents, Lake Norman High School Principal Keith Gentle confirmed that Jonathan Busch resigned from his position as a social studies teacher due to the nature of his criminal charges.

Iredell-Statesville Schools Superintendent Brady Johnson told NBC Charlotte that none of Busch's crimes occurred on the high school's campus nor did they involve any current or former students at the school.

According to the school system, Busch worked at Lake Norman High School for almost 15 years as a social studies teacher.

Leonard said he never spoke with Busch and as a grandfather, he said the criminal charges concerned him.

"It's just a little disturbing that we learn more about this," Leonard said. "The advice I'd have to people is to pay attention and get involved and know what your kids are doing."

Busch bonded out of the Gaston County jail about two hours after he was booked and he's scheduled to appear in district court on Monday.