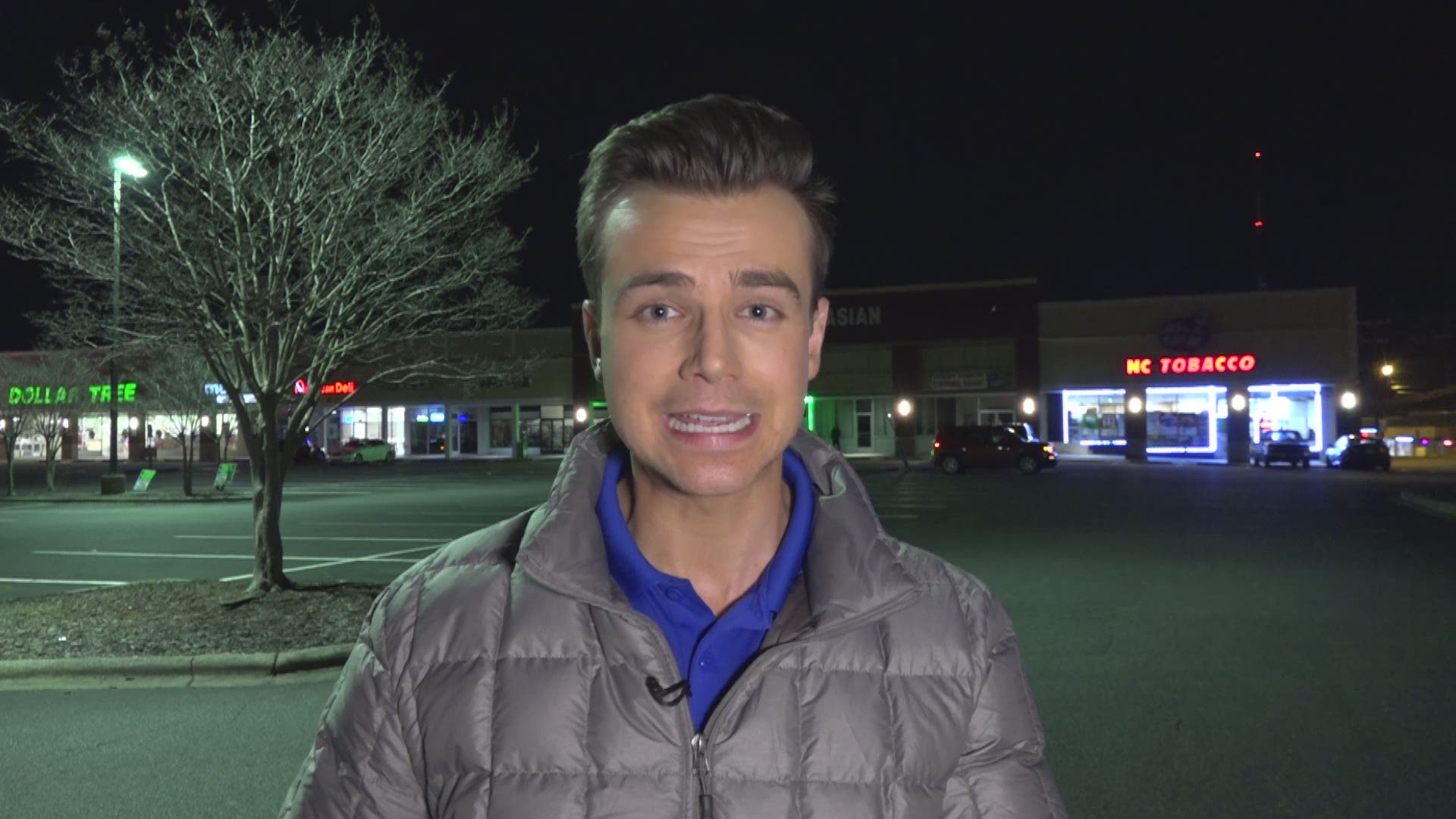 GREENSBORO, N.C. — The terrifying armed robbery lasted less than a minute -- ending when a customer pulled out their own gun and shot the suspect four to five times.

According to the Greensboro Police Department, 18-year-old Malik Harris tried to rob at gunpoint the convenience store NC Tobacco on the morning of Feb. 29.

WFMY News 2 spoke exclusively with one of the owners of the family-owned business located on Summit Avenue.

"There were three or four customers in the store. And the guy came in and put the gun on all the customers, made everyone come [behind the counter] at gunpoint," said Adil Khawaja.

While the store employees and customers were huddled behind the register, another unsuspecting person walked into the store.

"He grabbed her by the neck, brought her back [behind the counter] at gunpoint," Khawaja said.

The situation took an unexpected turn when one of the customers took advantage of the distraction, pulling out their own gun and firing shots at the suspect.

Bullets ended up shattering glass and piercing the store wall. The suspect was the only person struck.

The 18-year-old was taken to the hospital where he later died from his injuries, according to Greensboro Police.

"I wish it could have ended up differently," said Khawaja. "Personally, I don't want to see an 18 year old kid die. He didn't even start his life yet. That was just a very, very poor decision in a state like North Carolina, where everyone has guns."

Reidsville man wanted for killing his own brother