After a person's wallet was taken at gunpoint, the robbery victim pulled a concealed handgun and fired at two suspects, according to police. 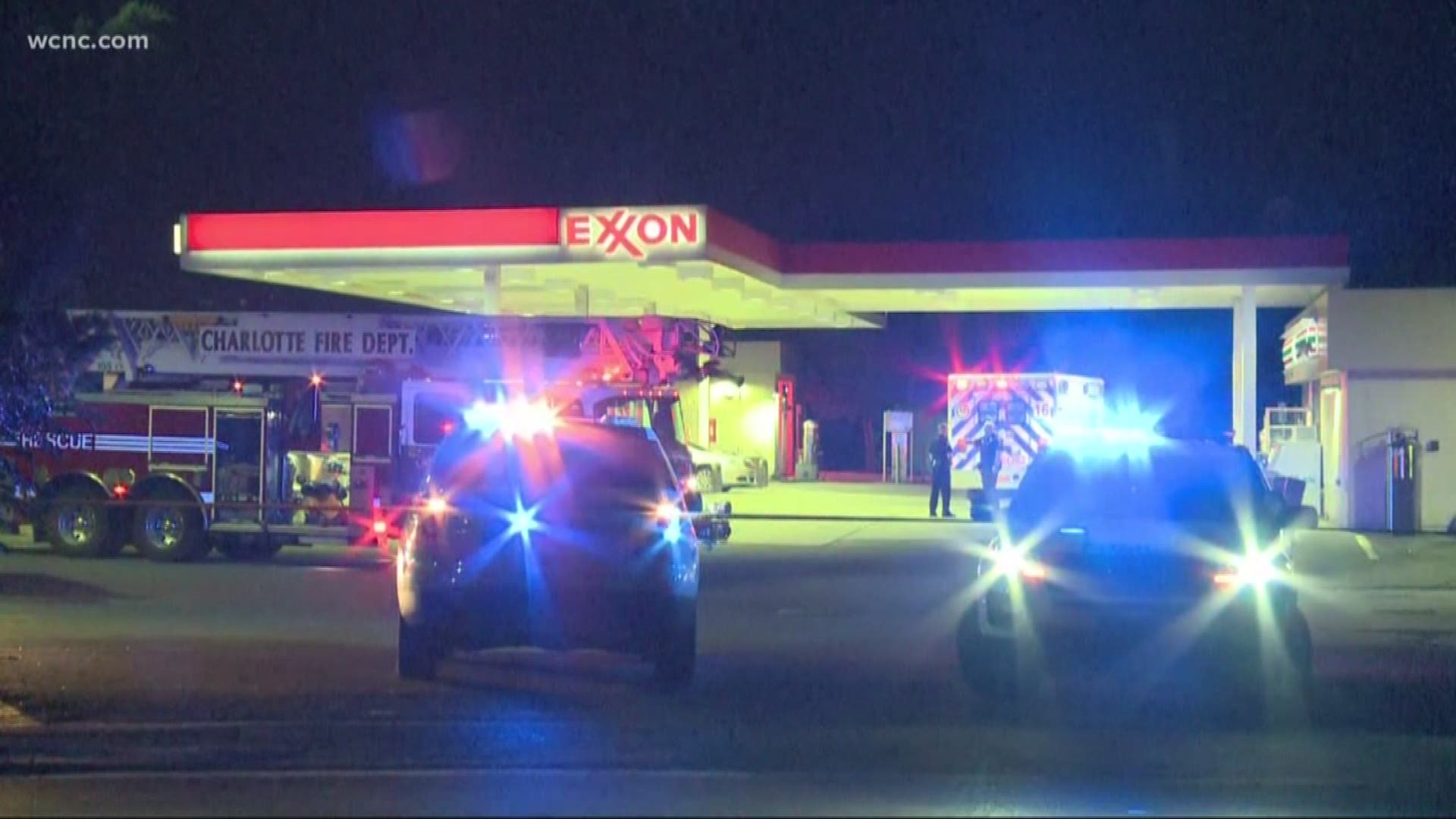 CHARLOTTE, N.C. — One armed robber is dead, and another injured, after they were shot by a man carrying a concealed weapon, according to Charlotte-Mecklenburg police.

The accused robbers were inside a 7-Eleven convince store location in northwest Charlotte when they approached a customer and stuck a gun "within inches of his face," Sgt. Brian Scharf of CMPD's Violent Crimes Division said. The man handed over his belongings.

As the suspects, identified as 16-year-old Qwanterrius Stafford and 17-year-old Brenna Harris, turned to rob the store clerk, the customer pulled out his concealed weapon and shot the suspects, according to investigators.

Stafford was taken to the hospital where he died of his injuries. Harris fled the scene but later arrived at a hospital, where he was treated for injuries and taken into custody.

When police arrived shortly after 4 a.m. at the store, located on Brookshire Boulveard near Lawton Road, they found two handguns. Police said one belonged to the customer and the other belonged to Stafford.

The customer, who had a legal permit to carry a concealed weapon, has not  been charged.