The teen previously bonded out of jail without electronic monitoring on the same day the police chief ended ankle monitoring for murder defendants. 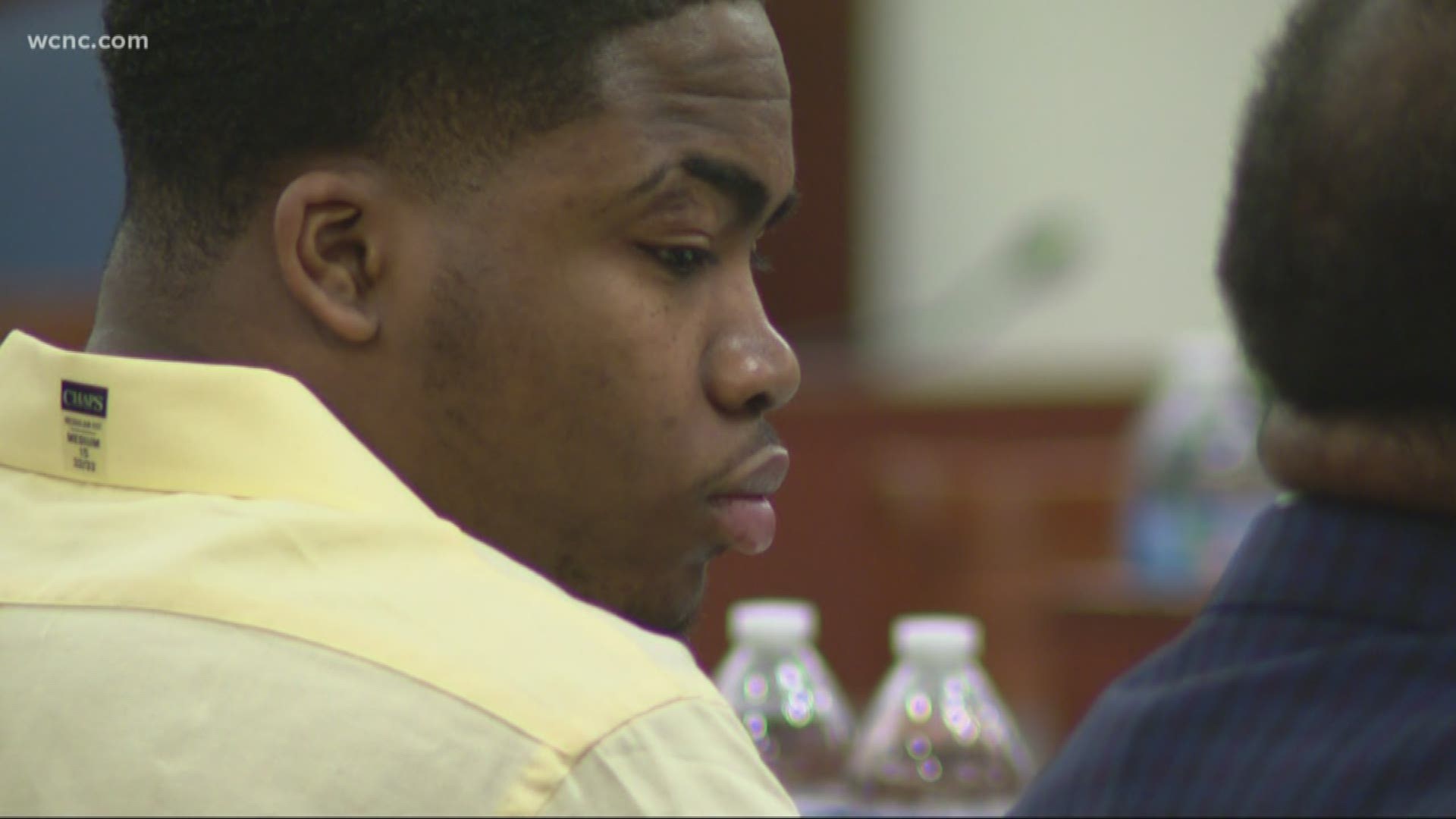 CHARLOTTE, N.C. — At a hearing Monday morning, Judge Robert Bell decided to allow Michael Sio-Somah to continue awaiting his murder trial on house arrest despite prosecutors' efforts to send him back to jail.

"I do have some concerns about the safety of the community and his flight, but I'm going to continue him on house arrest," Judge Bell said. "But I'm going to change the conditions."

At Monday's hearing, Judge Bell said while he does have concerns about public safety, he doesn't think the teen belongs in jail. In response to concerns from the victim's mother and prosecutors, the judge is now requiring an adult to remain with Sio-Somah at his house at all times, ordering the teen to turn over his passport and requiring him to agree to random warrantless searches and seizures.

The teen is charged with first-degree murder in connection to the shooting death of Calvin Haines at a graduation party this summer.

"My faith is not strong in the system," Haines' mother Kou Weasah said after the hearing. "It's like my son didn't matter."

Sio-Somah made $300,000 bond earlier this month on the same day the Charlotte-Mecklenburg Police Department ended electronic monitoring for murder defendants. Because of the timing, the teen was released from jail without his previously ordered ankle monitor. Prosecutors scrambled to try and keep him in jail, but their efforts were unsuccessful.

Prosecutors pushed to have his bond revoked Monday, citing a monitored jail call where he reportedly said he would flee if he was ever released. They believe he's a danger to the public, but a court assessment shows his risk of reoffending or running off is relatively low based on his age and clean criminal history.

Sio-Somah's attorney argued the teen will continue to show up to court. The defense said the teen, who also suffered gunshot wounds, acted in self-defense.

"(I'm) disappointed in the system, disappointed and we keep complaining the murder rate is going up," Weasah said. "He was in his mother's custody when he left out and killed my son. Calvin was the bravest person I know. He did not deserve to die."