Five separate videos showed female athletes changing and showering in locker rooms. The hidden camera was coming from a sink inside a locker room. 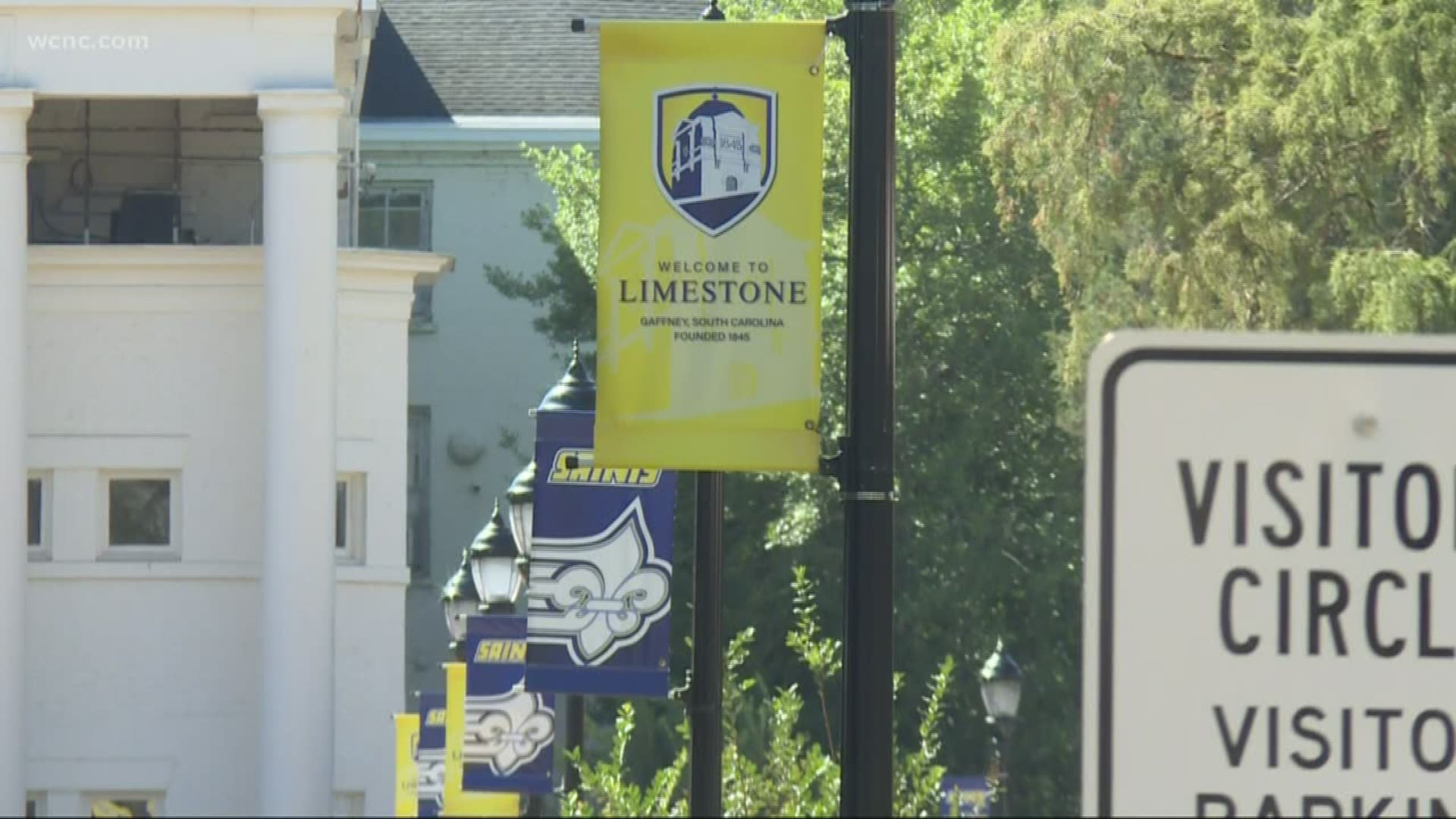 GAFFNEY, S.C. — Limestone College is dealing with a disturbing case in which former female athletes from visiting teams were secretly recorded in a locker room.

The female athletes were from visiting teams, according to Blanton. Police did not specify which teams.

Investigators said the hidden camera was on a sink and captured team after team.

"Another university was notified by a concerned parent and that's what kind of got the ball rolling so to speak and I think that university reached out to Limestone," Blanton told WYFF-TV.

NBC Charlotte reached out to Charlotte-area colleges whose women's teams frequently play at Limestone College and did so during the same time period the videos were taken.

A spokesperson for Queens University said, "We’ll let the legal process play out in this matter."

Neither of the schools knew about the investigation.

Limestone College did release a statement that said in part, "It is unfortunate that an individual or individuals might have violated the terms under which we are gathered as a community at this College."

Police said they do have a person of interest in mind and added that he or she was associated with Limestone College at the time the videos were taken.