A South Carolina woman was rescued after the chase ended in Beaumont Thursday. Police arrested Brandon Mohamed, 20, Friday after an overnight manhunt. 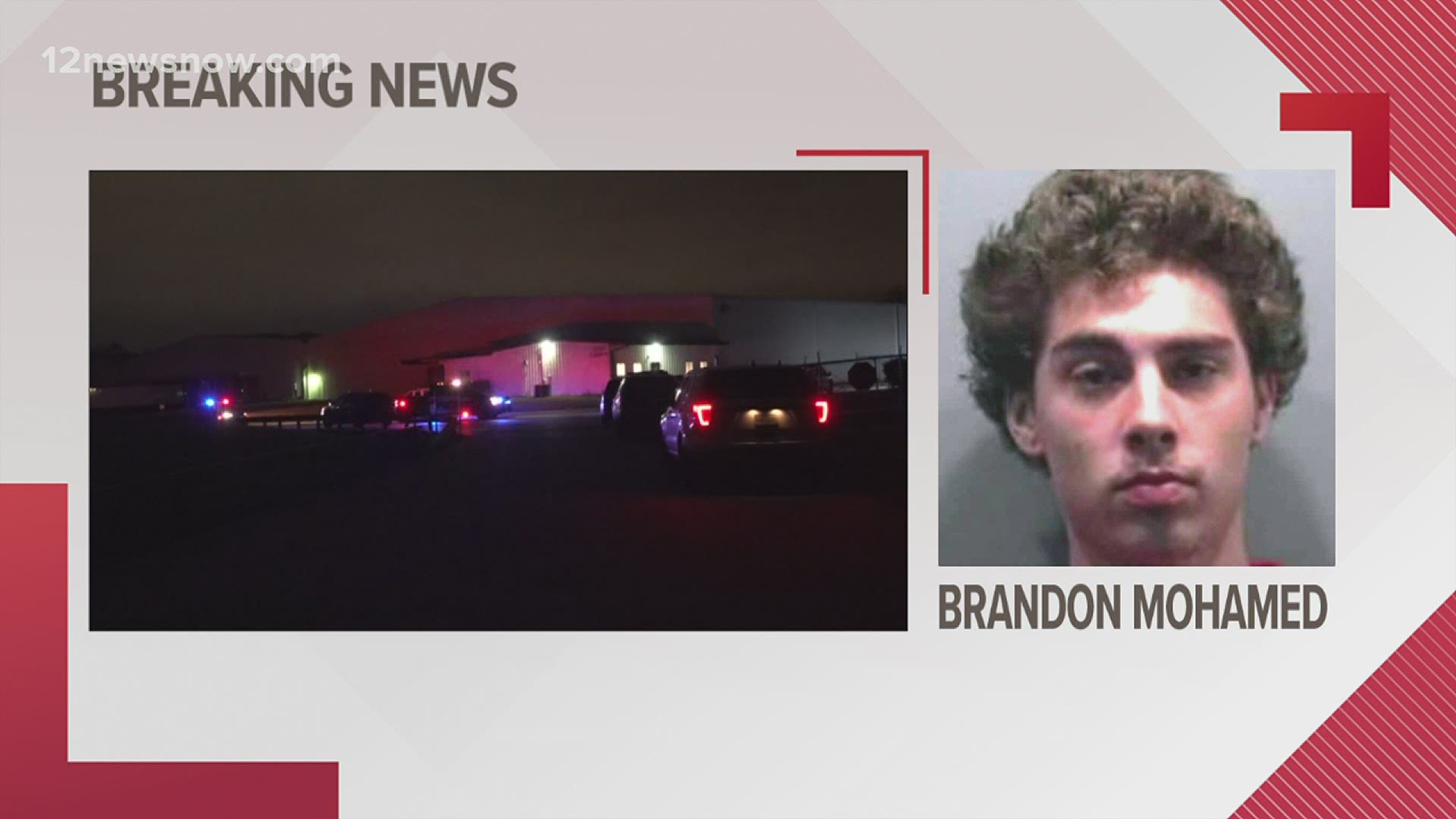 BEAUMONT, Texas — After an overnight manhunt, Jefferson County deputies and Beaumont Police officers arrested a man who allegedly kidnapped a South Carolina woman and led police on a high-speed chase Thursday afternoon from Liberty to Beaumont.

Brandon Mohamed, 20, was arrested near the intersection of Blossom Drive and Washington Boulevard in Beaumont at about 2:30 p.m. Friday, Feb. 19, Texas Department of Public Safety Sgt. Stephanie Davis said in a news release.

He was arrested not far from where a caller reported a suspicious person inside a car on Blossom Drive about 11:30 p.m. Thursday night.

On Friday, Texas DPS investigators said in a news release that Mohamed kidnapped the woman near her home in Rock Hill, South Carolina, late Sunday night or early Monday morning. Previously, Liberty Police had said they believed he met the woman online, and initially she left South Carolina with him voluntarily.

At some point along the way, Mohamed then allegedly assaulted her and refused to let her leave, keeping her captive as he drove from South Carolina through Georgia, Alabama, Florida, Mississippi, Louisiana and then into Southeast Texas, Liberty Police Lt. Chip Fairchild said.

"From what we have seen, we believe that she is strictly a victim that met somebody on a social media site and fell into the trap,” he said.

The high-speed chase began Thursday, Feb. 18 in Liberty when a caller reported seeing a truck parked at a Highway 90 gas station after seeing a post on social media about the truck being stolen, Lt. Fairchild said.

As Liberty Police officers and Texas Department of Public Safety troopers headed to the gas station, they spotted the truck on the road and attempted to pull it over, but the driver sped off.

Then Mohamed led them on a chase from Liberty into Beaumont along Highway 105, Fairchild said. Along the way, Sour Lake Police officers and DPS troopers and other law enforcement tried several times to spike the tires of the truck.

The chase ended Thursday around 2:30 p.m. near Highway 69 and Interstate 10. when Mohamed crashed the truck and then fled on foot, Texas DPS said.

Officers were then able to rescue the woman, who was treated on the scene by paramedics for minor injuries.

"A long day, disappointed that we didn't get our guy, but we know that we will, and so we go from there," Fairchild said after the chase ended Thursday night. "But the other thing is, we didn't get any officers hurt or vehicles tore up or anything."

Beaumont Police believe that some time after their search perimeter was broken down, Mohamed broke into a business along Cardinal Drive, Beaumont Police Officer Carol Riley said Friday morning.

Mohamed, who was driving a stolen truck, is wanted on three felony warrants, including aggravated assault for family violence, Riley said.

He was already wanted by the Rock Hill Police Department in South Carolina on a domestic violence charge and a kidnapping charge stemming from a separate incident on Feb. 8, Rock Hill Police Lt. Michael Chavis said.

Chavis could not say if the two kidnapping incidents were related.

Liberty Police said they plan to charge the suspect with kidnapping, unauthorized use of a motor vehicle and additional charges once he is in custody.

The Texas Rangers are handling the investigation since it is multi-jurisdictional, Fairchild said. The Jefferson County Sheriff's Office, Beaumont Police and Lumberton Police are also involved, Fairchild said.