Five Charlotte-area men arrested after riot at US Capitol

Police say they arrested at least seven people from North Carolina linked to "unrest" Wednesday. Five of the seven live in and around Charlotte. 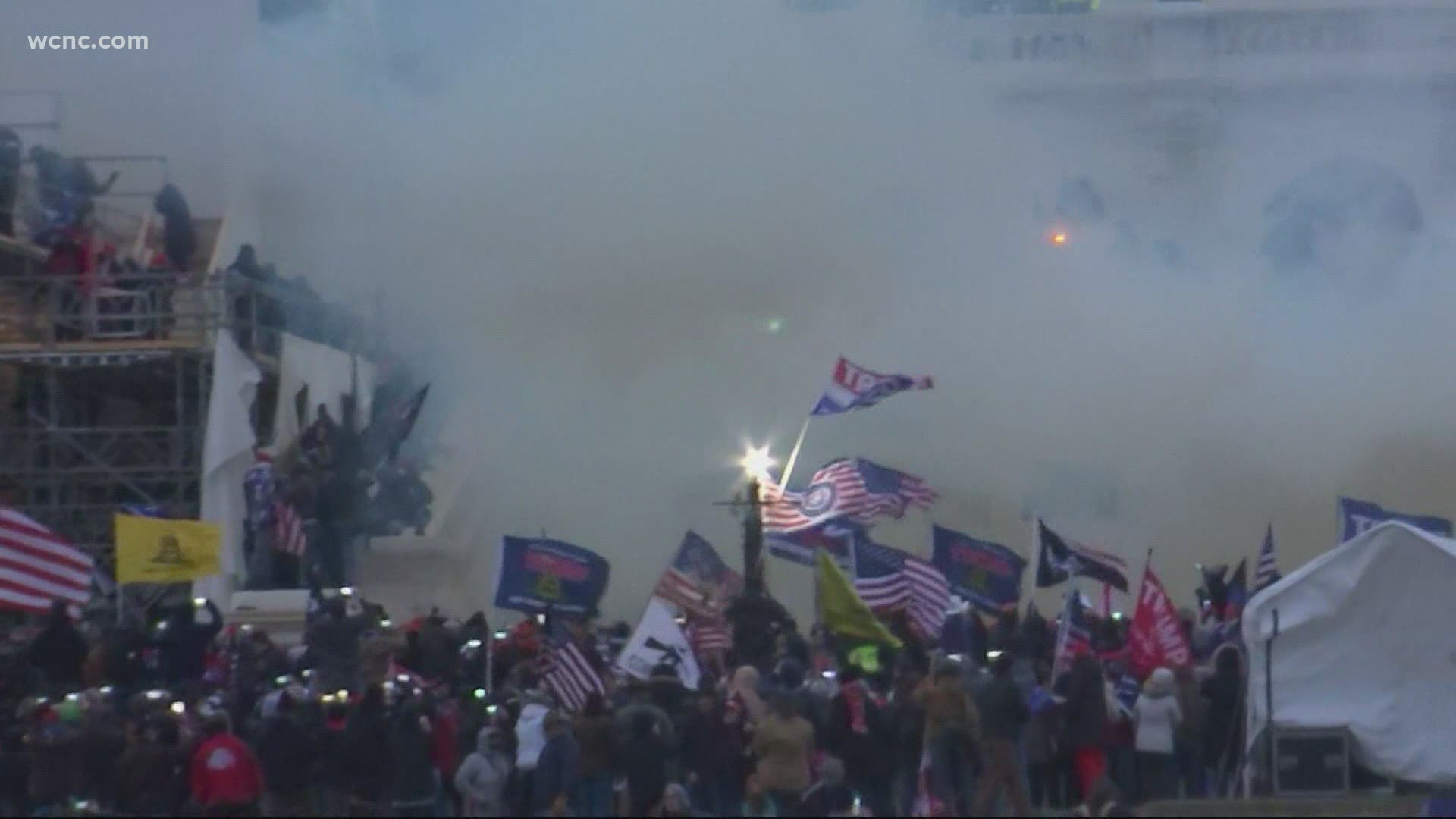 MATTHEWS, N.C. — At least seven of the more than 80 people arrested following the riot at the US Capitol in Washington are from North Carolina, including five from the Charlotte area.

One of them, a man from Matthews, North Carolina, is charged with unlawful entry.

The Washington, D.C. police department, along with Capitol Police, listed dozens of names related to Wednesday's insurrection at the U.S. Capitol.

RELATED: US Capitol Riot: What we know about the chaos in DC, aftermath

During Glosser's arraignment Thursday, a judge ordered him to stay away from the district until his court date later this year. He is now free to return to North Carolina.

Trump supporters stormed the U.S. Capitol grounds at around 2 p.m., breaking into the US Capitol Building around 2:45 p.m., making it as far as the House Chambers, where just minutes before, the U.S. Congress was beginning to certify the electoral college results.

A woman was shot and killed inside the building as rioters tried to break into the House Chamber. A US Capitol Police officer in plain clothes fired a shot, hitting the woman. Ashli Babbit, 35, was taken to a hospital where she was pronounced dead.

The other three deaths -- a woman and two men -- were medical emergencies not related to shootings, police said. No other information was given about their deaths.