Live updates in the immediate aftermath of a shooting on the campus of Butler High School in Matthews. 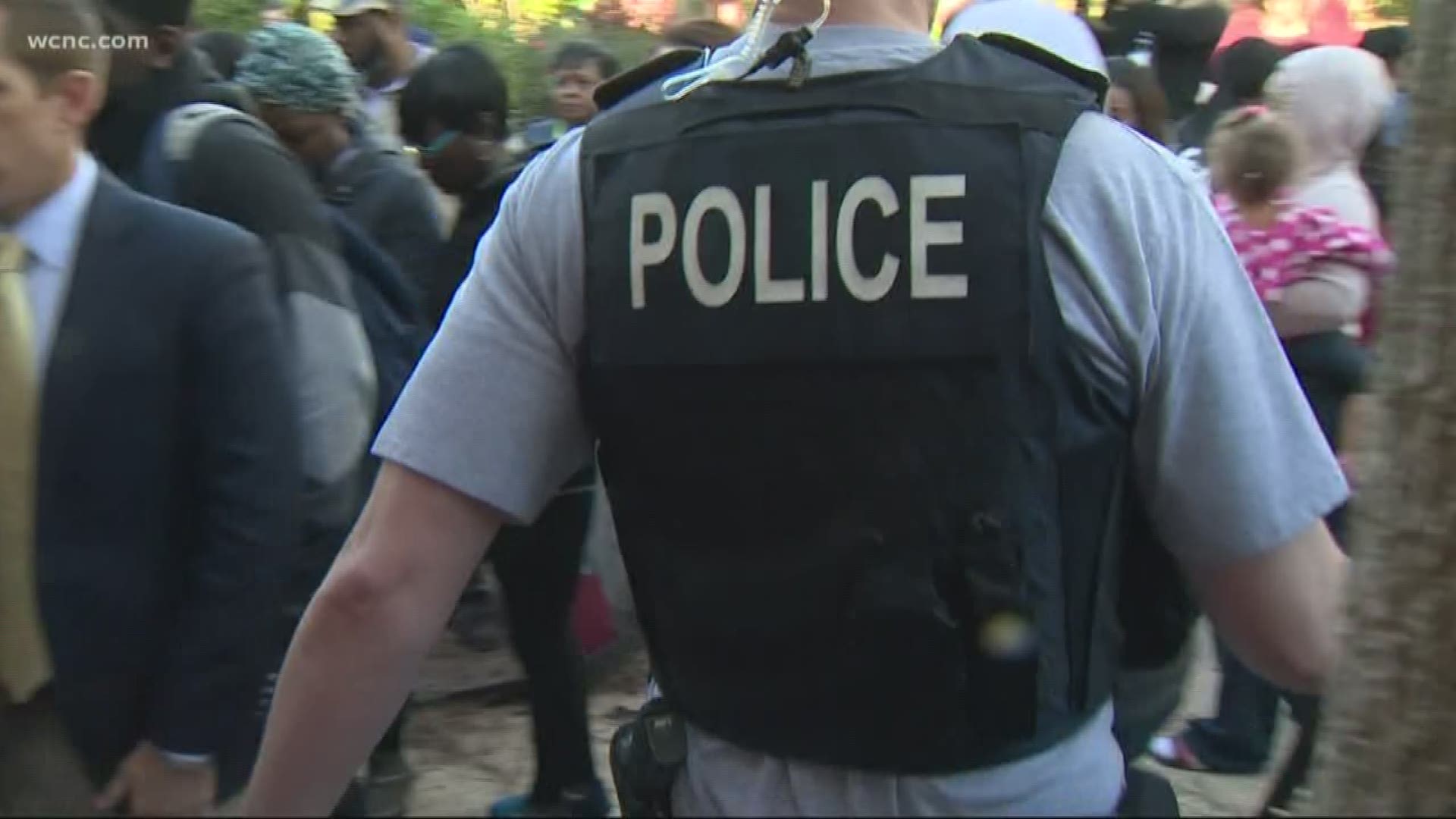 3:40 p.m. The incident at Butler High started as bullying that escalated out of control and a young person brought a gun to solve the problem, Dr. Clayton Wilcox

2:18 p.m. Students who remained at Butler High school dismissed for the day. There will be an all staff meeting at the school at 2:30 p.m.

10:35 a.m. At some point CMS will make a decision about what to do with students who remain on campus at Butler and what to do about school Tuesday, according to Dr. Clayton Wilcox.

There are some areas where security failed. Wilcox said they don't actively search every backpack. 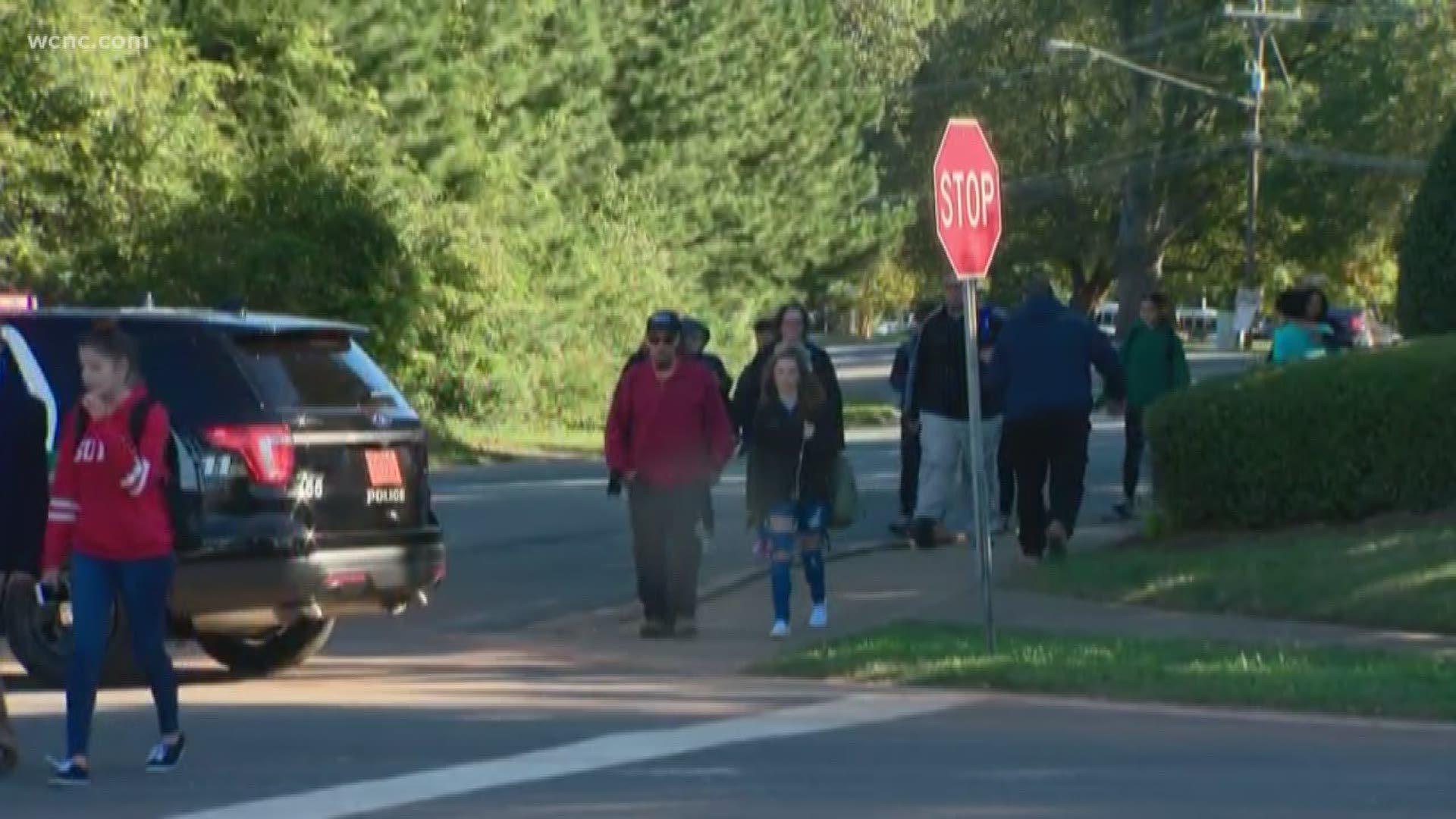 10:01 a.m. Students will be kept at the school until parents can pick them up. Staff will remain on campus through the end of the day. 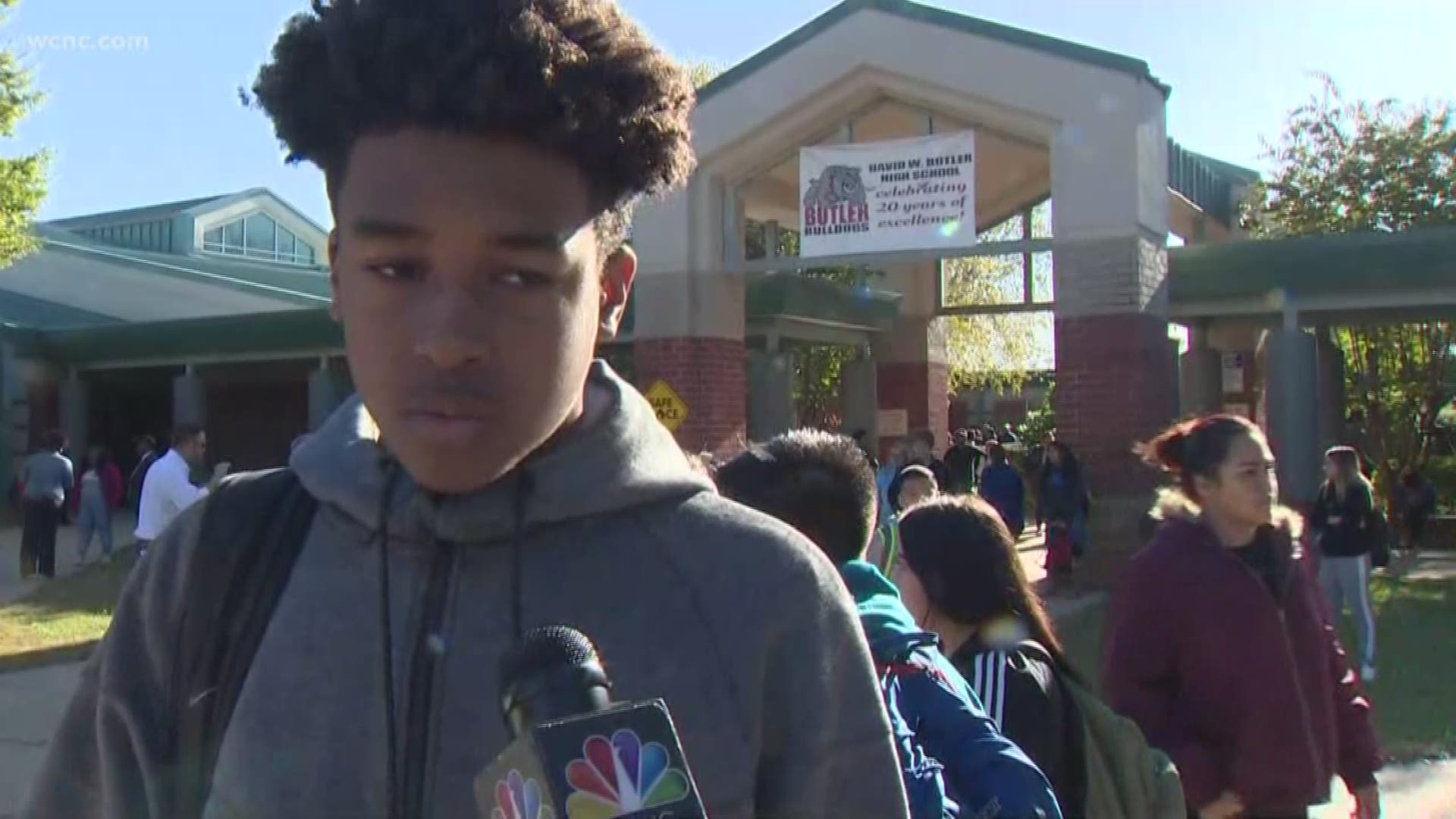 9:50 a.m. Parents are standing in a single file line outside the school receiving a green piece of paper to sign their child out.

Wilcox said there was a breakdown in communication with the parents. "I understand that parents were upset, but we tried to have an orderly dismissal process."

9:34 a.m. The victim in the school shooting is listed in critical condition at the hospital, according to Matthews Police

9:31 a.m. Some parents are able to get inside the school to sign a green piece of paper to sign their child out of the classroom.

9:27 a.m. Some students walk out of Butler High School in tears as they are reunited with their parents.

9:21 a.m. CMS confirms the lockdown has been lifted and parents can go to the school to pick up students.

9:20 a.m. A sea of parents continue to wait outside the school for their children to be released from school.

9:15 a.m. A group of students say they broke through the doors to get out of the school to hundreds of parents waiting outside.

8:50 a.m. Frustrated parents march toward the campus of Butler High School from Elevation Church. They cross Highway 74 at confront police barricades before marching onto the school's campus.

8:27 a.m. Parents arrive at Elevation Church in Matthews. Parents say they received a text message from CMS that says they can sign students out of class beginning at 8:50 a.m.

8:09 a.m. CMS tweets an alert in reference to the shooting

CMS ALERT: Butler High School is on lockdown after a student was shot on campus this morning. The single shooter has been apprehended and the weapon is in the possession of law enforcement.

7:54 a.m. Matthews Police confirm the victim in the shooting is a Butler High student. The suspect is identified as a student at the school also. Detectives have not named the suspect or updated the victim's condition.

7:44 a.m. Detectives say the shooter is in custody after the shooting. The shooter's weapon is in the possession of police and there is no immediate threat to Butler High School's campus. The scene is secure, according to police.

7:42 a.m. Matthews Police confirm one person was shot on the campus of Butler High School in Matthews. The victim was rushed to the hospital for treatment.

Shortly after 7 a.m. NBC Charlotte learns of an incident at Butler High School. Emergency crews are dispatched to the scene.