Anthony Sharper and Deana Sharper are facing multiple charges for allegedly stealing more than $200,000 from the South Mecklenburg booster club. 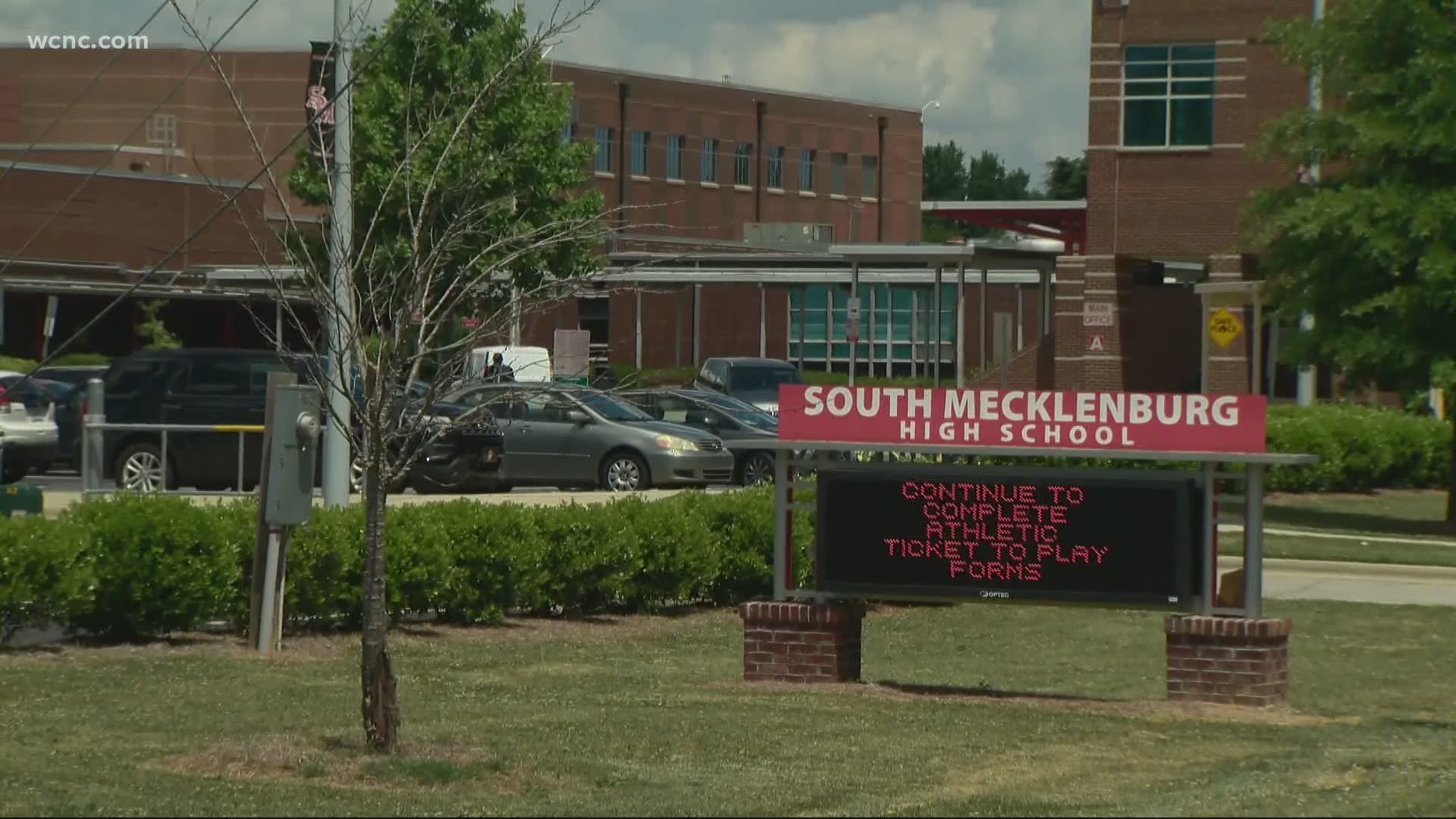 CHARLOTTE, N.C. — The president of a Charlotte high school booster club and his wife were indicted on federal charges for stealing more than $200,000 from the organization and fraudulently obtaining COVID-19 relief loans to cover up the crime, the United States Department of Justice announced Wednesday.

Anthony Sharper and his wife, Deana Sharper, are accused of scheming to defraud and embezzle at least $200,000 from the South Mecklenburg High Schol athletic booster club by writing checks to themselves for purported reimbursement, as well as wiring funds directly to their personal bank account and using the club's debit cards and credit card to pay for personal expenses. According to the indictment, the offenses occurred between 2017 and June 2020.

According to a federal indictment, the Sharpers wrote more than $100,000 in checks from the Booster Club Account to themselves, often with false notations for reimbursements. The indictment also alleges the couple used Booster Club debit cards to make purchases in North Carolina, Florida, Georgia, Louisiana, South Carolina, Virginia, and London, England.

The indictment alleges the couple spent tens of thousands of dollars on car payments, Hornets tickets, fine dining, travel, personal shopping in big-box retailers and clothing stores, and made $20,000 in cash and ATM withdrawals.

Anthony Sharper, a certified public accountant, is also accused of creating fake financial documents and submitting them to the Booster Club board members, claiming the account had more than $150,000 in it when it actually had $522.

“I’ve met with both of the Sharpers and they’re very nice people,” said Christopher Young, the attorney for Anthony Sharper whose offices are based in Washington, D.C. “Let’s let the legal process run its course. Let’s not totally place blame on people until we know what’s going on. We only have half the story right now.”

The federal government has been pursuing more causes of PPP fraud recently, according to Young. He said the allegations in the indictment are typical of the sorts of cases that are a high priority for federal investigators.

After receiving the funds, Sharper is accused of using the money to pay for personal expenses and cover up the couple's theft from the booster club. Both Anthony Sharper and his wife, Deana Sharper, are charged with wire fraud, which carries a maximum sentence of 20 years and a $250,000 fine.

RELATED: He lost $7,000 in a phone scam, and it could have been stopped before it went too far

In a response to the allegations, the South Meck Sports Boosters release this statement to WCNC Charlotte:

Following the resignation of both Anthony and Deana Sharper from the Booster's Board last year, irregular transactions were identified and brought to the attention of our bank representative. Subsequently, the organization was contacted by law enforcement and cooperated fully with their investigation.

This has had a detrimental impact on our student-athletes. For this reason, South Meck Sports Boosters is grateful for the thorough investigation completed by law enforcement.