After further investigation, police determined there was a party being held at a location inside a business park at the time of the shooting. 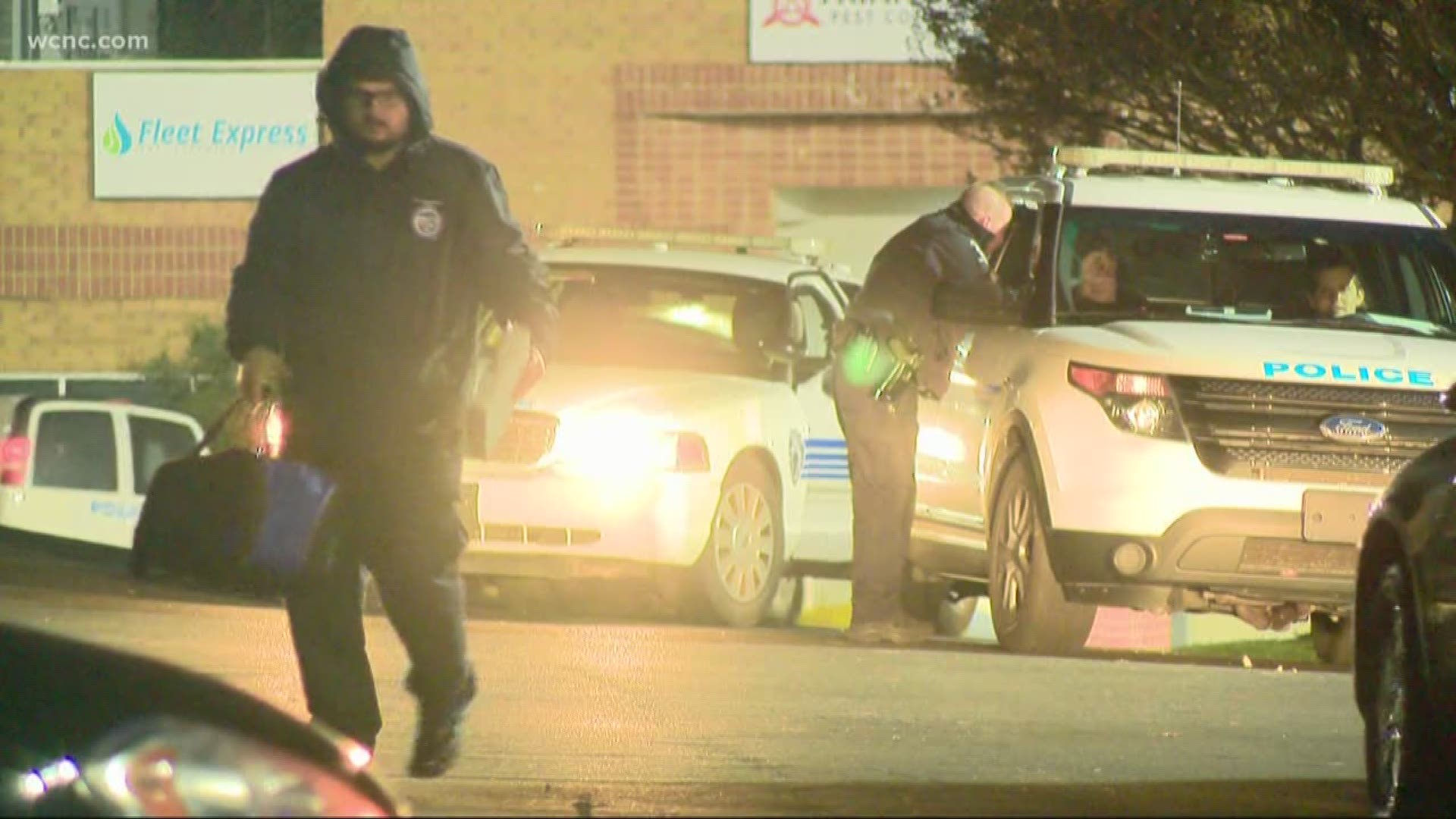 The homicide investigation is underway in the 5100 block of Reagan Drive, which is located off of West Sugar Creek Road near Interstate 85.

Police received a call for communicating threats in the area. Officers were nearby when they heard shots being fired and immediately responded.

When officers arrived to the location they found women with an apparent gunshot wound. Medic arrived and pronounced her dead on the scene.

The victim was identified as 27-year-old Ebony Harrison. Her family has been notified of her death.

Medic told WCNC NBC Charlotte that they did not make any other medical transports from the scene.

After further investigation, police determined there was a party being held at a location inside a business park at the time of the shooting.

Sunday afternoon, CMPD announced they had charged Corey Lamar Vega, 23, with Harrison's murder. Police said he was detained on scene by responding officers, transported to the police department and interviewed.

After interviewing Vega and other witnesses as well as collecting physical evidence, CMPD said detectives had probable cause to charge Vega. He was transported to the Mecklenburg County Sheriff's Department and charged with murder and possession of a firearm by a convicted felon.

ABC and ALE officers responded to the scene as well to assist Homicide Unit with their investigation. Homicide detectives are speaking with multiple individuals who were at the scene.

Earlier Friday, CMPD conducted an investigation in east Charlotte after someone was shot at an apartment complex along Eastcrest Drive. The victim was transported by Medic to Atrium Health's Carolinas Medical Center in Charlotte for treatment of life-threatening injuries.

No arrests were immediately made following the Eastcrest Drive shooting.

CMPD have not said whether the crimes are connected.

The number of homicides in Charlotte in 2019 is nearing 100. According to the CMPD's latest crime rates, Charlotte sees a homicide every 3.3 days.

Anyone with information about these or other cases, is asked to call 704-432-TIPS.