A Charlotte woman says a man inappropriately touched her under skirt at an area bar. It took her months, but she decided to report the crime this week. 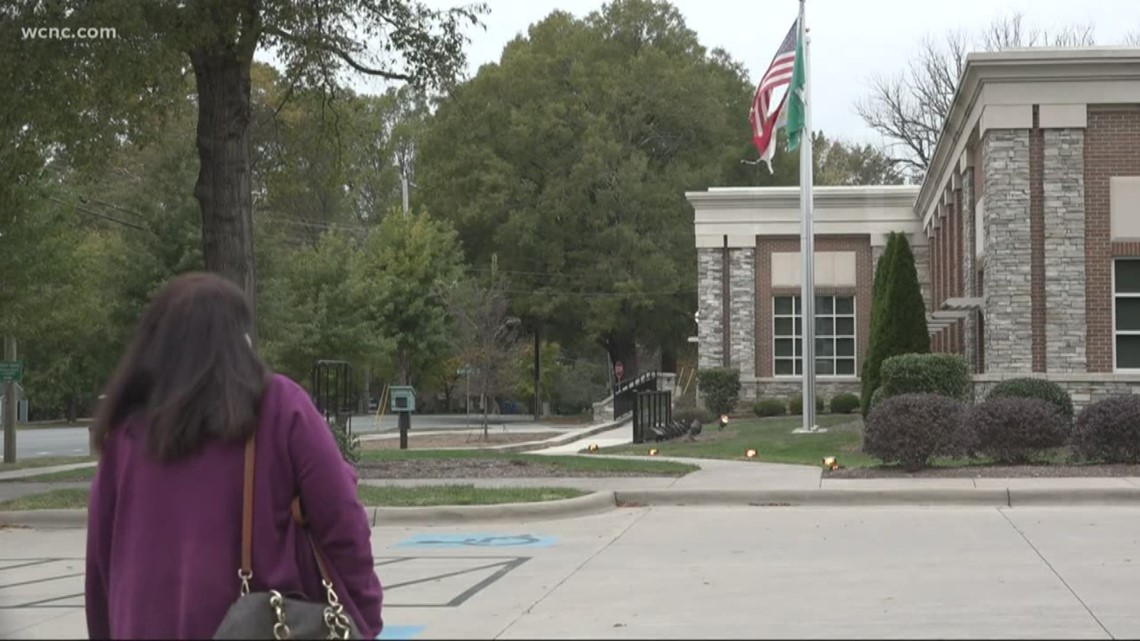 CHARLOTTE, N.C. — A woman celebrated for her bravery after a recent sexual assault at a Charlotte bar did something this week most victims never do. She reported the crime to police and even more rare, let us be there to document it.

The Rape, Abuse & Incest National Network estimates three out of every four sex assaults go unreported, meaning most women bury their pain and never step foot inside a police department. After weeks of guilt and shame, Brummert faced her fear Thursday.

"I feel like it's something that I can't keep in my head anymore," Brummert said.

Before walking into the Charlotte-Mecklenburg Police Department alone Thursday morning, Brummert broke down in her car.

"I've been crying," she said. "I've been suffering flashbacks."

Her painful journey started months ago on the night of August 21 at Mooney's Lounge on N. Graham Street, according to a police report.

Brummert previously told us a stranger inappropriately touched her underneath her skirt that night. She said she froze at the unwanted touch.

"I was violated," she said. "It was dehumanizing."

It wasn't easy, but despite the urge to turn back as she walked toward CMPD, she moved forward.

"I'm terrified and I wish that I didn't have to do this," she said.

Inside, she waited for an hour, but when an officer finally called her back to a conference room behind closed doors, he gave her all the time and support she needed. She recorded the conversation on her phone.

"It's okay. Obviously, you've been thinking about this for a while," the officer said. "What can I do for you?...You can tell me as little or as much as you're comfortable...This is a difficult situation and you're being very brave...You shouldn't beat yourself up over this. You didn't do anything wrong."

After an hour-and-a-half inside, Brummert walked out.

"I almost walked out a few times and I had more than a few meltdowns," she said.

She knows the chances of police catching the culprit aren't great. Even so, she's thankful she reported the crime.

"I feel relieved. I still feel nervous," she said. "That was probably one of the most difficult things I've done. (The officer) was very compassionate. I'm glad I did it. I feel like I'm on the road to healing now that I was able to file a report."

Even though she reported the crime, she knows every victim is different. She has a message to other survivors.

"Do what's best for you and do it in your own time," she said.

Brummert previously told us she was raped when she was 21 by a police officer in another city.

CMPD records from 2017 and 2018 show sex assault are reported more than twice a day in Charlotte.