Teen says he's the victim of a sextortion scam

Detective Sergeant Dan Renn said people tend to panic in these kinds of situations, and scammers know it. 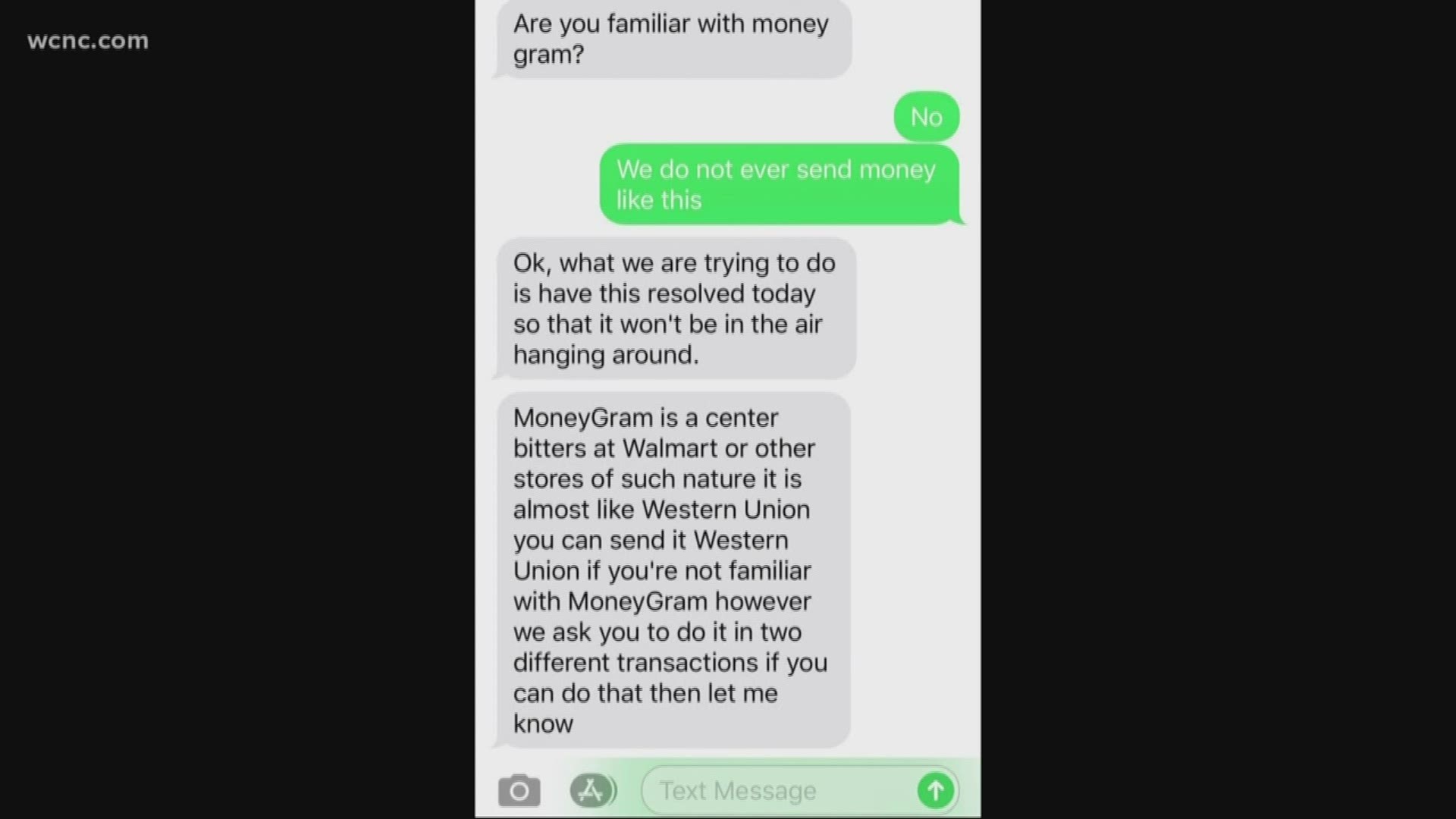 LINCOLN COUNTY, N.C. — The Lincoln County Sheriff's Office is warning about a new twist on a sextortion scam after a college student became a victim while looking for love online.

According to police, a teenage college student met someone on a dating app and started chatting with her. Detectives say the teen received a naked picture. A short time later, he got a phone call from a man claiming to be the girl's father, saying the girl was underage and threatened to press charges and sue.

Detective Sergeant Dan Renn said people tend to panic in these kinds of situations, and scammers know it.

"They're using the fact that you're potentially labeled as a predator," Renn said. "They're preying on that because nobody wants to be labeled as that so the first thing they want to do is get rid of it."

According to Renn, the so-called father started communicating with the college student's family and eventually asked for money.

NBC Charlotte received copies of the text messages. The person wrote, "Ok, what we are trying to do is have this resolved today so that it won't be in the air hanging around. MoneyGram is a center bitters [sic] at Walmart or other stores of such nature... if you're not familiar with MoneyGram however we ask you to do it in two different transactions."

The family of the college student asked the person if they could sit down and discuss the situation face to face; the person sending the text messages refused.

Detectives said the family also received voicemails from someone claiming to be a police officer, saying the case could go away if the families came to a financial agreement. Renn said the name and badge number were not legitimate.

"We're never gonna ask you to pay money, or we're gonna charge you. If it's a crime, it's a crime," Renn said.

The family grew suspicious and eventually called the police.

NBC Charlotte investigated and found reports of similar cases in Charlotte and Matthews.

Renn said most of the scammers call from Voice Over IP phone numbers, which makes it very difficult for detectives to track.

In this case, the college student never actually met the person he was communicating with on the dating app. Renn said apps are easy hunting ground for scammers.

"Try to get to know these people in real life rather than completely online," Renn said.