When a police officer responded to a reported shooting on Tyvola Road, the fleeing suspect tried to run him over, according to CMPD. 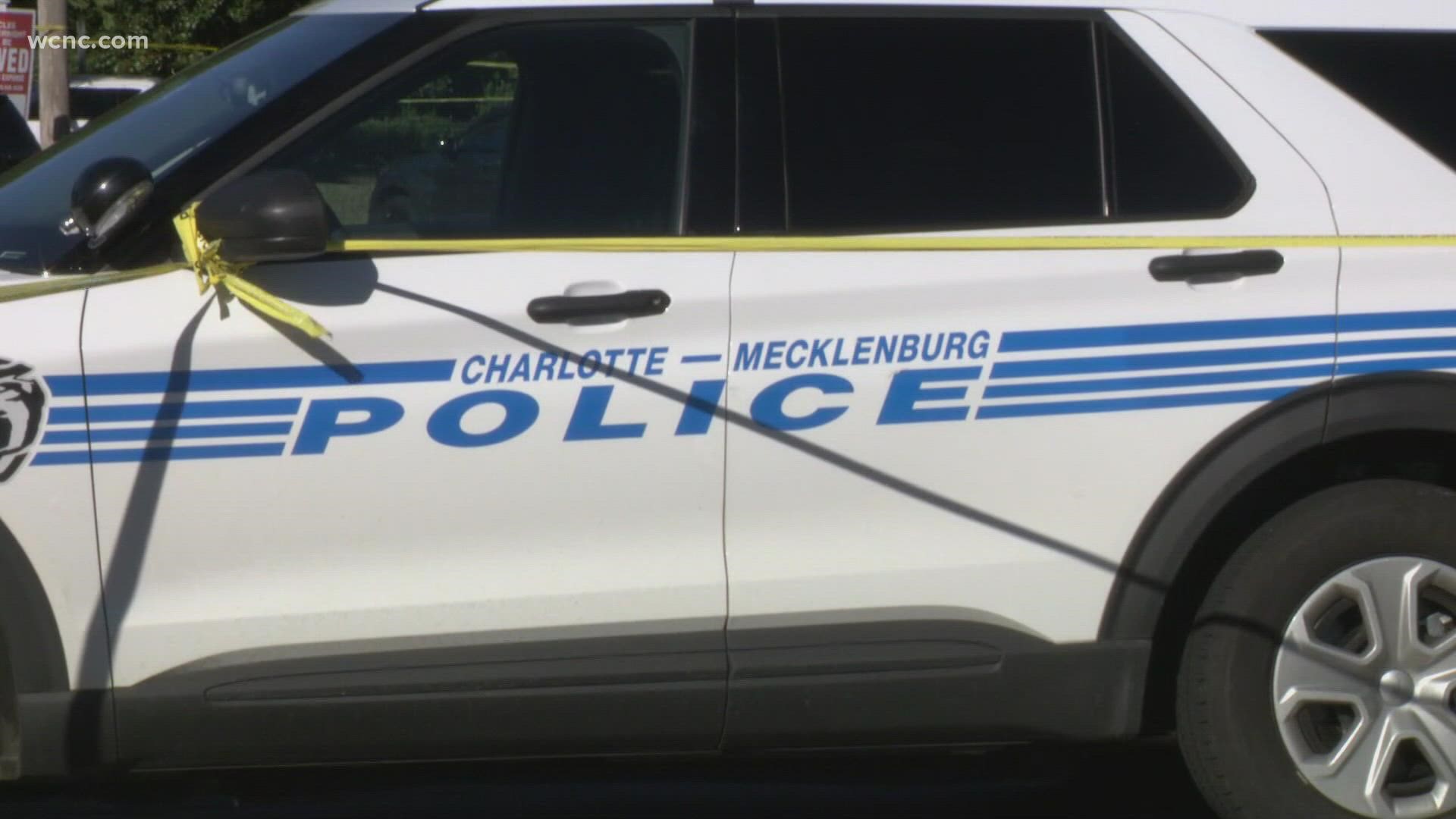 CHARLOTTE, N.C. — A woman is accused of firing shots inside a south Charlotte store before trying to run over a responding Charlotte-Mecklenburg police officer is facing multiple charges, including attempted murder, police confirmed.

CMPD announced Friday it has obtained multiple warrants against 23-year-old Raynique Austin in connection with the incident. Austin, who is currently in the hospital after being shot by a CMPD officer, will be charged with attempted murder, five counts of hit and run, fleeing to elude arrest and damage to property.

Shortly after 4 p.m. Thursday, CMPD officers responded to a beauty supply store in the 1200 block of Tyvola Road for a report of a woman who was firing a gun at the store owner in the parking lot.

One of the first officers to respond to the shooting was an officer riding a motorbike. That officer can be heard on recorded police radio communications saying the suspect, identified as Austin, had tried to run him over with her car.

"Shots fired! Shots fired!" the unidentified officer said over the police radio a moment later. "My bike's run over."

Jennings confirmed that account during a news briefing later Thursday. CMPD said the officer perceived a lethal threat and fired his weapon at that time.

"Unfortunately, the officer was left with no choice other than to use deadly force," Chief Jennings said.

Other officers followed Austin. She was taken into custody about 15 minutes later along Cedar Creek Lane, a neighborhood off of Johnston Road just north of Pineville-Matthews Road (NC-51). 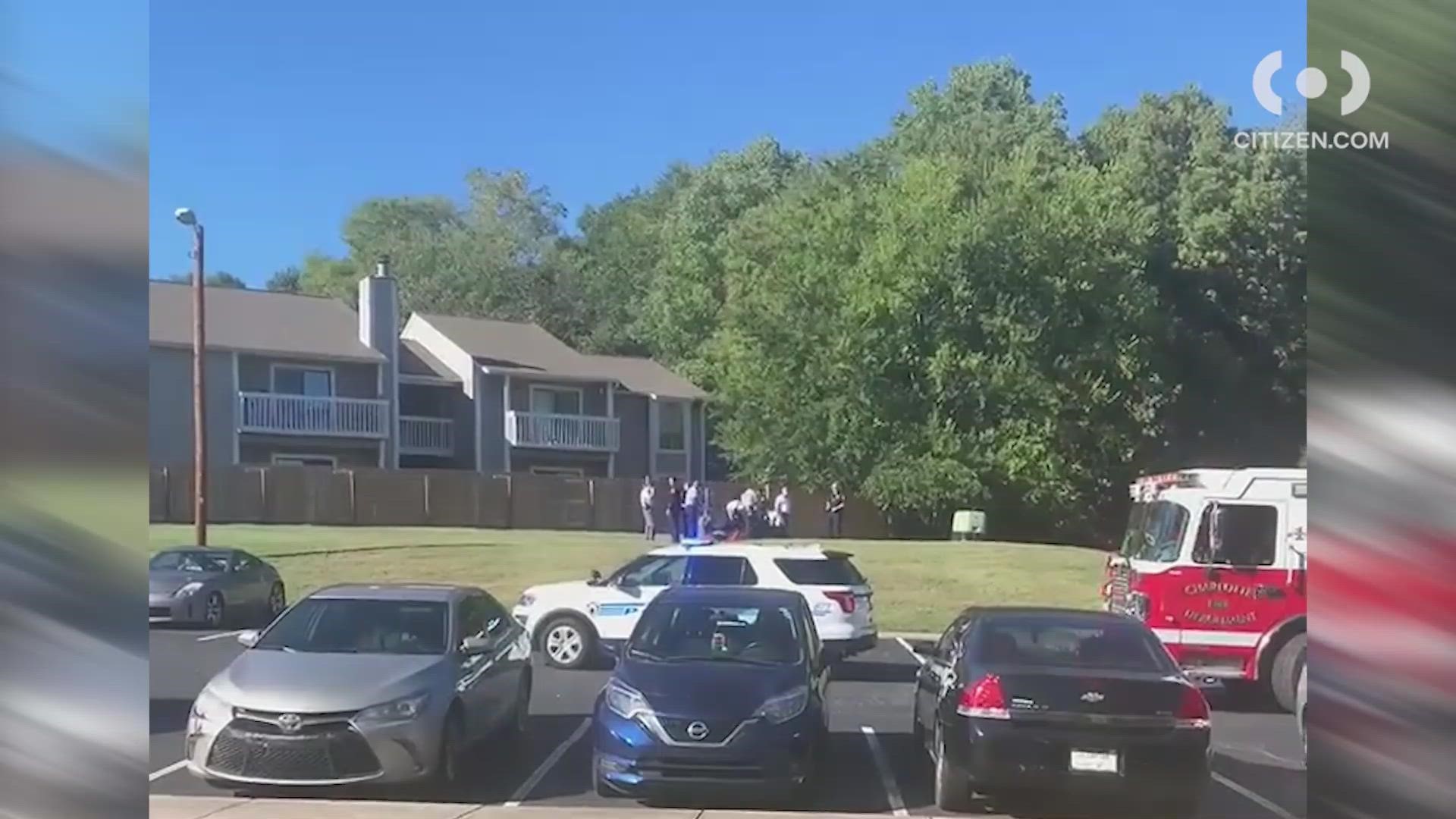 When officers took Austin into custody, they realized she had been shot multiple times. She was taken to a hospital by Medic and is now in stable condition. A firearm was found in her vehicle at the scene.

Jennings said none of his officers were physically injured.

A preschool next door to the shopping center went on lockdown as officers escorted several parents, including WCNC employee Alexandria Sniezek, to pick up their children.

Sniezek said she got a message from the preschool saying they were going on lockdown until further notice.

"[I'm] grateful for the communication," Sniezek said. "I'm glad that no one was harmed and that they kept our kids safe."

As is typical after a shooting involving a police officer, the North Carolina State Bureau of Investigation (SBI) will review the officer's use of their firearm. CMPD will also conduct a separate internal investigation.

Tyvola Road near South Blvd. was closed as police investigated the incident.

ALSO ON WCNC CHARLOTTE: 'Obviously, some changes have to be made' | CMPD vows to address Panthers staffing concerns