Zheng Zheng Wiley said her real estate sign has been vandalized in the past, but nothing as hateful as the latest incident. 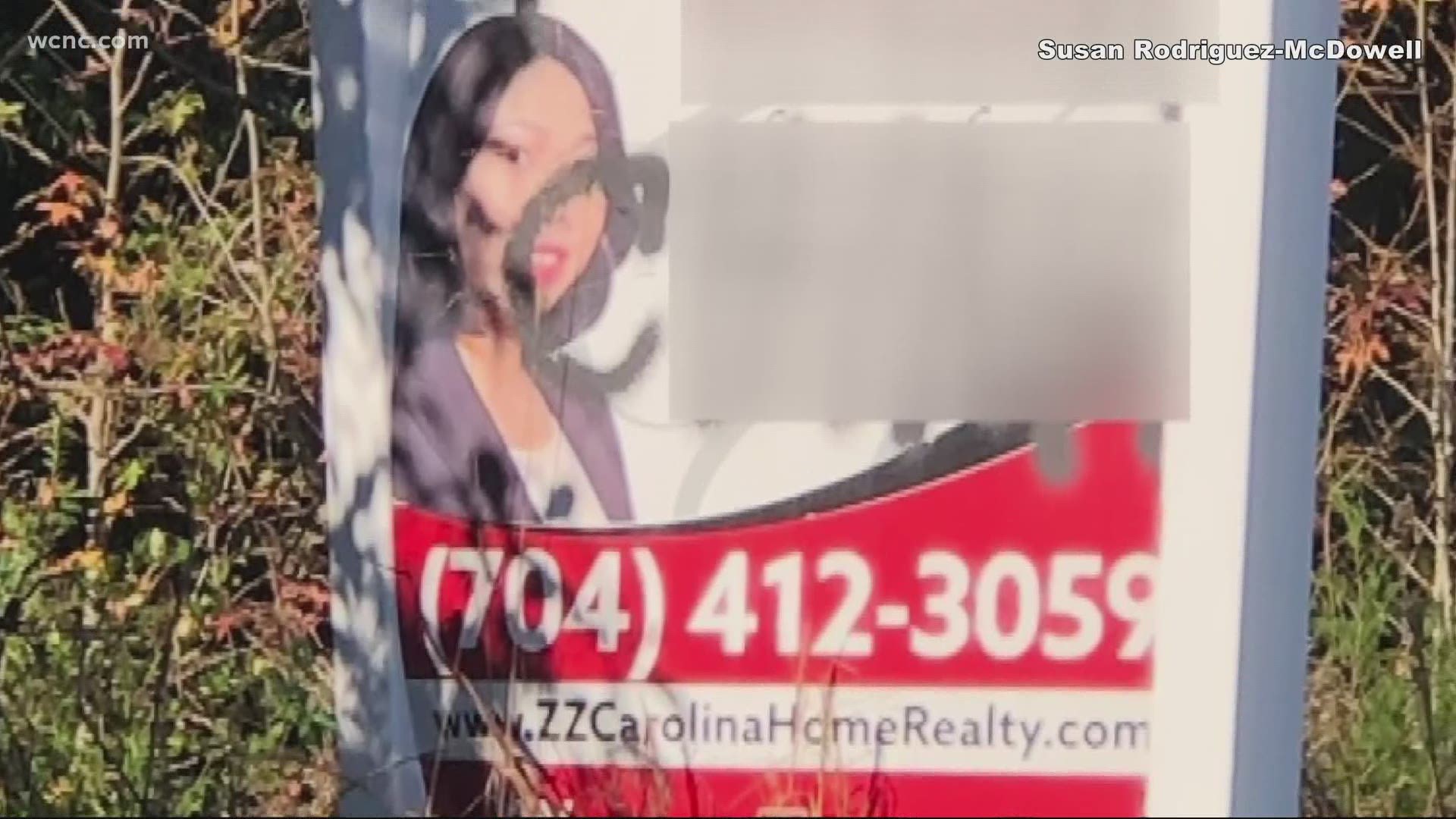 MECKLENBURG COUNTY, N.C. — A WCNC Charlotte has an exclusive interview with a local real estate agent targeted by what’s being called ‘hate graffiti’.

Over the weekend, Zheng Zheng Wiley's business sign was spray-painted with an ethnic slur aimed at someone of Chinese descent.  She believes she may have been targeted because of COVID 19.

Wiley said her real estate sign has been vandalized in the past, but nothing as hateful as the latest incident.  Now, a county commissioner is urging people to stand up against it.

“I got a call from a police officer,” said Wiley.

Wiley said police called her after a community member called them to report the vandalism to her real estate sign.  It was spray-painted with an ethnic slur targeting someone of Chinese descent.

“I had like a very sick feeling inside, like my inner voice told me ‘Oh my gosh’, I need to go take it down,” said Wiley.

This is a photo of the real estate agent’s sign defaced with the ethnic slur, after we blurred some of it. Zheng Zheng Wiley said “I wouldn’t doubt this might be related to #COVID19 “ @wcnc pic.twitter.com/VLT5pGrKqV

It happened on Lancaster Highway just outside of Pineville. Mecklenburg County Commissioner Susan Rodriguez- McDowell represents the district and contacted WCNC Charlotte about the incident.

“This is racist hate graffiti,” said Commissioner Rodriguez-McDowell. “This is the kind of thing we need to all need to stand up to.”

Earlier in the pandemic, unfounded fears impacted business for local Chinese restaurants and led to other forms of discrimination around the country.

“Oftentimes because of ignorance, right? We don't know the whole story and we just take a piece,” said Helen Ying, executive director of the Chinese American Citizens Alliance.

On Sunday, President Trump tweeted about the virus calling it the “China plague”, which is a reference he’s made several times in the past.

“The tone that comes from the top is setting the table for this kind of action,” said Commissioner Rodriguez McDowell.

“I wouldn't doubt this might be related to COVID 19,” said Wiley.

“I ask you to go out and support an immigrant restaurant, and let them know we are not a racist community,” said Commissioner Rodriguez-McDowell.

Once the word spread on Facebook, hundreds of people rallied behind Wiley; some even sent her money for her sign.

Now, Wiley is sharing her own powerful message during the pandemic.

“This pandemic should pull us together instead of pulling us apart,” she said.

Wiley said she was able to get her sign cleaned up and said she plans to donate the money she was given to charity.  She said she didn’t file a police report after an officer told her it would be hard to make an arrest without video surveillance or an image of the suspect.