The woman told NBC Charlotte the suspect stole her keys while she was inside the spa. She then found him in her car, and when she confronted him, he punched her in the face. 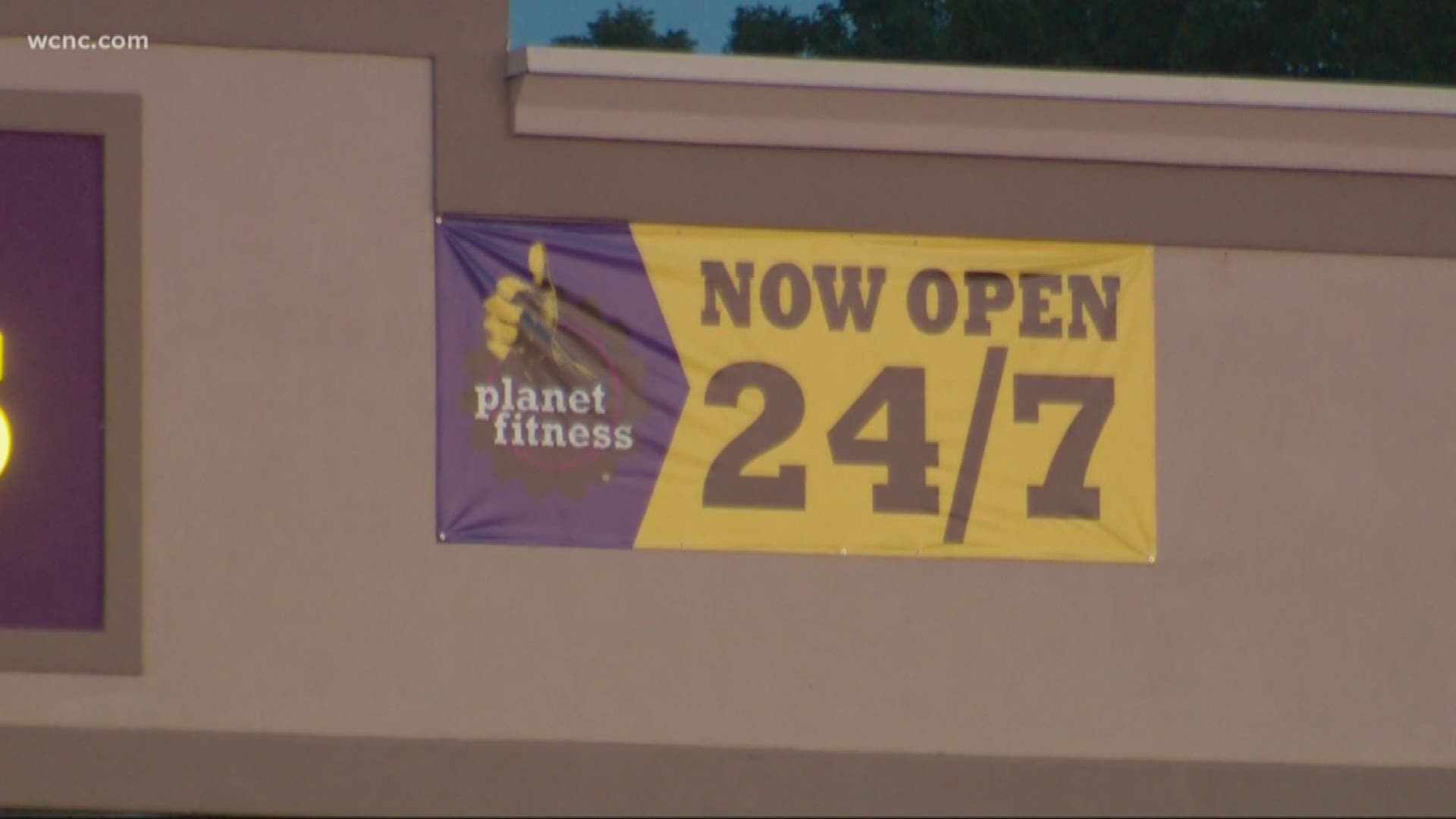 CHARLOTTE, N.C. -- There have been a pair of violent crimes at a popular gym.

This week, police say a 25-year-old woman was robbed and assaulted outside the Planet Fitness on Central Avenue just before 10 p.m. Tuesday.

The woman, 25-year-old Olivia Garrison, told NBC Charlotte the suspect stole her keys while she was inside the spa. She then found him in her car, and when she confronted him, he punched her in the face.

Just weeks ago, another young woman was attacked outside the Planet Fitness in Belmont. In that case, a man is accused of strangling the 20-year-old woman so hard that she nearly died.

The suspect also ran over the 20-year-old woman over while taking off with her car, according to investigators. Kevin Ryerson faces multiple charges in connection with the crime, including carjacking and attempted first-degree murder.

In Tuesday's incident, it was supposed to be a time to unplug for Garrison. However, she told NBC Charlotte she was targeted by a crime when she was in the spa; a restricted area that requires a special membership.

“I was laying in the bed and I had headphones in, “ Garrison said. “I realized when I got up, my keys had been taken off the ledge.”

After scrambling around the gym and notifying staff, she said she found the suspect inside her car in the parking lot.

“I went up to see who it was or stop him, there was an exchange of physical contact,” Garrison said. “I got hit across the face, I dropped my phone, smashed the screen.”

“In hindsight, it was very dangerous,” Garrison said. “I’m definitely not going back to that gym or probably any Planet Fitness location.”

A spokesperson for Planet Fitness sent NBC Charlotte the following statement in response to the safety concerns:

“The Planet Fitness franchise group is working closely with the local authorities in their investigation of the incident that took place in the club’s parking lot. We take this matter very seriously, and the safety and security of our members and employees is our top priority. For additional information, we direct you to the local authorities.”

Garrison suffered minor injuries during the robbery. Police have not made any arrests at this point.