For 18 years, Amanda has lived and been harassed in the home where Jon Siesling brutally murdered his mother and two sisters. She decided to do something about it. 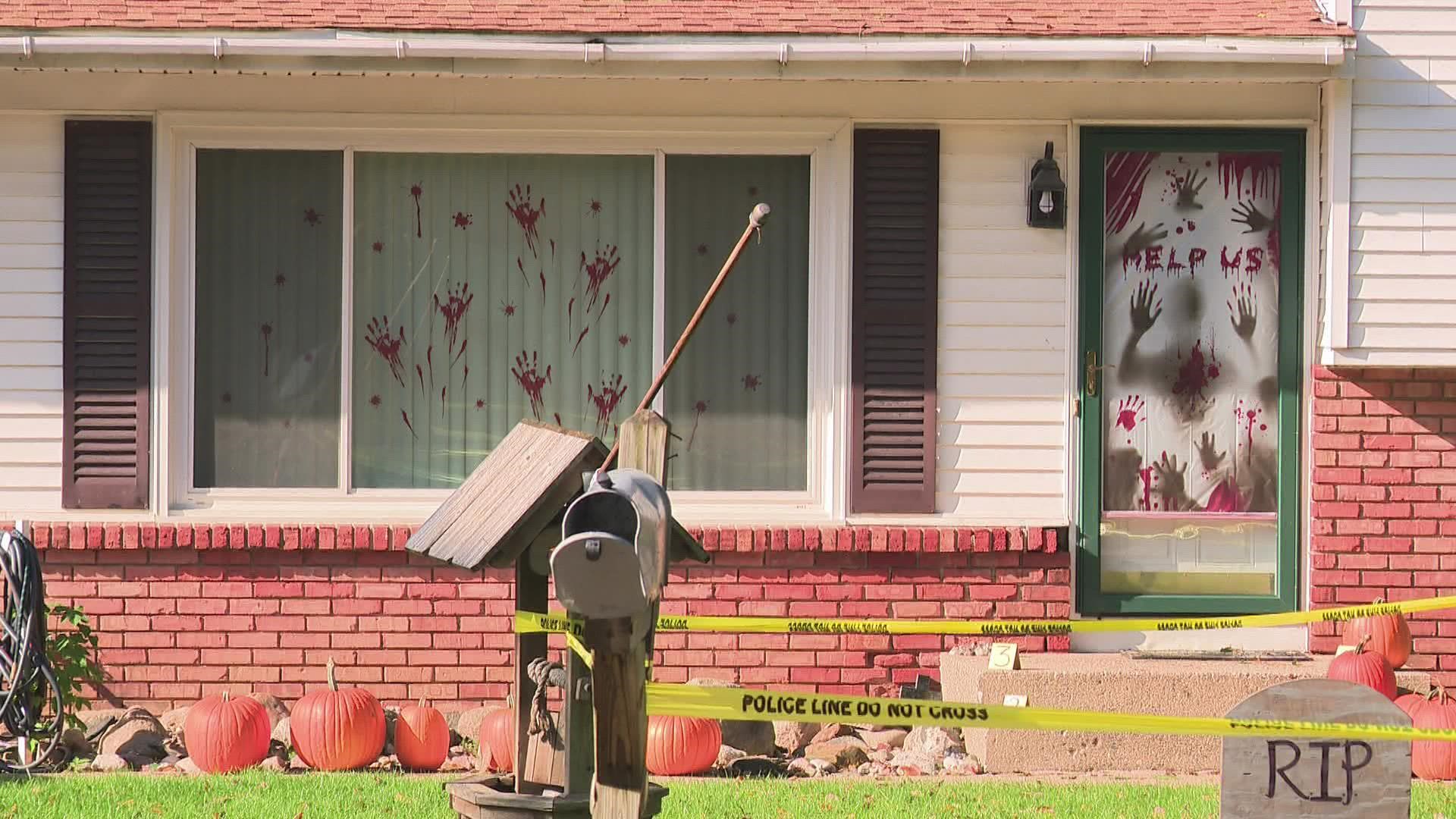 WALKER, Mich. — In the 18 years since Jon Siesling brutally murdered his mother and two sisters, their former home in Walker has been a target of constant harassment by passersby.

This year, the current residents of the home have come up with what many say is an 'insensitive' countermeasure — a front yard Halloween display — that sensationalizes the killings.

The home where the killings happened is located on Walker Avenue NW near Four Mile Road.

Today, nearly two decades later, a Halloween display featured in the front yard of the home is causing outrage in the community and on social media.

The creator of the display is the current homeowner, Amanda Gee, whose family was close friends with the Sieslings.

Amanda declined to do an on-camera interview with 13 ON YOUR SIDE, but was far from shy in sharing her reason for making the display.

"For 18 years, people have been driving by here honking, stopping to take pictures and yelling at me because I live here," Amanda said, through tears. "My son spent all four years at Kenowa Hills High School being bullied because of it."

"Since all everybody sees when they pass by is what happened here, I decided to just give it to them."

The display has three gravestones prominently displayed, surrounded by police tape. Numbered evidence markers dot the doorstep. The front door has silhouettes of people who appear to be in distress. The words "HELP US" are written in dripping red paint next to the silhouettes.

The front window of the home features several handprints which look like blood-soaked impressions.

The creation of the display at Jon Siesling's former home ironically comes a week after his re-sentencing court appearance. He was eligible to seek a lesser sentence, given his age at the time of the killings, but late last month, Kent County Circuit Judge Mark Trusock upheld the ruling.

Even though Amanda didn't want to be interviewed on camera, she did give 13 ON YOUR SIDE permission to publish her Facebook comment, as she wrote it, regarding the display.

I would like to address so many things that I’m reading in the comments section as it pertains to my house and our...

RELATED VIDEO: Ada family goes all out for spooky season 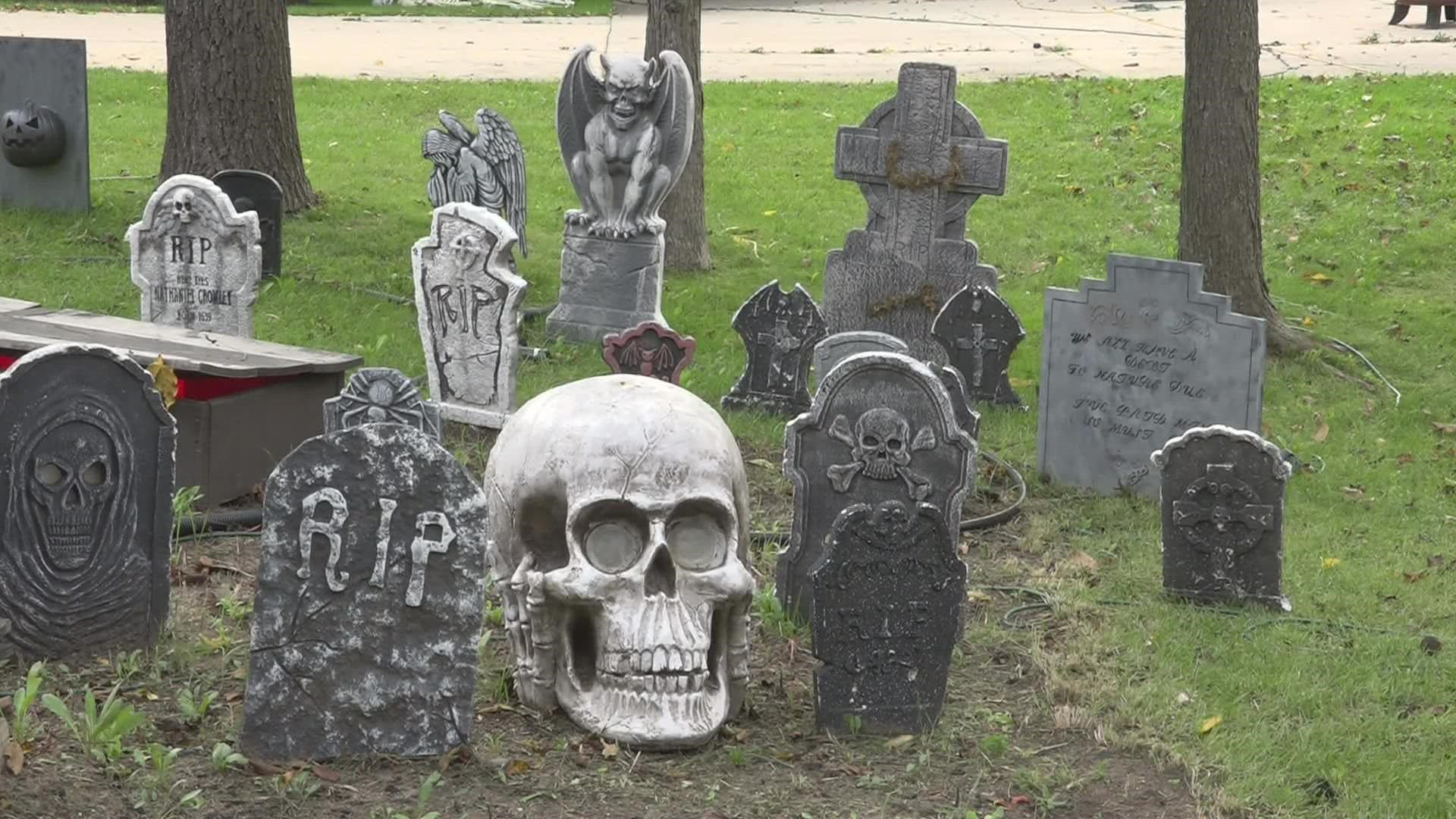 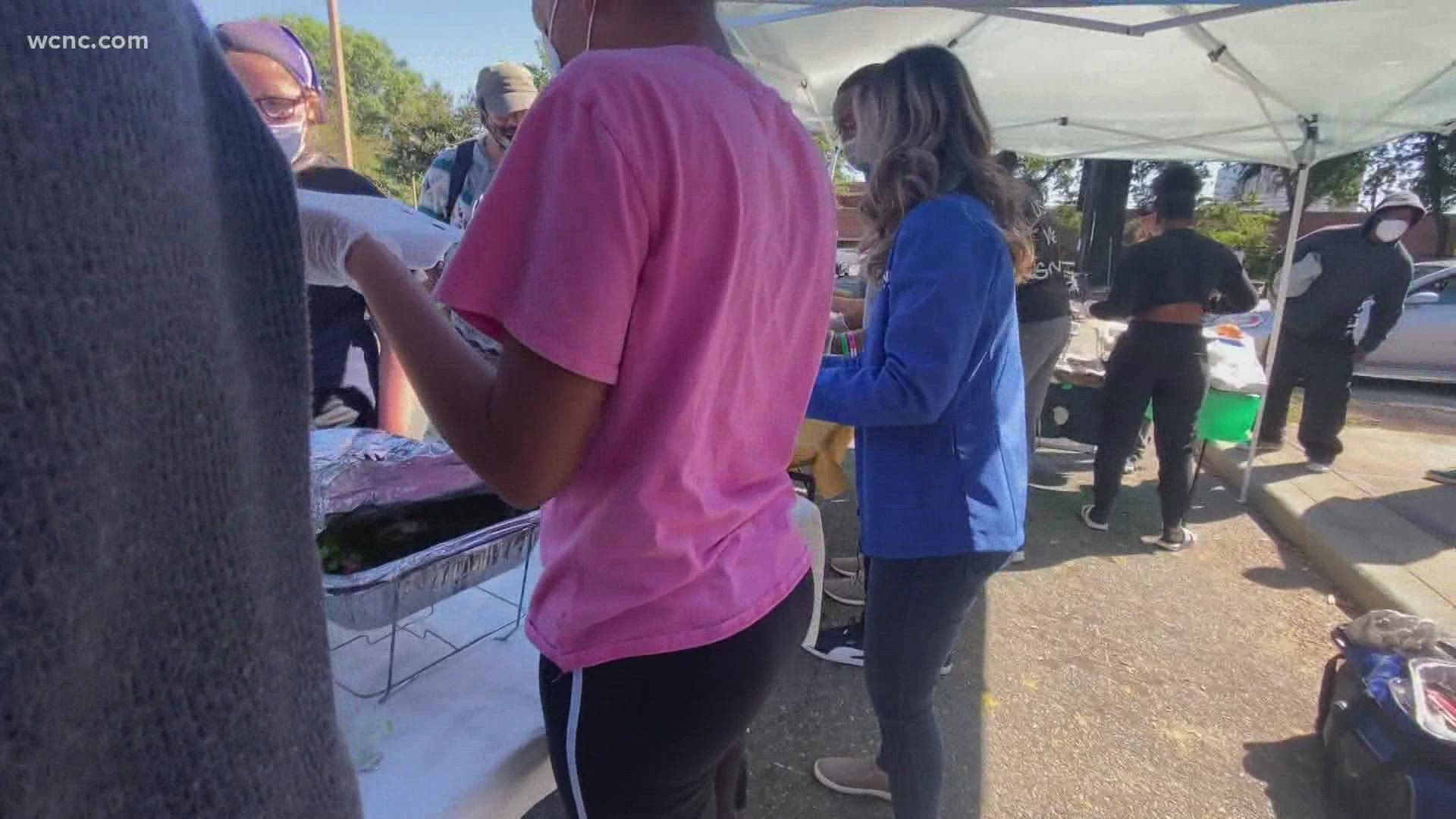