“The school has a teachable moment here where they can take the opportunity to teach kids who might be ignorant,” she said. 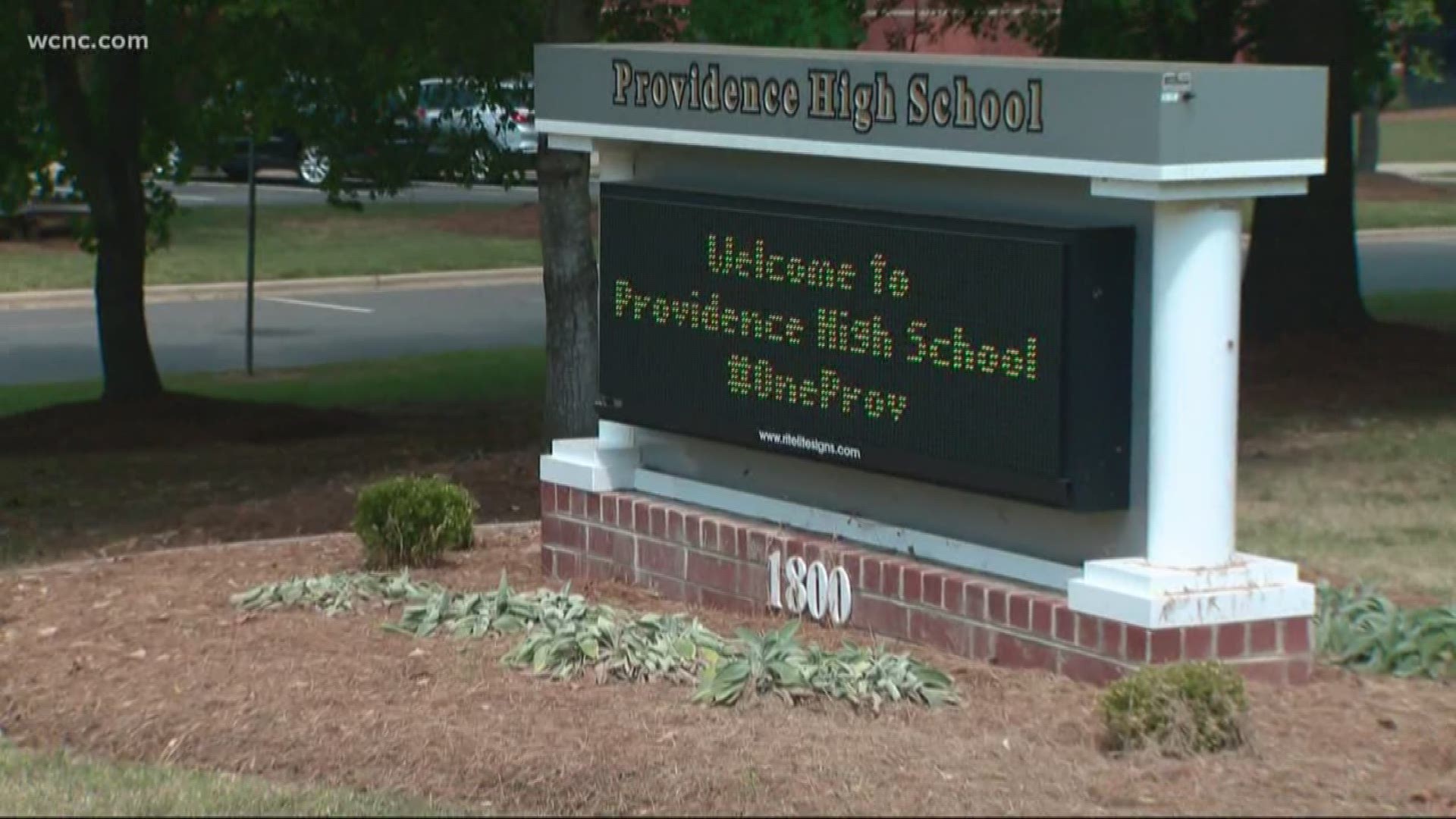 CHARLOTTE, N.C. — A mother is calling for action at Providence High School, after seeing an NBC Charlotte story about a hate crime investigation.

On Monday, NBC Charlotte reported that a teenage girl found an anti-Semitic note in her backpack last week, according to a police report. Now, another student’s mother says her son witnessed a hateful incident at the school last year.

She says he found graffiti of a swastika and a racial slur in the bathroom. Since then, she says she’s been pushing for anti-hate programs at the school, but it has not happened.

Suzy Catenazzo talked to NBC Charlotte by FaceTime from out of town. She says she doesn’t think the school took it very seriously when her son found hateful graffiti in the bathroom.

Now, there’s a different incident at the school that sparked a hate crime investigation.

“As a Jewish woman, I feel Antisemitism is something that should be taken seriously,” Catenazzo told NBC Charlotte. “It’s more than just hurtful, it's dangerous.”

It comes after police say a 16-year-old girl found an anti-Semitic note in her backpack. Catenazzo says it hits too close to home, after what her son experienced at Providence High School last year.

“My son saw some graffiti in the boys' bathroom last November, there was a swastika and a racial slur,” she told NBC Charlotte.

In the following days, she says she pushed for anti-hate programs and services at the school, but never saw anything come from it.

“I just felt that the school had not taken my report and follow up very seriously,” Catenazzo said.

Charlotte-Mecklenburg Schools did not confirm whether such an incident was reported to police, but the Charlotte Mecklenburg Police Department says they do not have a matching case on record.

In the latest incident, CMS referred NBC Charlotte to the following statement: "Charlotte-Mecklenburg Schools rejects racism, bigotry and intolerance in all forms. Messages, language or statements that seek to divide our community are in direct opposition to CMS values and standards the district seeks to teach students every day."

On Monday, the day the NBC Charlotte story first aired, Catenazzo says the school’s principal agreed to meet with her on Friday.

“The school has a teachable moment here where they can take the opportunity to teach kids who might be ignorant,” she said.

She hopes school leaders will agree to provide training for students on Antisemitism and hate speech.

CMS did not provide any information about the people involved in the latest case, citing federal student privacy laws.