One of the abuse allegations reportedly occurred at St. Michael's in Gastonia in the 70s. 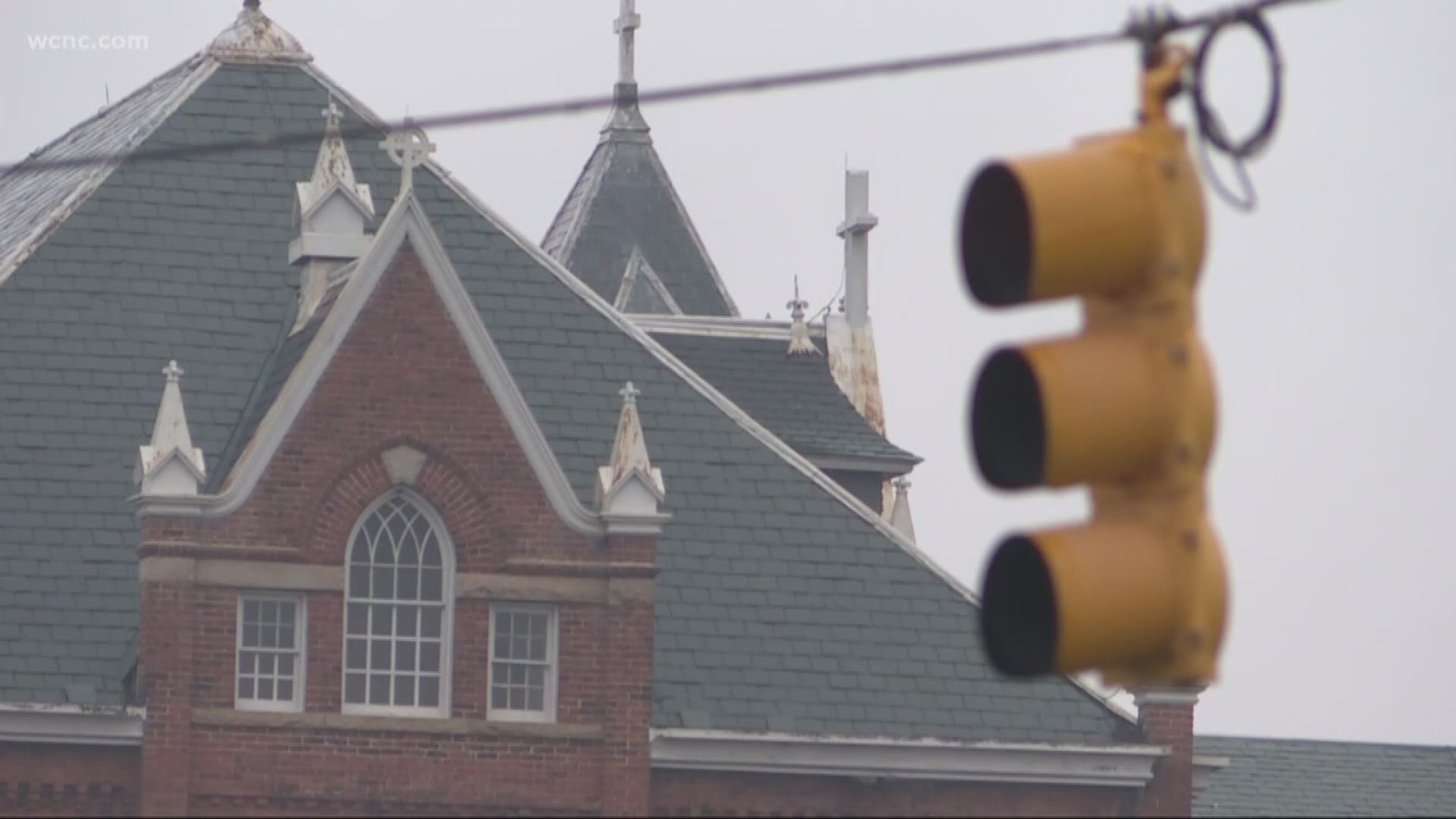 GASTONIA, N.C. — Two more clergy members who once worked in the Charlotte area are now linked to credible accusations of sexual abuse, confirmed by Belmont Abbey College only after the Diocese of Richmond outed both men last week.

"It is with profound sadness that I have to communicate to you information connected with the issue of clergy sexual abuse in the Church," Chancellor Abbot Placid Solari said. "I was in Richmond last week and, in cooperation with the Diocese of Richmond, two names of former monks of Belmont Abbey with credible accusations were released, one by the diocese and one by me."

According to Belmont Abbey, Donald Scales worked at the college for several decades, starting in 1948 before a sexual abuse accusation surfaced in 2006 in St. Michael's Parish in Gastonia.

NBC Charlotte has learned the abbot at Belmont Abbey personally drove to Virginia to make sure Scales' name was part of the list of clergy exposed.

According to the abbot, this was communicated to the superior of the monastery in Richmond by Bishop Peter Jugis. Scales was at that time elderly and no longer in pastoral ministry.

Belmont Abbey said the accusation against Frederick George took place in the Diocese of Richmond.

It brings the number of clergy credibly accused with ties to Charlotte to 14, but it could differ -- the Diocese of Charlotte has yet to release an official list.

"In November 1987, the Diocese of Richmond was contacted by parents who alleged that Frederick George had abused their son at St. Benedict Parish in the late 1970s," the abbot said. "He was removed as pastor of St. Benedict's and left residence at the monastery. He was briefly assigned by the bishop to other pastoral ministry in the diocese and removed himself in 1988 from ministry and religious life for several years. In 1991, he returned to Belmont Abbey. He received certification as a hospital chaplain and served from 1992-94 as a hospital chaplain. As was a usual practice at the time – very different from the current policy – he received two separate comprehensive psychological evaluations and two letters of suitability from two different psychologists. He was appointed chaplain at Belmont Abbey College from 1994-97. Frederick George left residence at Belmont Abbey and priestly ministry in July 1998 in order to care for his ailing mother. He was dismissed by the Holy See permanently from the monastic community and from priestly ministry in 2004."

Belmont Abbey said while there are no allegations involving monks working there today, they are moving forward with an independent investigation of personnel files to make sure there are no other credible allegations.

NBC Charlotte was supposed to sit down with a representative of the Catholic church, but they have since declined as the Bishop is expected to release a statement.

Leaders from the Catholic Church will be in Rome Thursday for a four-day summit on the protection of minors in the church.