Flu season is taking off in the Carolinas, new numbers show 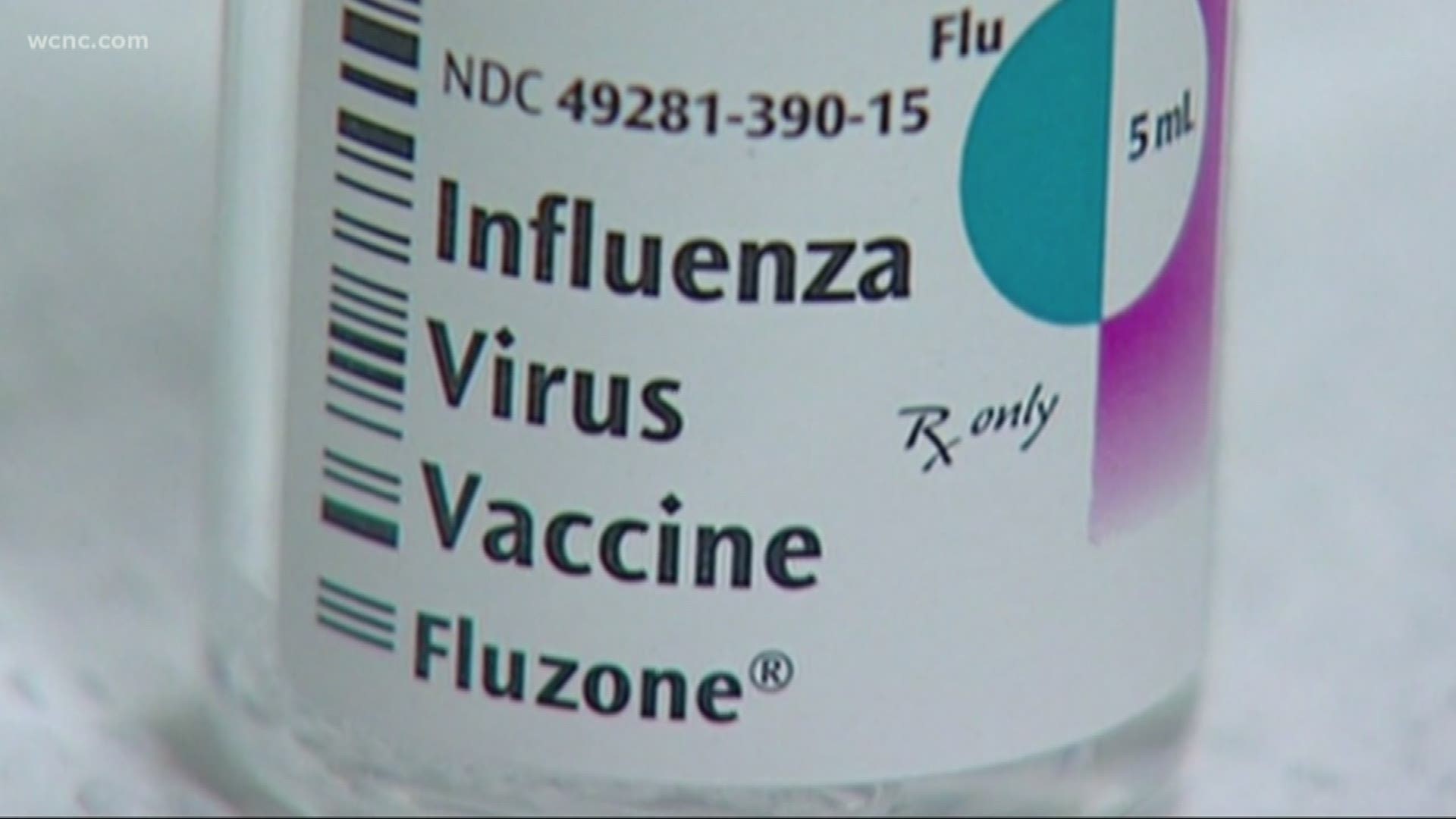 Dr. Stephen Lingo, internal medicine physician with Atrium Health, said he doesn’t expect this flu season to be extreme, but typically cases do start to increase after the holidays.

Lingo said anyone who has not received the flu shot should get it since that is considered to be the best defense against the virus.

"It is important for everyone who can to get a flu shot because that does help hurt immunity,” Lingo said.  “It does decrease the number of people who get the flu, who are hospitalized for the flu, and it decreases the number of deaths from the flu."

The CDC reports most flu activity is being caused by type B, influenza B/Victoria viruses, which is unusual for this time of year.

"Really, they both [type B and type A] will cause a flu-like illness,” Lingo said. “Flu shots will vaccinate against both, so clinically you won't really notice a difference whether you are one or the other."

At Walker’s Drug Store, pharmacists are bracing for a possible influx of patients needing flu medications.

"We haven't seen too many Tamiflu prescriptions come through,” said pharmacist Kavel Bhathela, “but I anticipate there should be some in the coming weeks due to the travel from the holidays."

Bhathela said the store is stocked up on the flu shot, Tamiflu, and other cold medication needs.

There is a new drug called Xofluza that can be prescribed for flu treatment this year that requires less doses than Tamiflu, Bhathela said.

"We've had a couple of patients try the Xofluza, and they did have a decreased outcome in the flu or duration of the flu,” Bhathela said, “but I think it's a little tough to tell because we haven't had too many people try it."

As a doctor, Lingo said Tamiflu would still most likely be the first choice for treatment of patients.

Nationwide, Centers for Disease Control numbers show hospitalization rates this season are similar to those seen at this time during other recent seasons.

Most of the high intensity patient reports have come from six southern states, from Texas to Georgia, CDC numbers show, and officials are saying the winter flu season could peak this month. Flu season usually hits its height in February, so some doctors are preparing for the worst.

CDC reports show 170 million doses of the flu vaccine have been distributed, and recommends that everyone 6 months of age and older get a vaccinated each season to protect against the influenza virus.

4.8 percent of deaths so far have been attributed to pneumonia and influenza this flu season, which is below the epidemic threshold of 6.8 percent. One new influenza-associated pediatric death which occurred during this 2019-2020 flu season was reported to the CDC this week, making the total six during the fourth week into this flu season.

RELATED: TOP 19: Doctors warn people not to kiss babies due to RSV on the rise

RELATED: More than 100 students out at Georgia school after dozens come down with the flu