Union County Public Schools said students were not in school as Monday was a teacher workday for the district. 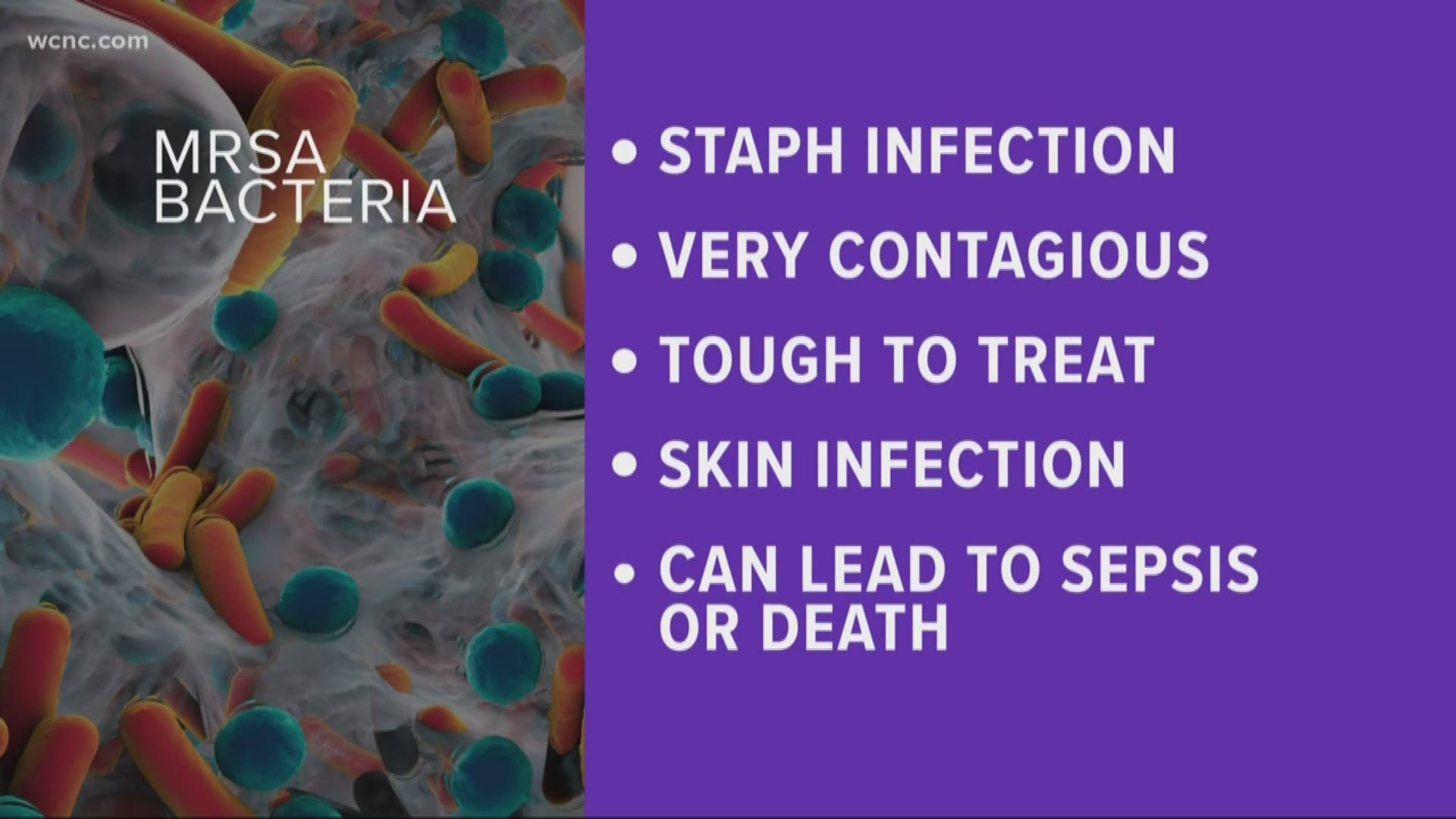 Union County Public Schools said students were not in school as Monday was a teacher workday for the district. The following message was delivered to parents Monday:

Hello, this is Principal Deaton at Union Elementary with an important message for parents.

"Today, we had a confirmed case of the MRSA staph infection reported. A strict protocol is followed when there is a confirmed case in any school. Letters are sent home with all students who are in the same classrooms, ride the bus and are in after school sports programs with the student who has been confirmed with the infection. In addition to the letter being sent home, all areas the infected student came in contact with are cleaned and sanitized.

I can assure you that we are working very closely with our school nurses and the Union County Health Department and are carefully following all established protocol. And please remember, if there is a confirmed case in your child’s classroom, the school will notify you by letter stating this.Thank you for your continued support, and I hope you and your family have a good evening."

According to the Centers for Disease Control & Prevention, MRSA is a cause of staph infection that is difficult to treat because of its resistance to some antibiotics. MRSA is usually spread in the community by contact with infected people or things that are carrying the bacteria. This includes through contact with a contaminated wound or by sharing personal items, such as towels or razors, that have touched infected skin.