Cases of acute flaccid myelitis (AFM) are spiking. Doctors said AFM only affects a few limbs at a time, and kids often recover, but not always. 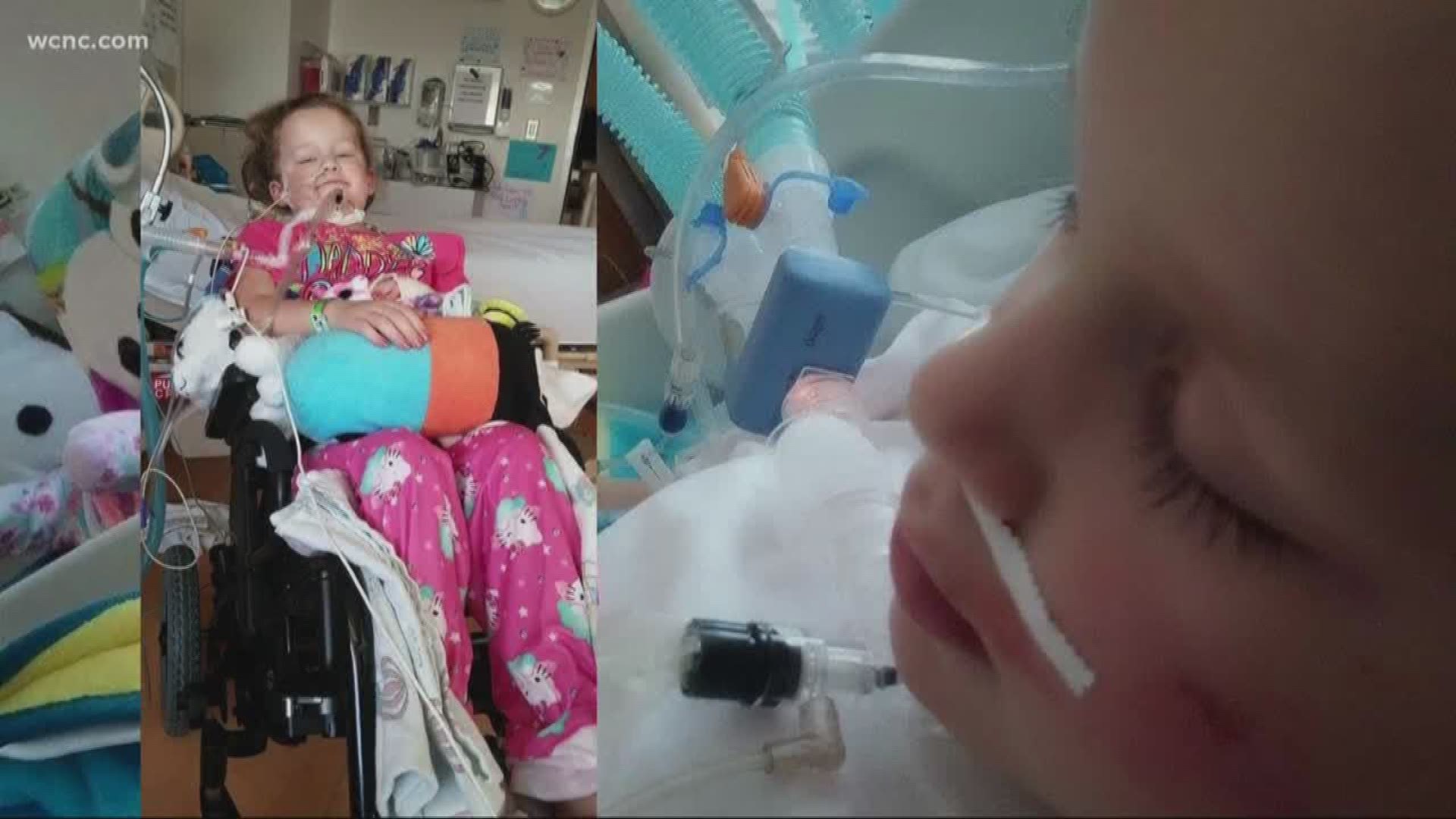 CHARLOTTE, N.C. — There are new, concerning details about that mysterious illness that's paralyzing children and has been confirmed right here in the Carolinas.

This year's total number of cases is now 72 with another 119 possible cases being investigated, according to the CDC.

"So she just kind of fell over, and she kept trying to walk but would fall over," said Nicole Daw.

"As a parent what's going through your head?" asked NBC Charlotte's Xavier Walton.

"It was terrifying," said Daw. "I had no idea what was going on."

It was a similar story for little Abigail in Atlanta.

"She woke up in the middle of the night and her left arm was completely paralyzed," said Erica Palacio, Abigail's mother. "She couldn't move at all."

AFM is a polio-like illness, and right now, it's spiking. Doctors said AFM only affects a few limbs at a time, and kids often recover, but not always.

McKenzie Anderson is now 10 years old. She's a quadriplegic who needs a machine to breathe.

"Without my ventilator, I would not be here talking," said McKenzie Anderson.

Four years ago, her mom said it all started with a cold. Then her first-grader complained about a stiff neck. Within two weeks, McKenzie's legs stopped working. By the time doctors figured out it was AFM, her fate had been sealed.

So now they raise awareness and push parents to get their kids tested for AFM -- even if a child has a common cold.

"One child is too many," said Angie. "This is just insane."