Charlotte ER doctor "scared," updating her will, missing her son

Dr. Gloria Tsan is one of several doctors organizing a PPE donation drive. She said doctors and nurses are dealing with a great deal of anxiety and fear. 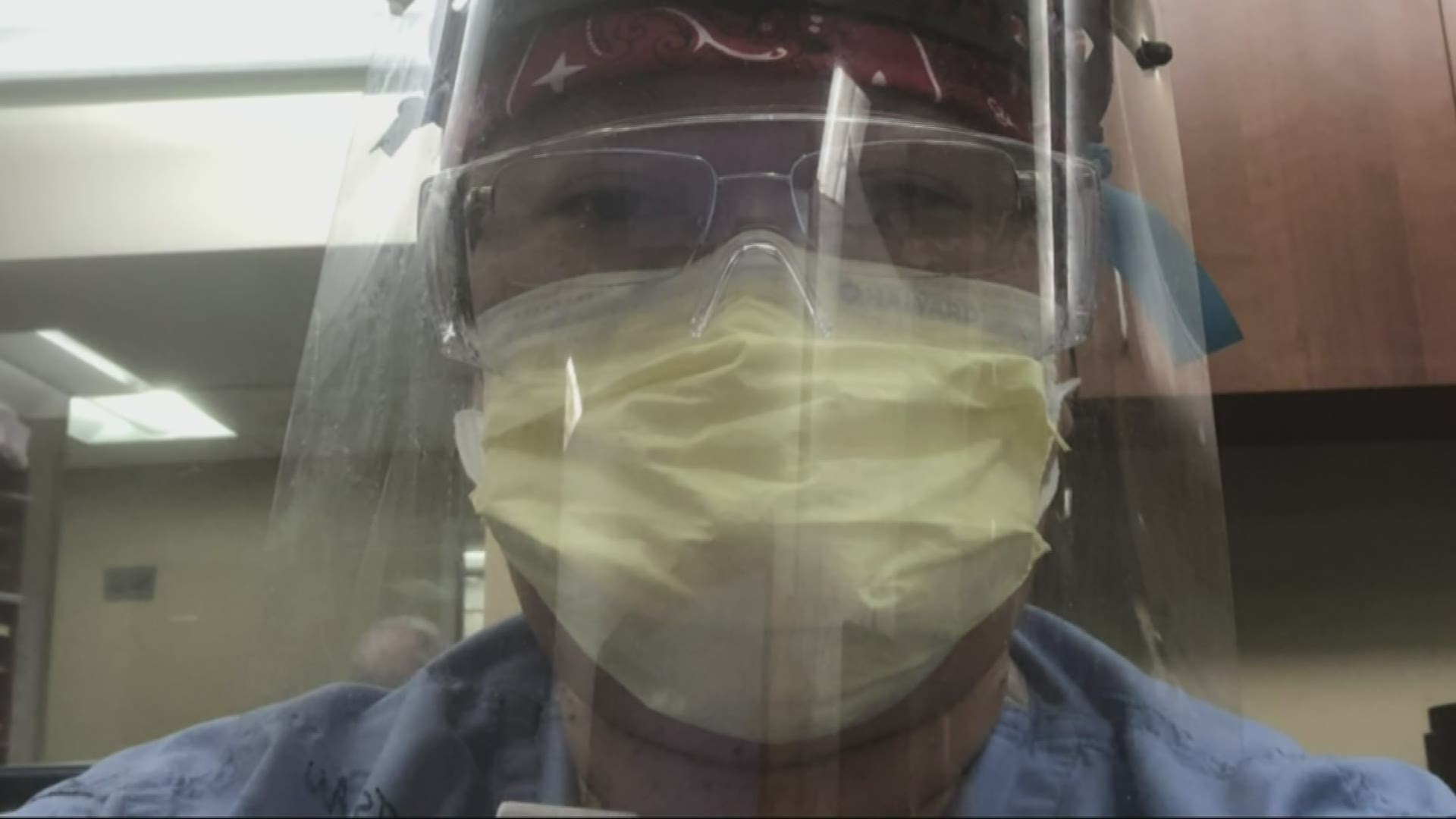 CHARLOTTE, N.C. — In between treating a growing number of COVID-19 parents inside a Charlotte emergency department, Dr. Gloria Tsan is worrying about the health of her friends, family, colleagues and her own health. Her list of things to do on her day off includes updating her will.

“I’ve been thinking about it for the last week. I’m scared,” the emergency medicine physician said Wednesday. “There are doctors and nurses that are hospitalized and dying from this in New York, ones that I know.”

Dr. Tsan trained and practiced in New York City before moving to Charlotte, where she and her spouse, an emergency room nurse, are raising their 11-year-old son. They sent him to indefinitely live with other family members on March 14 due to the increased risk of infection for those on the frontlines.

“Not being able to give my son a hug and a kiss or sit with him on the couch or see him every day is really hard for me,” she said.

It’s already hard enough for doctors and nurses. Dr. Tsan describes a significant amount of anxiety among her peers, especially as resources dwindle. As of Wednesday afternoon, only about 26% of the 3,223 intensive care unit beds in North Carolina were empty, according to state data.

“There’s certainly a little more every day. We have more and more people coming in in respiratory failure and the ICUs are filling up with patients on (ventilators). It’s starting to happen here for sure, she said. “The ones that are really sick are really sick and we’re treating them the best that we can.”

In response to limited Personal Protective Equipment (PPE), Dr. Tsan is one of several doctors organizing the CLTgivePPE donation drive.

As it stands, she’s already using a donated 3D-printed face shield and drinking as much water as she can in the morning so she doesn’t have to during the workday, which would compromise the limited number of masks.

Dr. Tsan said the emotional toll on both her professional and personal life is significant. In addition to the extra hour she’s now putting in at work with patients, she’s also spending about an hour at the end of her shift at home decontaminating. All she can hope now is the community is doing its part too.

“My old hospital in Brooklyn has trucks in the back, because the morgue is full,” she said. “I need Charlotte to open its eyes and see it before we end up like that.”